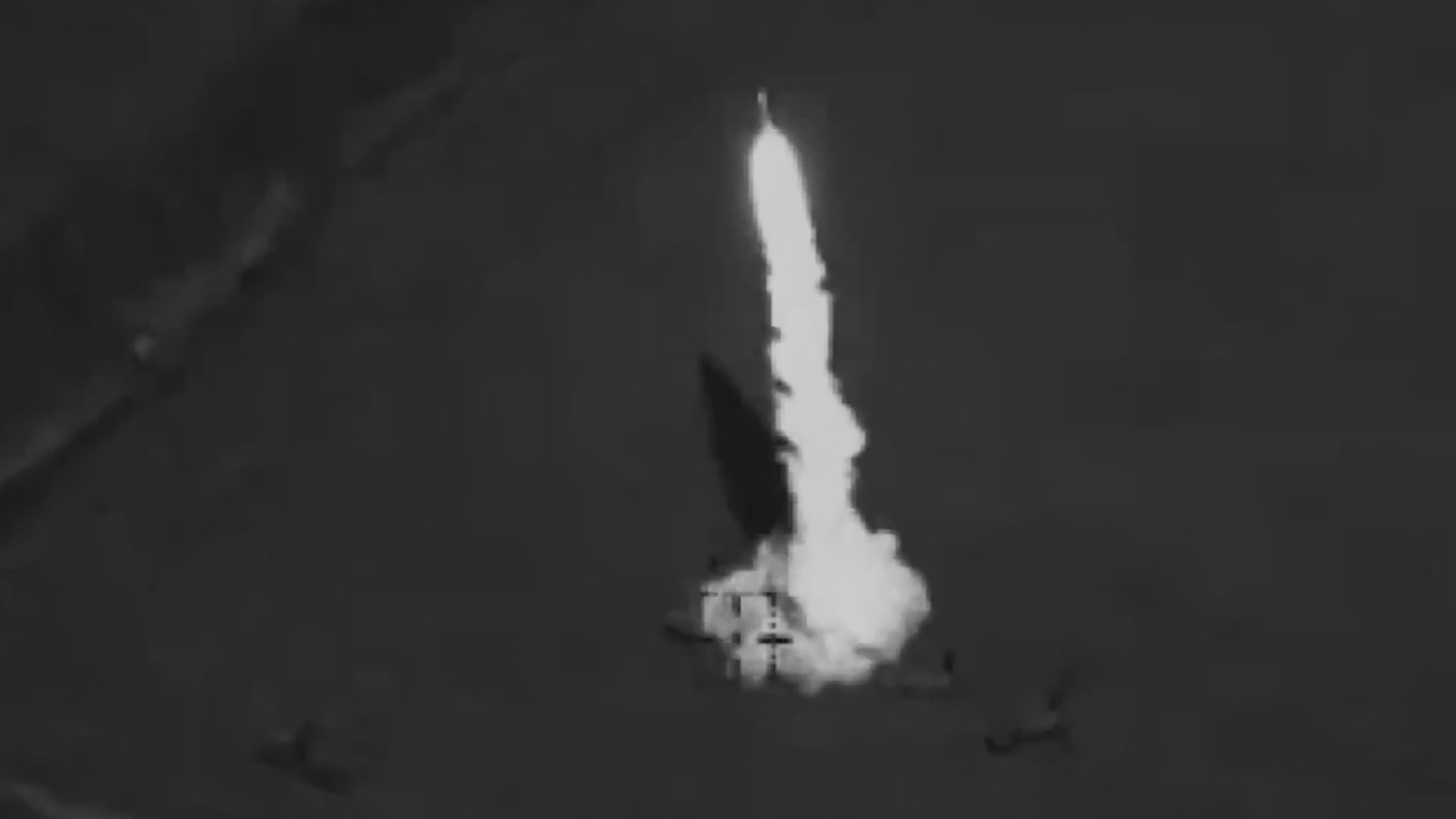 The Russian military has claimed to have destroyed 21 Ukrainian strongholds with high-precision missiles amid claims the UK is helping Volodymyr Zelenskyy produce morale-boosting propaganda videos.

The Russian Ministry of Defense (MoD) said in a statement on June 3: “High-precision air-based missiles of the Russian Aerospace Forces have hit 21 areas of concentrated AFU (Armed Forces of Ukraine) manpower and military equipment during the day.

“The attacks resulted in the elimination of over 360 nationalists and 49 weapons and military equipment including 1 detection and airspace control radar station in Slavyansk, Donetsk People’s Republic.

“Against the backdrop of Kiev’s political catastrophe in Mariupol and military failures in Donbass, the Kiev regime, with British financial support, has organized the production of ‘morale-raising’ videos for Western and Ukrainian audiences.

“In particular, on May 28, staged video was filmed near Meshkovka, Nikolaev region, of the alleged ‘high efficiency’ of the use of Western weapons by Ukrainian nationalists.

“To add more drama to the future film, at the insistence of British supervisors, a re-enactment of a fake battle between Ukrainian Nazis and outnumbered ‘Russian soldiers’ was created on the set.

“The roles of the ‘opponents’ of the Ukrainian Nazis in the staged short film were performed by members of the local territorial defense unit wearing red armbands.

“In the absence of trophy Russian equipment, the mock enemy appears in the frames using Ukrainian APCs and armored vehicles.

“The next video shoot is scheduled for June 5 and 6. The videos will focus on staged testimonies of ‘ordinary Ukrainians’ accusing Russia of allegedly deliberately shelling civilian populated areas.”