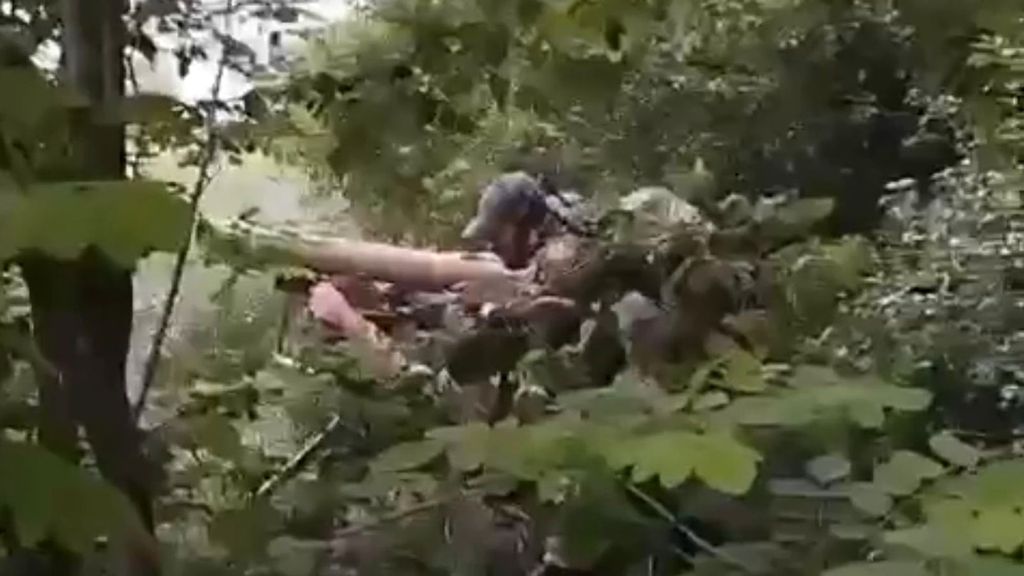 Ukraine Armed Forses destroyed in the battle 3 Russian BTR and live power of up to 20 people. (The First Special Brigade of Special Purposes named after Ivan Bohun/Zenger)

This video purports to show a Ukrainian missile man scoring a direct hit on a sitting-duck Russian armored personnel carrier after it tried but failed to blend into a field.

The footage was obtained from the 1st Separate Special Purpose Brigade of Ukrainian Armed Forces named after Ivan Bohun earlier on Friday, June 3.

The brigade said (in Ukrainian): “In the Kherson direction, three enemy armored personnel carriers, 20 troops and four mercenaries from the Wagner Private Military Company were destroyed as a result of coordinated work of the 1st Battalion of the 1st Separate Special Purpose Brigade named after Ivan Bohun, together with snipers from the 17th Tank Brigade and the Alpha Group with help from the RK-3 Corsar.”

Wagner Group mercenaries – who fight on the side of forces aligned with the Kremlin – have reportedly taken part in various conflicts around the world.

These include the civil wars in Syria, Libya, the Central African Republic and Mali.

In areas where they have been deployed, Wagner operatives have been accused of war crimes, including rapes and robberies of civilians.

Elements of the group have been linked – ironically, given Russian President Vladimir Putin’s stated aim to “denazify” Ukraine – to Neo-Nazis and far-right extremists.

Many experts have speculated that the “private” group is actually a covert branch of the Russian Ministry of Defense and ultimately reports to the Kremlin.

The RK-3 Corsar is a portable anti-tank guided missile developed by the Luch Design Bureau, which is headquartered in Kyiv, Ukraine. It entered service in 2017.

The General Staff of the Armed Forces of Ukraine reported earlier today that from February 24 to June 3, Russia had lost nearly 30,950 troops during the invasion.

Russia invaded Ukraine on February 24 in what President Putin initially called a “special military operation” to “demilitarize and denazify” Ukraine.

The Kremlin is still referring to the invasion as a “special military operation” but now says the goal is to “protect Donbass”. June 3 marks the 100th day of the invasion.