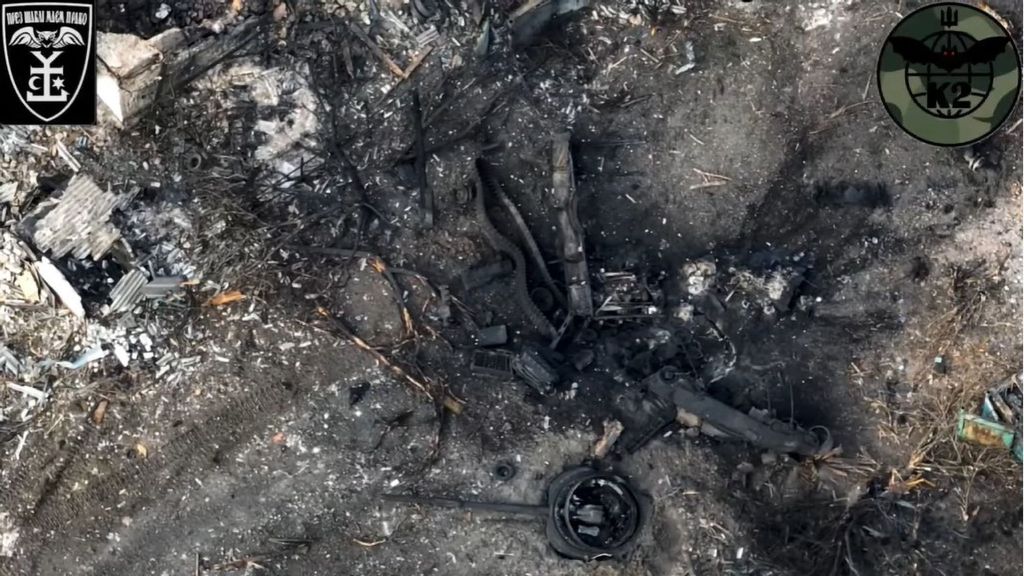 This is the moment Ukrainian soldiers blitz a column of Russian tanks trundling through a Donbas town and obliterate at least one.

The Battle Group K2 of the 54th Mechanized Brigade of the Ukrainian Ground Forces, part of Operational Command East, said they came across the ‘uninvited tourists’ wandering the deserted streets of Marinka, a town in the eastern Ukrainian region of Donetsk Oblast.

The military group said on June 2: “Another success: ‘tourists’ in the Donbas region are missing their armored vehicles!

“Dear compatriots! We continue to show you another journey of our uninvited ‘tourists’ wandering the deserted streets on the outskirts of Marinka, Donetsk region.

“A navigator of the nearby ‘tourists’ took their heavy forbidden cars to the town’s narrow streets where guys from the K2 reconnaissance group, with the help of other workers, carried out scheduled repairs.

“After meeting our repair devices, the tourists’ cars as always fail. And one car will have to be collected from the road for spare parts!”