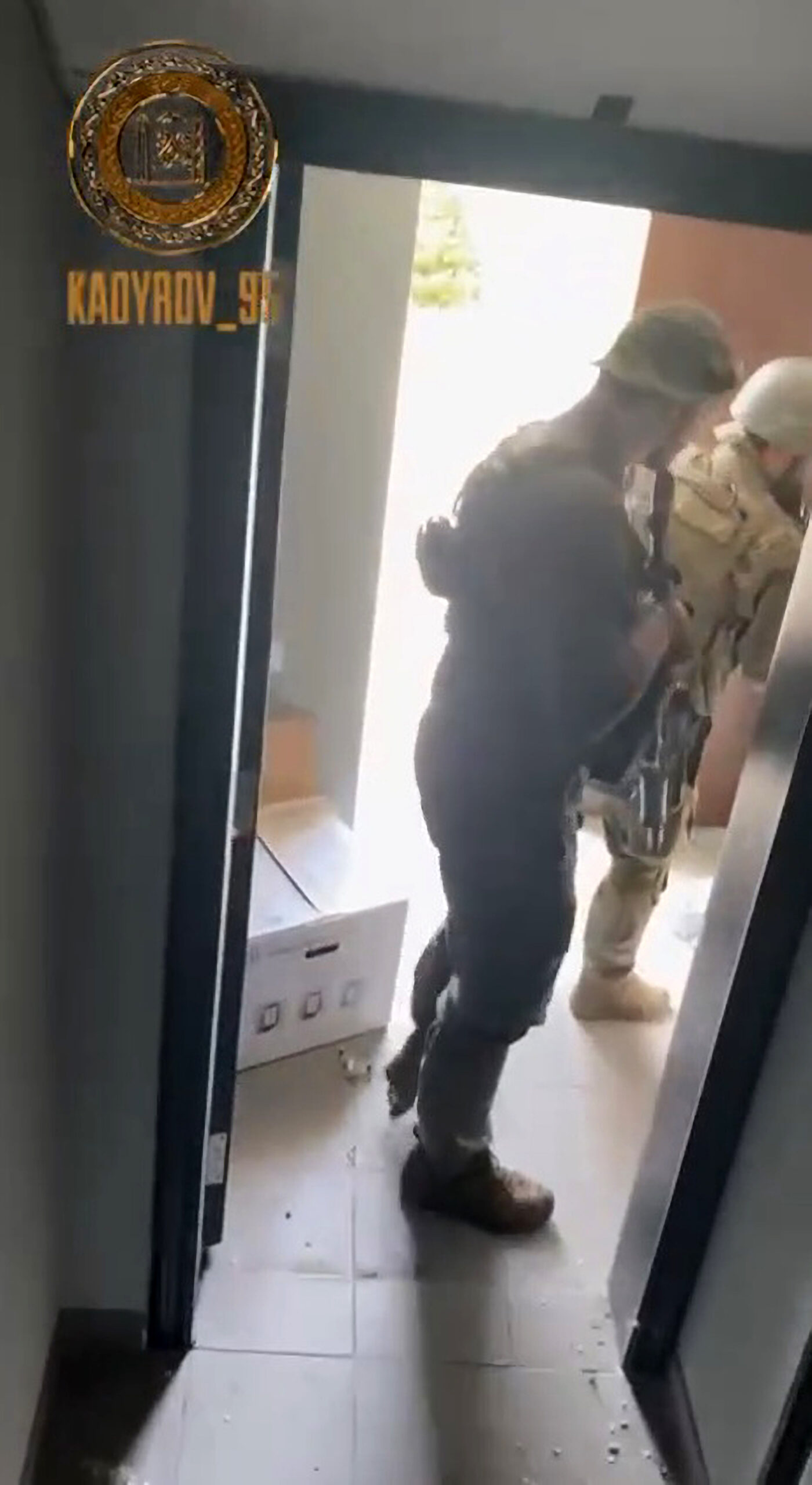 Chechen military units and the People’s Militia of the LPR completed an operation to clear the city of Severodonetsk. (@RKadyrov_95/Zenger)

The Chechen leader and Vladimir Putin ally Ramzan Kadyrov has declared victory over the besieged eastern Ukrainian city of Severodonetsk.

Ukrainian officials said on Wednesday, June 1 that Russian forces had taken most of Severodonetsk, in the Luhansk Oblast of eastern Ukraine’s Donbas region, but that Ukrainian forces were still in control of about 20 percent of the city.

But the Chechen leader has claimed that “warriors from the Chechen Republic, together with the people’s militia of the LPR and other Russian power units, completed the total cleansing of Severodonetsk.”

The controversial leader added: “The fighters moved on to the next stage – a more thorough random check of individual urban objects.”
⠀
Kadyrov also stated: “The fighters know their business very well and therefore act with composure inherent in professionals.”
⠀
He added: “The stronghold of the Ukronazi troops – the building of the Main Directorate of the SBU and the surrounding area have been completely cleared.”

The SBU is the Security Service of Ukraine, the law enforcement authority and main intelligence and security agency of the Ukrainian government. The footage accompanying Kadyrov’s statement appears to show pro-Russian forces taking the local SBU building.

The soldiers can be seen sporting the now infamous letter ‘Z’ on their uniforms as they make their way through the building. Soldiers are also shown apparently greeting locals and making their way through other parts of the city.

He said that the Ukrainians, who he labeled as “Nazis”, had “abandoned their offices and fled, but left many ‘surprises’ in the form of improvised explosive devices. Our sappers dispose of them without fail.”
⠀

Kadyrov also claimed: “The locals greet the Russian soldiers with relief and joy, joking about the fact that the Germans have already been expelled, which means that everything will work out now.”
⠀
He also said: “Forward, liberators! The enemy in the city is defeated. The situation is under the full control of Russian units.”

None of the statements made by Kadyrov could be independently verified.

Ukrainian President Volodymyr Zelenskyy has said that Ukraine is losing between 60 and 100 soldiers every day in the Donbas region.

From February 24 to June 2, the total combat losses of Russian troops stood at around 30,850 personnel, according to the General Staff of the Armed Forces of Ukraine.

President Zelenskyy has called Russian strikes on a nitric acid tank in the besieged eastern city of Sievierodonetsk “madness”. Residents of Sievierodonetsk have been warned to remain in bomb shelters and to prepare masks to protect against toxic fumes as the fighting intensifies.

The Russian Ministry of Defense (MoD) said in a statement on Wednesday, June 1 at 6 a.m., that the Yars mobile missile systems, which can carry nuclear warheads and which boast a reported range of over 10,000 kilometers (6,200 miles), were performing “intensive maneuvering operations on combat patrol routes in the Ivanovo Region”, east of the Russian capital Moscow.