Back To The Gym: Americans Struggle To Resume Their Pre-Pandemic Fitness Routines

The study of 2,000 adults revealed nearly seven in 10 in the U.S. abandoned their fitness routines during the pandemic.
By Simona Kitanovska June 6, 2022
Facebook
Twitter
Linkedin
Email 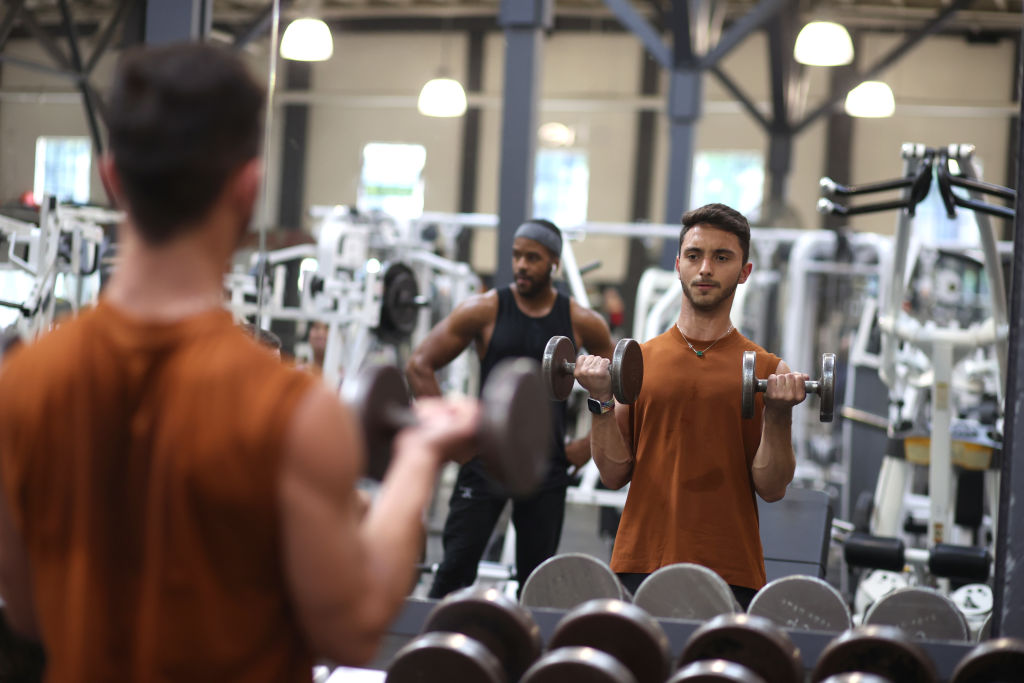 Gabriel Carvalho works out without a face mask a Fitness SF gym on October 15, 2021 in San Francisco, California. (Photo by Justin Sullivan/Getty Images)

Three in four Americans have recently experienced injuries while working out — and a new study suggests the pandemic is to blame.

The study of 2,000 adults revealed nearly seven in 10 in the U.S. abandoned their fitness routines during the pandemic.

While 88 percent were determined to return to their pre-pandemic form, getting back into shape has proven to be far more daunting than expected.

Over half (56 percent) said an injury in the past is to blame for not getting back into their favorite physical activities, and 41 percent blame the pandemic.

Setbacks such as wearing masks during workouts (60 percent), catching COVID-19 (58 percent), and changing the types of exercises they would need to do (57 percent), impacted their exercise routines.

According to the research conducted by OnePoll in partnership with CURAD , four in five have recently injured themselves while training — only adding to their workout woes.

Of them, 64 percent said they jumped back into their routine too quickly after being sedentary for too long, 56 percent returned to their competitive sport activities too soon, and 45 percent either pulled a muscle or moved too quickly.

Eighty-five percent of respondents overall said their injuries had prevented them from getting back in shape, with 92 percent taking their injuries into consideration when working out and 90 percent changing their routines to accommodate.

Still, nearly half (46 percent) fear their injuries will impact their future physical performance.

“It’s important to ease back into your old workout routine, especially if you’ve been away for a while,” said NCAA Team Physician and Orthopedic Surgeon Dr. Gloria Beim.

“Jumping back in too quickly can put you at risk of pulling muscles or even more serious injuries.”

Four in five (83 percent) respondents said their desire this year is to get back to their “peak performance days” — estimated to be when they feel at their prime, at 28 years of age on average.

The study also found it takes the average person 10 weeks to recover from their injuries, but many don’t want to wait that long.

“Give your body a chance to build up its endurance and muscle memory,” Beim adds.

“Using the proper fitness gear, including supports, wraps, kinesiology tape, bandages and cooling sprays can also help you get back into the game.”

«Previous Post
Now What: Nearly A Fifth Of Americans Admit To Not Having A Post-Graduation Plan»Next Post
Whole Latte Love: Artist To Teach Fans How To Make Her Stunning Coffee Creations