‘I want to be the first undisputed 122-pound champion,’ Fulton says. 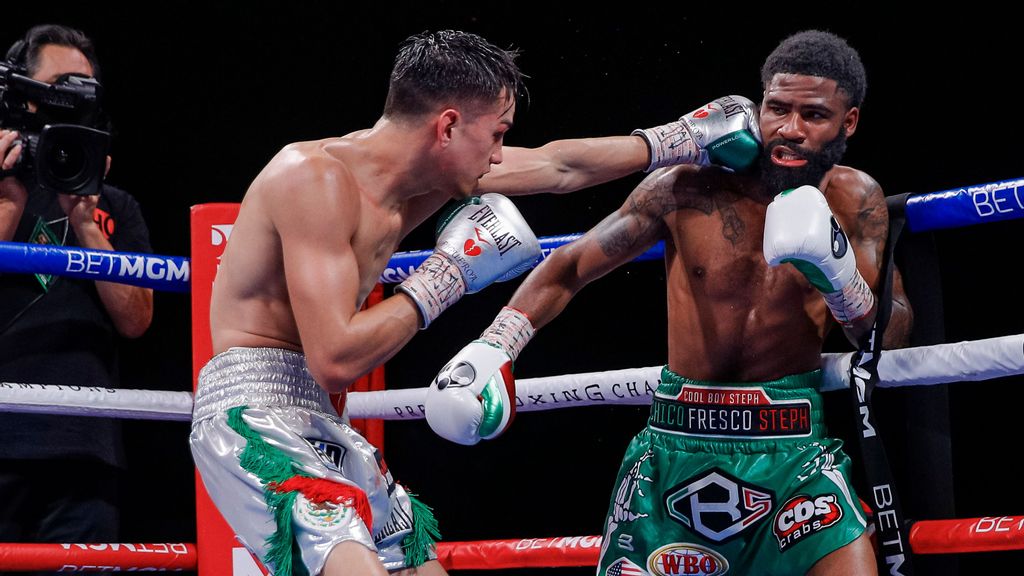 Daniel Roman knows what it’s like to lose his title in the ring. Now, he wants Stephen Fulton to feel the same way.

Roman has won twice since January 2020, when he was dethroned as IBF/WBA champion following a disputed split decision loss to undefeated southpaw Murdjon Akhmadaliev.

Fulton abandoned his stick-and-move style during a toe-to-toe classic in November’s narrow decision over Brandon Figueroa, which added the WBO 122-pound title to his WBC version.

Akhmadaliev tied Leon Spinks’ record for the fastest male fighter to become a unified champion in his eighth fight by vanquishing Roman, while Fulton became the eighth unified champion in the 45-year history of the super bantamweight division by defeating Figueroa.

“I have unfinished business because the loss to MJ [Akhmadaliev] is always on my mind,” said Roman, 32, of Los Angeles. “I do believe that I won the fight with MJ, but the only way to get back to him is to go through Stephen Fulton.”

The winner of Saturday’s bout can become an undisputed champion with a victory over Akhmadaliev if he succeeds in defending his crown against Ronny Rios (33-3, 16 KOs) on June 25.

“I want to be the first undisputed 122-pound champion,” Fulton said. “The only way I can do that is by beating Daniel Roman.”

“That was a hard-earned victory, and I pulled it out. That fight was a war. It was special because the fight was a classic from round one to round 12,” said Fulton, 27, of Philadelphia.

“When you have fights of that caliber, and you’re the winner, it’s amazing and a helluva feeling. Then again, I’m going to always find a way to pull out that victory. It was a tough fight against a tough person, but Roman is a more technical fighter.”

Leo had won a clash of unbeatens by unanimous decision over southpaw Tremaine Williams for the crown in August 2020.

Another big victory early on was Fulton’s shutout unanimous decision victory over two-time title winner Paulus Ambunda, whom he dethroned as IBO champion in May 2019.

As a result, Fulton in ranked No. 1 by some boxing-related organizations.

“It feels good to be No. 1, but my goal has always been to be the undisputed champion, and after winning this fight, I would definitely like to go after Murodjon Akhmadaliev,” said Fulton.

“We’ve been on this path for a long time. I highly believe in my intelligence, abilities, speed and power. My spirit and energy are better than ever overall. I feel great, and I can’t wait to get into the ring and display all of my abilities.”

Nicknamed “the Baby-Faced Assassin,” Roman traveled to Kyoto, Japan, in September 2017 to dethrone southpaw WBA champion Shun Kubo, flooring him twice on the way to a ninth-round TKO victory before his hometown fans.

“I’ve beaten undefeated fighters before, but Fulton is a smart fighter who can do a little bit of everything. I anticipate it being a mind game with some boxing and some brawling, but if I get an opportunity to take him out, I’ll take him out.”

Roman has won his past two bouts by unanimous decision over left-handed former champion Juan Carlos Payano (September 2020) and Ricardo Espinoza Franco (May 2021).

“I’ve worked my way back to this position with a lot of sacrifice, dedication and perseverance. These opportunities don’t come by for most fighters,” Roman said. “I’m fighting for two world titles this time, for the WBC and WBO belts, and best believe I’m going to leave everything in the ring.”

«Previous Post
Reel-To-Reel Lives On: TapeHeads’ NFTs Tap Into Nostalgia For Music Lovers»Next Post
Queenie Donaldson Steps From Behind The Scenes To Receive Her Crown