The Russian paratroopers spell out ‘ZOV’ in the sky to show their support for the ‘special military operation’ in Ukraine.
By Lee Bullen June 3, 2022
Facebook
Twitter
Linkedin
Email 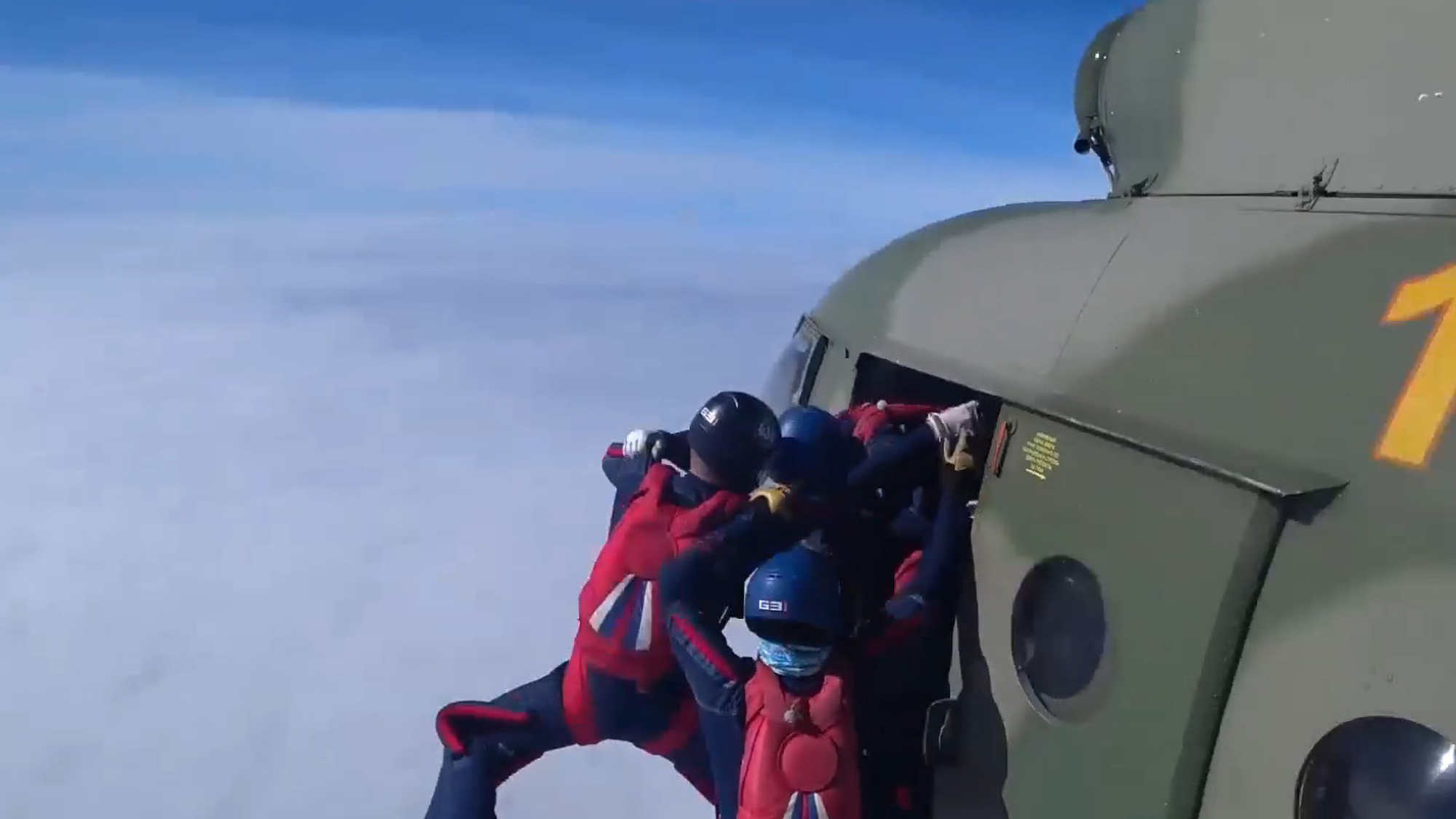 CSKA and Western Military District skydivers create ZOV in the Sky. (Ministry of Defense of Russia/Zenger)

A video propaganda clip released by Russian defense officials shows paratroopers spelling out ‘ZOV’ in the sky in support of the ‘special military operation’ in Ukraine.

The military skydiving formation was shared by the Russian Ministry of Defense (MoD) on June 1.

The Russian military said the aerial spectacle was performed by CSKA (Central Sports Club of the Army) and Western Military District skydivers.

The Ministry of Defense said: “CSKA and Western Military District skydivers held an event in support of participants in the special military operation.

“As part of the Russian Armed Forces’ Parachuting Cup, CSKA and Western Military District skydivers lined up in free-fall formations to make the shape of the letters Z, V and O in support of participants in the special military operation.”

However, some confusion still remains about what the Russian military’s use of the Latin characters means.

The Russian MoD previously said in March that the ‘Z’ symbol is an abbreviation of ‘for victory’, later changed to ‘for peace’, while the ‘V’ stands for ‘strength in truth’ or simply ‘for truth’.