Rhin-Odorable: First Steps Of Newborn Rhino Calf As He Walks Out With Mom

Basel Zoo is one of the biggest zoos in Central Europe. Founded in 1874, it is the oldest zoo in Switzerland.
By Thomas Hochwarter June 3, 2022
Facebook
Twitter
Linkedin
Email 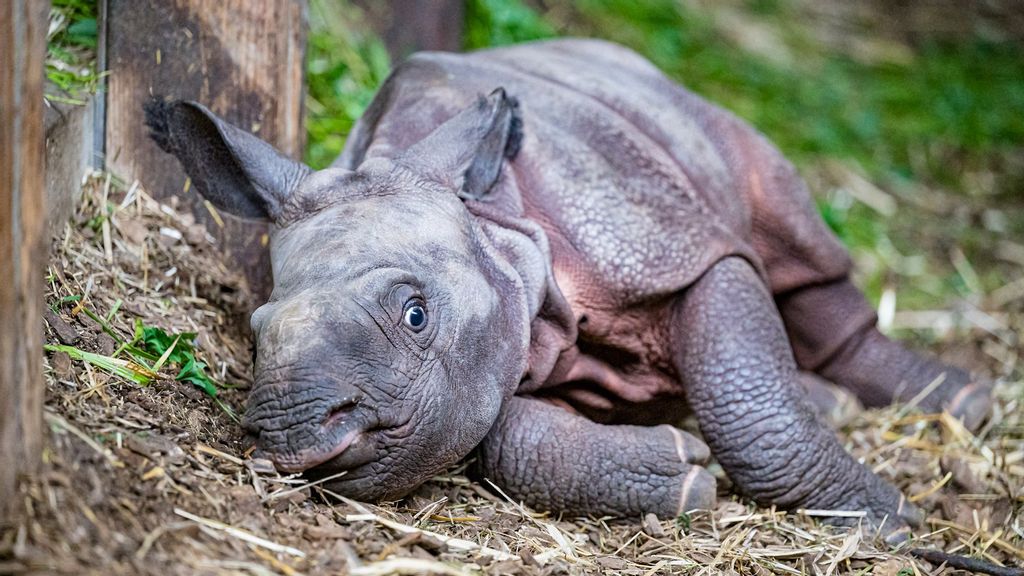 The little Indian rhino (Rhinoceros unicornis) that was recently born at the Basel Zoo located in Switzerland. (Zoo Basel/Zenger)

An adorable newborn rhino calf charmed animal lovers with his first steps in public with his mom.

Basel Zoo in Switzerland released the footage as it announced that the male calf named Tarun was born on May 13, at 11.35 p.m.

Its mom, 28-year-old Quetta, is doing fine, they added.

Tarun is Quetta’s fifth child and the 36th rhinoceros born at Basel Zoo.

Basel Zoo is also participating in different species protection projects initiated by the International Rhino Foundation (IRF), a charity organization based in Fort Worth, Texas, in the United States, which focuses on the conservation of rhinos.

Basel Zoo said Quetta was 16 months – or 498 days – pregnant, adding that the name of the baby’s dad was 28-year-old Jaffna.

The zoo’s rhino keepers decided to close their rhino house for visitors for several weeks to give the mom and newborn some privacy.

The ban was lifted earlier this week – to the delight of Tarun’s many new fans.

The young calf is thriving on mom’s milk which he will continue to drink for a year.

Tarun’s behavior in his first few days has been described as “shy and reluctant.”

However, he has recently shown more courage in discovering his surrounding.

But protective mom Quetta continues to keep an eye on her newborn.

Basel Zoo is currently home to five Indian rhinos: Tarun’s parents Quetta and Jaffna as well as his brother Orys, 5, and female 5-year-old Shakti who was relocated from Pilsen Zoo in the Czech Republic.

Basel Zoo is one of the biggest zoos in Central Europe. Founded in 1874, it is the oldest zoo in Switzerland.

The Indian rhinoceros (Rhinoceros unicornis) is a rhinoceros species native to the Indian subcontinent.

It is listed as vulnerable on the International Union for Conservation of Nature’s (IUCN) Red List as populations are fragmented and restricted to less than 7,700 square miles.

The IUCN is an international organization working in the field of nature conservation and sustainable use of natural resources headquartered in the Swiss town of Gland.

The extent and quality of the rhino’s most important habitat, the alluvial Terai-Duar savanna and grasslands and riverine forest, is considered to be in decline due to human and livestock encroachment.

As of August 2018, the global population was estimated to comprise 3,588 individuals.

Indian rhinos once ranged throughout the entire stretch of the Indo-Gangetic Plain, also known as the North Indian River Plain. This 172-million-acre fertile plain encompasses parts of India, Pakistan, Bangladesh and Nepal.

However, excessive hunting and agricultural development reduced its range drastically to open grasslands and wetlands in national parks in northern India and southern Nepal.