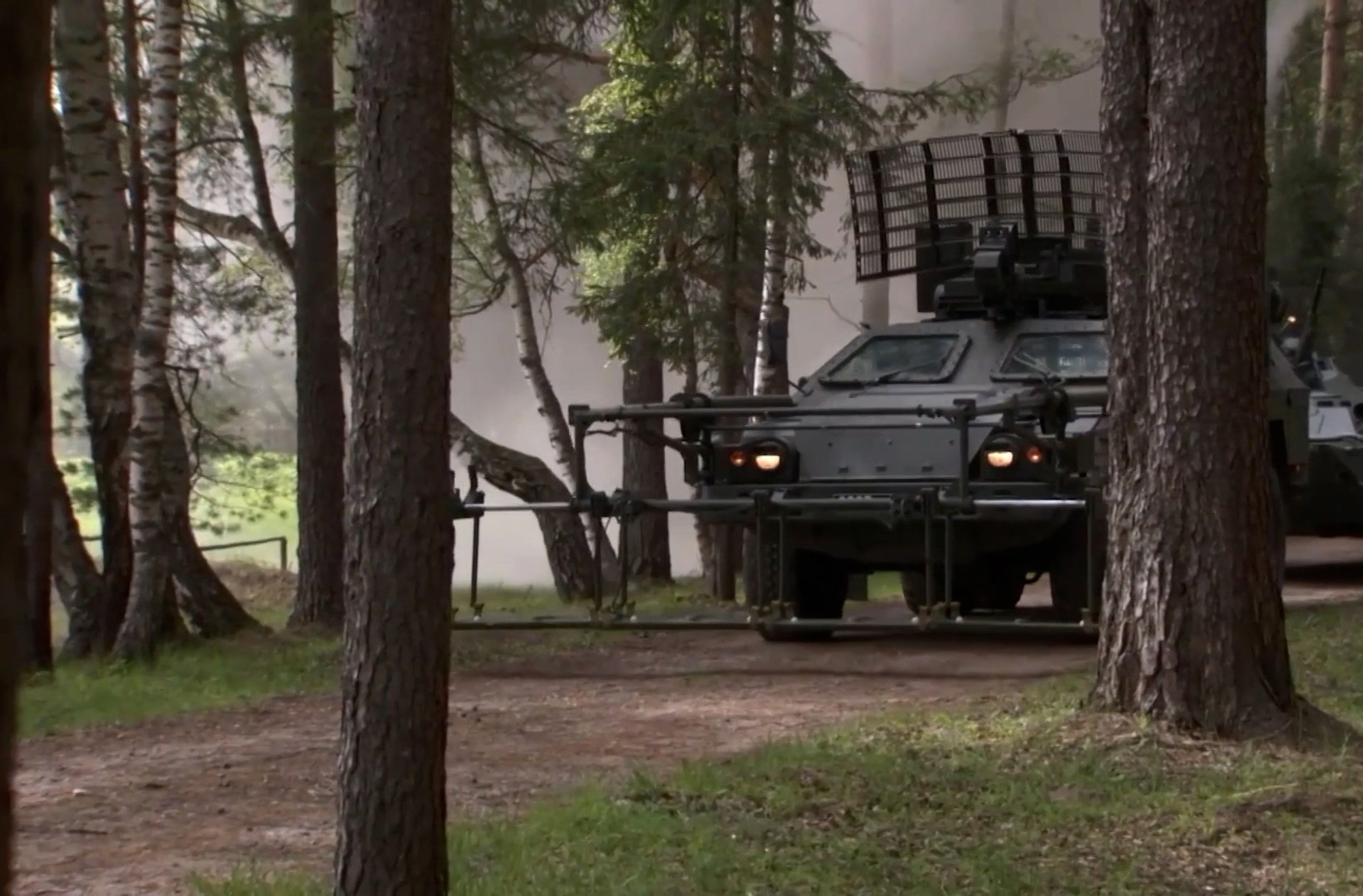 'Yars' took part in exercises near Ivanovo. (Ministry of Defense of Russia/Zenger).

The Russian Ministry of Defense has released these images showing what it says are “intensive maneuvering operations” involving its nuclear-capable Yars intercontinental ballistic missile systems.

The Russian Ministry of Defense (MoD) said in a statement on Wednesday, June 1 at 6 a.m., that the Yars mobile missile systems, which can carry nuclear warheads and which boast a reported range of over 10,000 kilometers (6,200 miles), were performing “intensive maneuvering operations on combat patrol routes in the Ivanovo Region”.

The Ivanovo region lies east of the Russian capital Moscow and the images, filmed by the Russian MoD, show soldiers removing camouflage from what appears to be a mobile Yars missile system. The vehicle can then be seen making its way along a dirt track while being escorted by troops.

The MoD added that “about 1,000 military personnel are involved in the exercises”, which also involve “more than 100 pieces of equipment”.

The MoD said that the exercises include “strategic rocket men work[ing] out the issues of bringing missile systems to field positions, making marches up to 100 kilometers [62 miles] long, dispersing units with a change in field positions, their engineering equipment, organizing camouflage and combat protection.”

The Russian MoD also said: “At the same time, a number of measures are being taken to detect, block and destroy conditional saboteurs, including the use of new Typhoon-M combat anti-sabotage vehicles equipped with unmanned aerial vehicles.

“In addition, during the maneuvers, the Listva remote demining vehicle was used to escort the Yars mobile ground-based missile system on combat patrol routes.

“According to the legend of the exercise, conditional saboteurs planted remotely controlled explosive devices on the route of the column. The MDR neutralized them on the side of the road.

“One of the highest priority tasks of the exercise was to work out a wide range of issues on the search for and destruction of conditional sabotage and reconnaissance formations in the daytime and at night.

“A commandant’s service has been organized along the routes of autonomous launchers, which is engaged in the protection of a convoy with large-sized equipment and monitors its passage through control points.

“The exercise makes it possible to improve the level of training of personnel, the coherence of formations and military units of the Strategic Missile Forces.”

The move comes after President Joe Biden said that the US will send Kyiv more advanced rocket systems that will help to strike enemy forces from a longer distance. These rocket systems have double the range of the rocket systems currently being used by Russian forces and are much more accurate.

Russian President Vladimir Putin said on February 25, one day after the invasion of Ukraine began: “Whoever tries to interfere with us, and even more so, to create threats for our country, for our people, should know that Russia’s response will be immediate and will lead you to such consequences that you have never experienced in your history.

The United Nations Secretary-General Antonio Guterres said on April 14: “The prospect of nuclear conflict, once unthinkable, is now back within the realm of possibility.”

Ukrainian President Volodymyr Zelenskyy has called Russian strikes on a nitric acid tank in the besieged eastern city of Sievierodonetsk “madness.” Residents of Sievierodonetsk have been warned to remain in bomb shelters and to prepare masks to protect themselves against toxic fumes.