Russian soldiers run for cover as Ukrainian missiles rain down on their tanks in a field.
By Lee Bullen June 3, 2022
Facebook
Twitter
Linkedin
Email 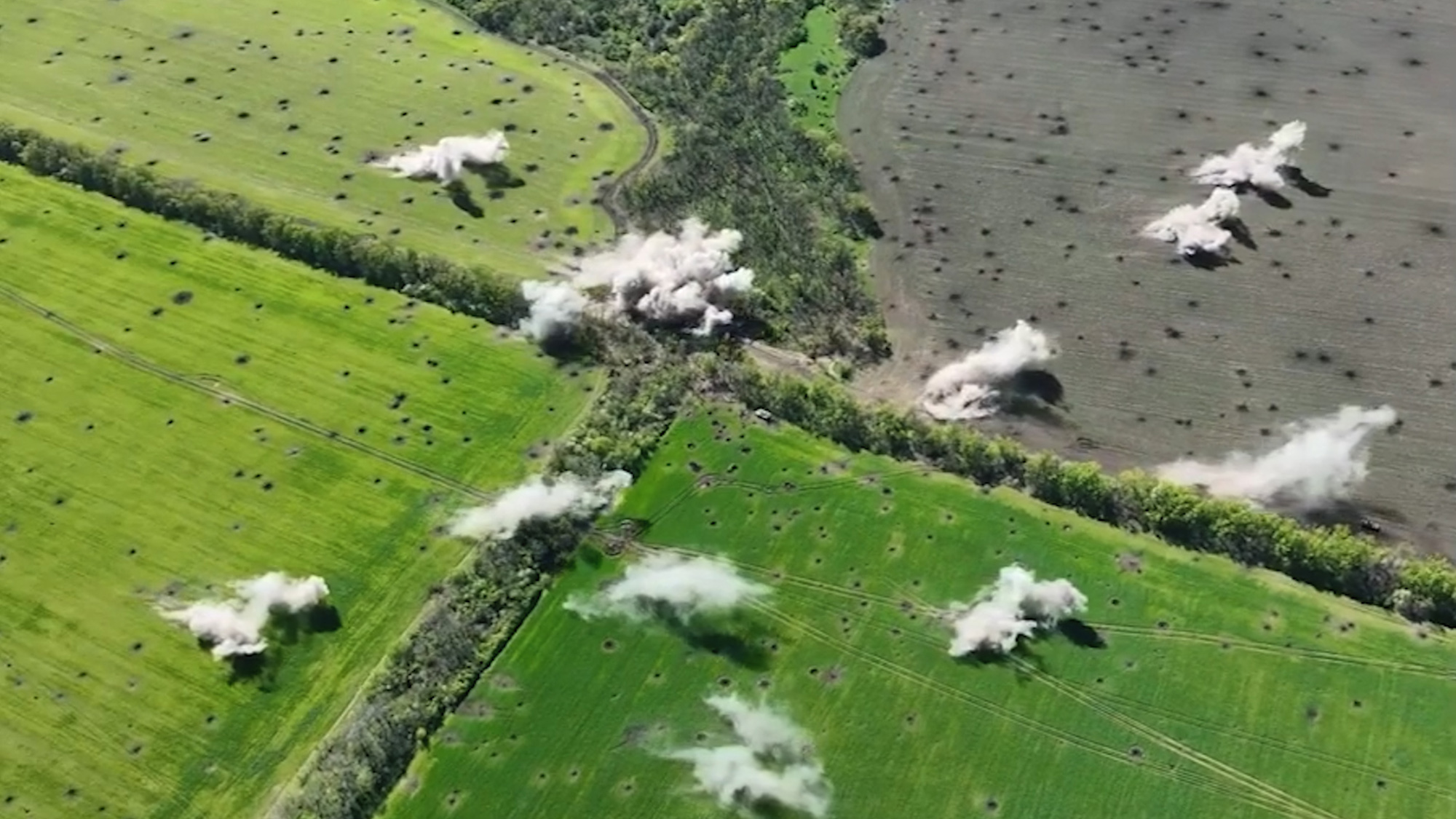 Destruction of the Russian column from a bird's eye view.  (@UkrainianLandForces/Zenger)

In a graphic video, Ukrainian missiles rain down on a column of Russian tanks in a field.

In the released footage, the column of tanks is seen rolling along a country lane in a field as missiles rain down around them.

Russian soldiers apparently abandon their armored vehicles and run for cover in the nearby trees as the Ukrainian forces continue to blitz the surrounding area.

The Land Forces of the Armed Forces of Ukraine said on June 1: “Destruction of the occupier’s column from a bird’s eye view.”

The Ukrainian military did not state where or when the attack took place.

Russian President Vladimir Putin has said (on February 25, one day after the invasion of Ukraine began): “Whoever tries to interfere with us, and even more so, to create threats for our country, for our people, should know that Russia’s response will be immediate and will lead you to such consequences that you have never experienced in your history.

And European Union leaders reached an agreement to ban 90 percent of oil imports from Russia, but they remain undecided on gas imports.