The militia announced that they had liberated the village of Novoselovka II and seized the nearby highway in the process.
By Lee Bullen June 3, 2022
Facebook
Twitter
Linkedin
Email 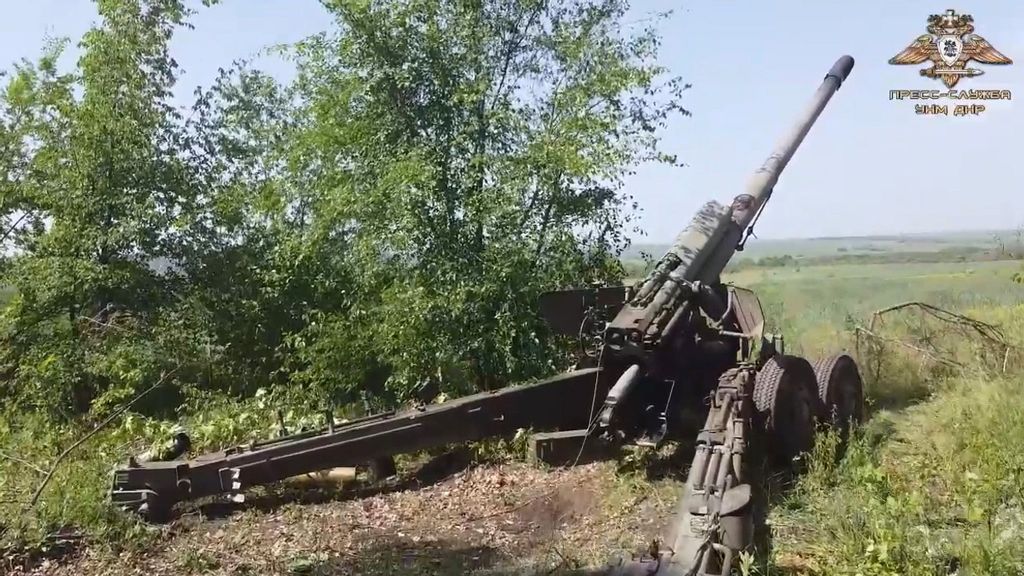 Under the blow of 'Hyacinth' the forces of the DPR 'grind' the positions of nationalists near Avdiivka. (Press Service of the UNM DPR/Zenger)

This is the moment pro-Russian troops load a Hyacinth-B towed field gun and fire missiles at Ukrainian targets near the city of Avdiivka.

The People’s Militia of the so-called Donetsk People’s Republic (DPR) said their troops, in cooperation with Russian units, had encircled the Ukrainian city of Avdiivka, cutting off one of the two supply routes available to the Ukrainian forces.

The militia said: “We have already managed to take the Donetsk-Avdiivka-Konstantinovka highway under fire control, cutting off one of the important supply arteries to the Avdiivka garrison of the Armed Forces of Ukraine.”

After seizing the main highway in the area, the militia is tackling “clusters of militants” in the fields and forests outside Avdiivka.

The pro-Russian unit said they use radar and reconnaissance drones to determine the enemy’s exact position before artillerymen prepare the field cannons.

On June 1, the militia announced that they had liberated the village of Novoselovka II and seized the nearby highway in the process.

The DPR said: “The village of Novoselovka II was liberated from Ukrainian occupation. The forces of the NM DPR took control of a section of the route, finally cutting off the Avdiivka garrison from one of the two available supply routes.”