The attack was carried out by the 45th Separate Artillery Brigade of the Armed Forces of Ukraine. 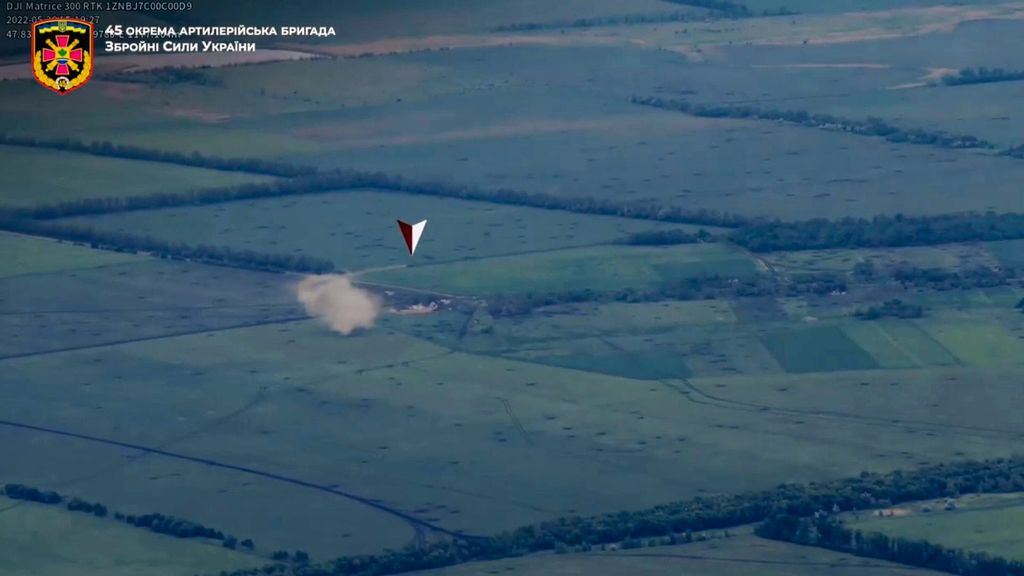 Soldiers of the 45th separate artillery brigade of the Armed Forces of Ukraine destroyed the armored personnel carrier and truck of the Russian Army in Ukraine, in May, 2022. (@45oabr/Zenger)

This is the moment Ukrainian soldiers bomb Russian armored vehicles trying to flee an artillery assault.

The attack was carried out by the 45th Separate Artillery Brigade of the Armed Forces of Ukraine.

The images, which appear to have been shot from a drone, show multiple vehicles attempting to flee along roads surrounded by fields as Ukrainian ordnance rains down around them.

One vehicle is eventually hit and it can be seen exploding in a large ball of flames, with black smoke rising into the air.

Another vehicle can be seen stopping, with troops appearing to run away from it. The vehicle drives off but comes to a stop short while later, with explosions occurring in its vicinity as the footage ends. It is unclear if that vehicle was hit.

The brigade said: “APC (Armored Personnel Carrier) Orcs: Catch me if you can…” The Ukrainian forces regularly refer to Russian forces as “orcs”.

President Joe Biden said that he will send Kyiv more advanced rocket systems that will help to strike enemy forces at long range.

And European Union leaders have reached an agreement to ban 90 percent of oil imports from Russia, but they remain undecided on gas imports.