The study revealed that the two families of sharks were likely to be competing for the same prey.
By Joseph Golder June 2, 2022
Facebook
Twitter
Linkedin
Email 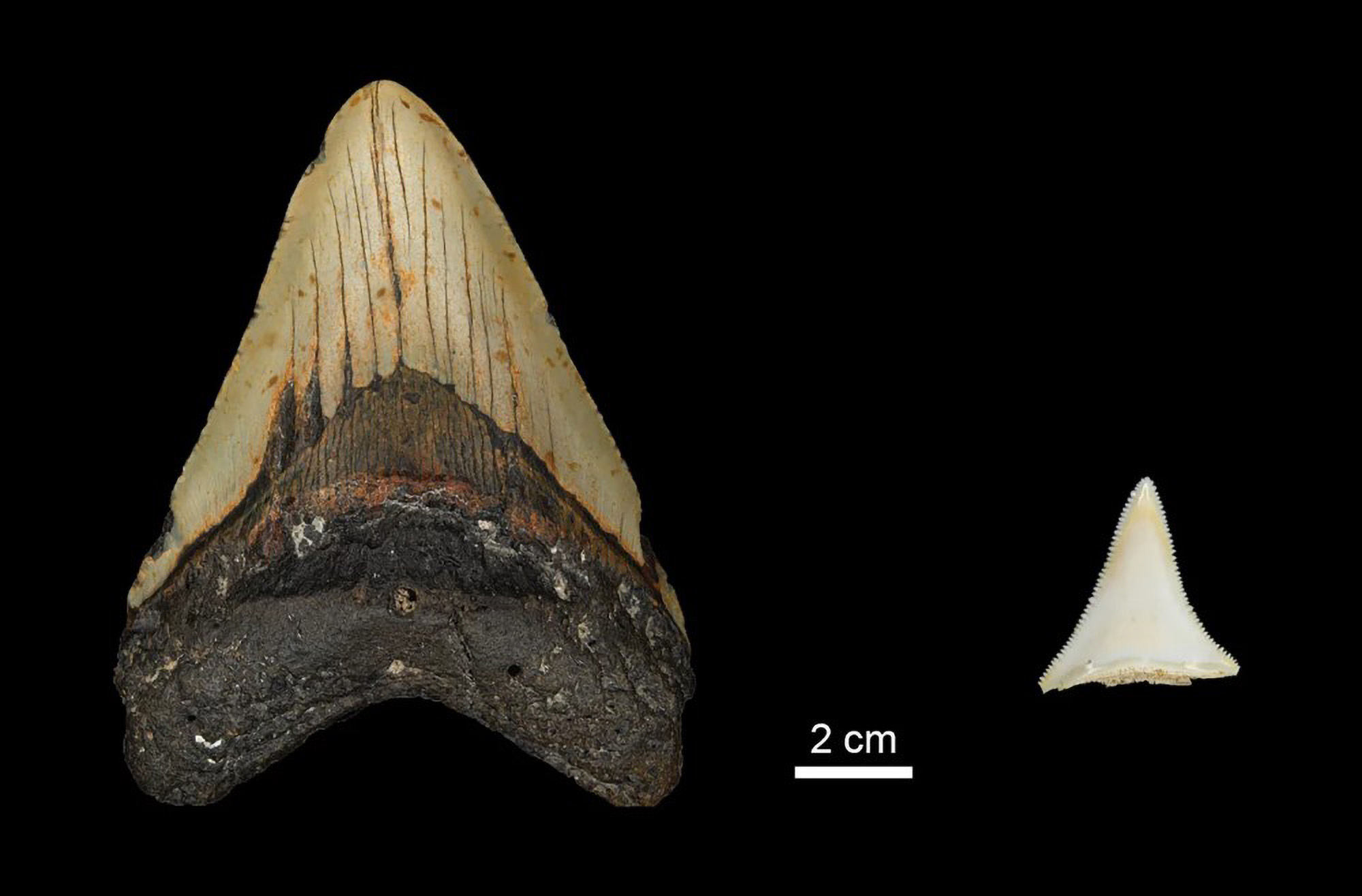 Ancient great white sharks could have driven their massive megalodon cousins into extinction by stealing their prey, a new study has revealed.

Researchers investigated shark teeth and discovered that the diets of the prehistoric meg – Otodus megalodon – and the great white sharks were virtually identical.

In this new study, the Max Planck Institute explained: “Researchers analyzed zinc stable isotope ratios in modern and fossil shark teeth from around the globe, including teeth of megalodon and modern and fossil great white sharks.

“This new method allows scientists to investigate an animal’s trophic level, which indicates how far up the food chain an animal feeds.

Lead author Jeremy McCormack, a researcher at the Max Planck Institute for Evolutionary Anthropology and the Goethe-University Frankfurt, said: “On the timescales we investigate, collagen is not preserved, and traditional nitrogen isotope analysis is therefore not possible.”

Thomas Tuetken, a professor at the Johannes Gutenberg University’s Institute of Geosciences, said: “Here, we demonstrate, for the first time, that diet-related zinc isotope signatures are preserved in the highly mineralized enameloid crown of fossil shark teeth.”

The study revealed that the two families of sharks were likely to be competing for the same prey.

Michael Griffiths, professor at the William Paterson University, said: “But what was truly remarkable is that zinc isotope values from Early Pliocene shark teeth from North Carolina, suggest largely overlapping trophic levels of early great white sharks with the much larger megalodon.”

Kenshu Shimada, professor at DePaul University, Chicago, explained: “These results likely imply at least some overlap in prey hunted by both shark species.”

He added: “While additional research is needed, our results appear to support the possibility for dietary competition of megalodon with Early Pliocene great white sharks.”

According to the experts at the Max Planck Institute, megatooth sharks like the meg lived between 23 and 3.6 million years ago.

The causes behind the megalodon’s extinction have been the subject of much scientific scrutiny, with the Max Planck Institute saying that “its diet and dietary competition” have “often being thought of as key factors”.

Sora Kim, a professor from the University of California-Merced, said: “We noticed a coherence of zinc isotope signals in fossil and modern analogue taxa, which boosts our confidence in the method and suggests that there may be minimal differences in zinc isotope values at the base of marine food webs, a confounding factor for nitrogen isotope studies.”

The researchers then analyzed zinc isotope ratios in megalodon teeth, from the Early Pliocene and those in earlier megatooth sharks, Otodus chubutensis, from the Early Miocene, as well as in great white sharks from the period and great whites alive today, “to investigate the impact these iconic species had on past ecosystems and each other.”

Jeremy McCormack said: “Our research illustrates the feasibility of using zinc isotopes to investigate the diet and trophic ecology of extinct animals over millions of years, a method that can also be applied to other groups of fossil animals including our own ancestors.”