Sold: A Silk Panel Which Hung During The Queen’s Coronation Ceremony Went For $2,500 At Auction

The special silk was hung alongside other historical panels, setting the scene for the special ceremony. 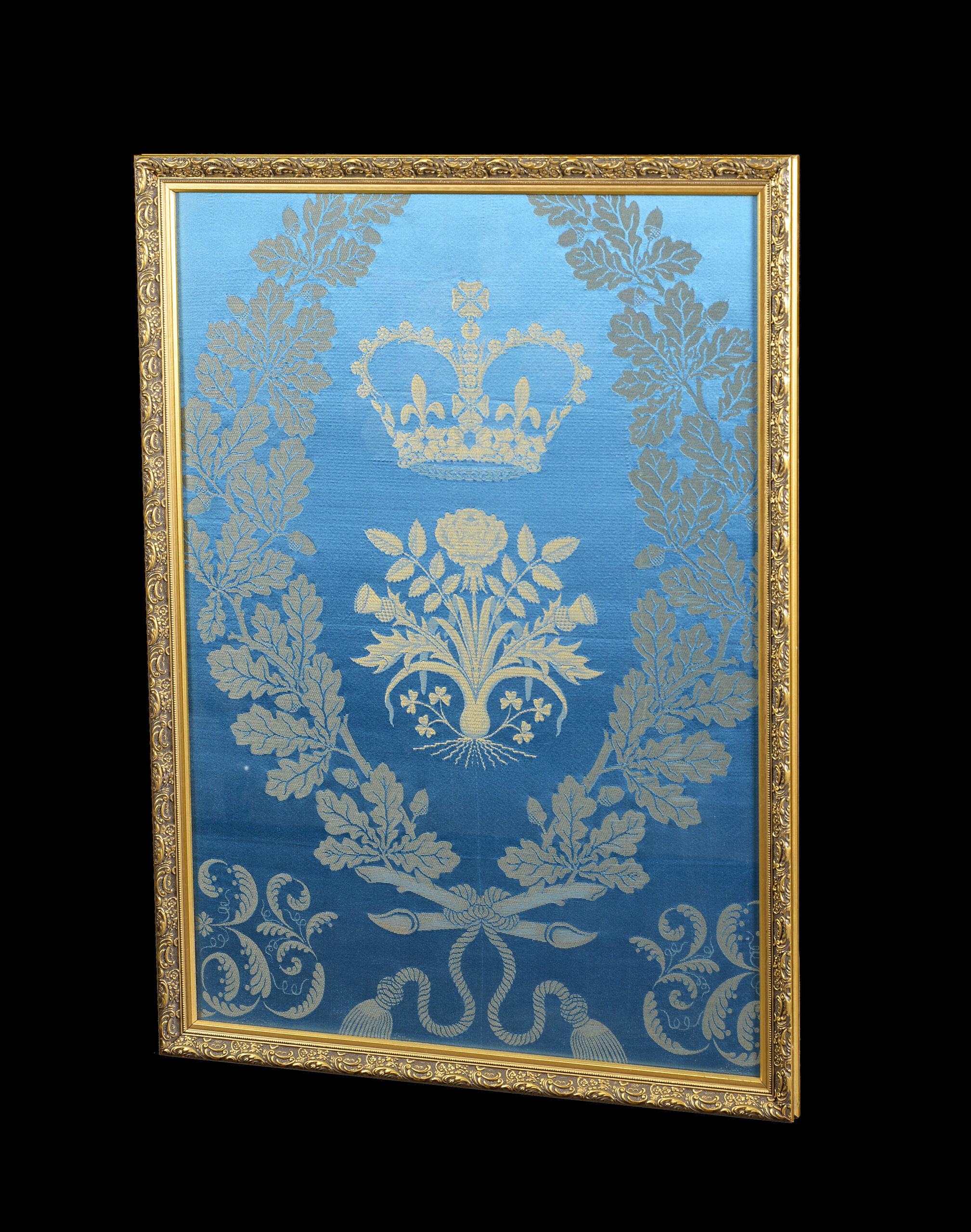 A silk panel commissioned to hang in Westminster Abbey for Queen Elizabeth II’s Coronation in 1953 has sold for four times its estimate. (Matthew Newby/Zenger)

A silk panel commissioned to hang in Westminster Abbey for Queen Elizabeth II’s Coronation in 1953 has sold for four times its estimate.

And the panel is to stay in the United Kingdom after a fierce bidding war with a potential buyer from the United States.

The special silk was hung alongside other historical panels, setting the scene for the special ceremony and can be seen in many historic photographs of the Coronation.

The decorative panel was designed by Robert Godden, the rector of the Royal College of Art and was produced in December 1952 by Warner & Sons Ltd in Braintree, Essex, United Kingdom.

It was specially commissioned for the ceremony.

It was the first heraldic emblem of the Sovereign to show the Kingdoms of England, Scotland and Ireland, as well as the Principality of Wales.

Woven in the ‘Queensway’ pattern in blue, with gold lurex thread, it features a gold woven crown above a rose, a thistle, a leek and a shamrock emblem within an oak leaf wreath on a pale blue ground.

After the Coronation, the panels were gifted or sold to raise money for charity.

The panel, which was bought by its former owner’s grandfather, is framed and has a handwritten label on the back that says; ‘Portion of the Damask Frontal used in Westminster Abbey on the occasion of the coronation of Her M. Elizabeth II, 2nd June 1953’.

It was sold at an online auction held on Monday, May 30 by auctioneers Dreweatts.

Silas Currie, Senior Valuer at Dreweatts, said: “There was international interest before the sale and on the day, a lively and vigorous battle between UK and international buyers driving up the final price considerably over expectations.

“The item was purchased by a UK buyer, against an American underbidder.

“It was a timely item for Dreweatts to offer today and a ‘happy and glorious’ result for the vendor.

“We were honored to offer such a rare historical souvenir, reminiscent of the very beginning of the Queen’s reign and how poignant, as we celebrate her Platinum Jubilee and her 70 years on the throne.”

Queen Elizabeth II is the first British monarch ever to have a Platinum Jubilee, having spent 70 years on the throne, with the milestone being celebrated between Thursday, June 2 and Sunday June 5.

«Previous Post
Breast Tips: Waitresses Show How Much They Make From Googly-Eyed Customers»Next Post
EasyJet Nightmare – A Group Of Pensioners Flew Off On Their Holiday Only To End Up Right Back Home