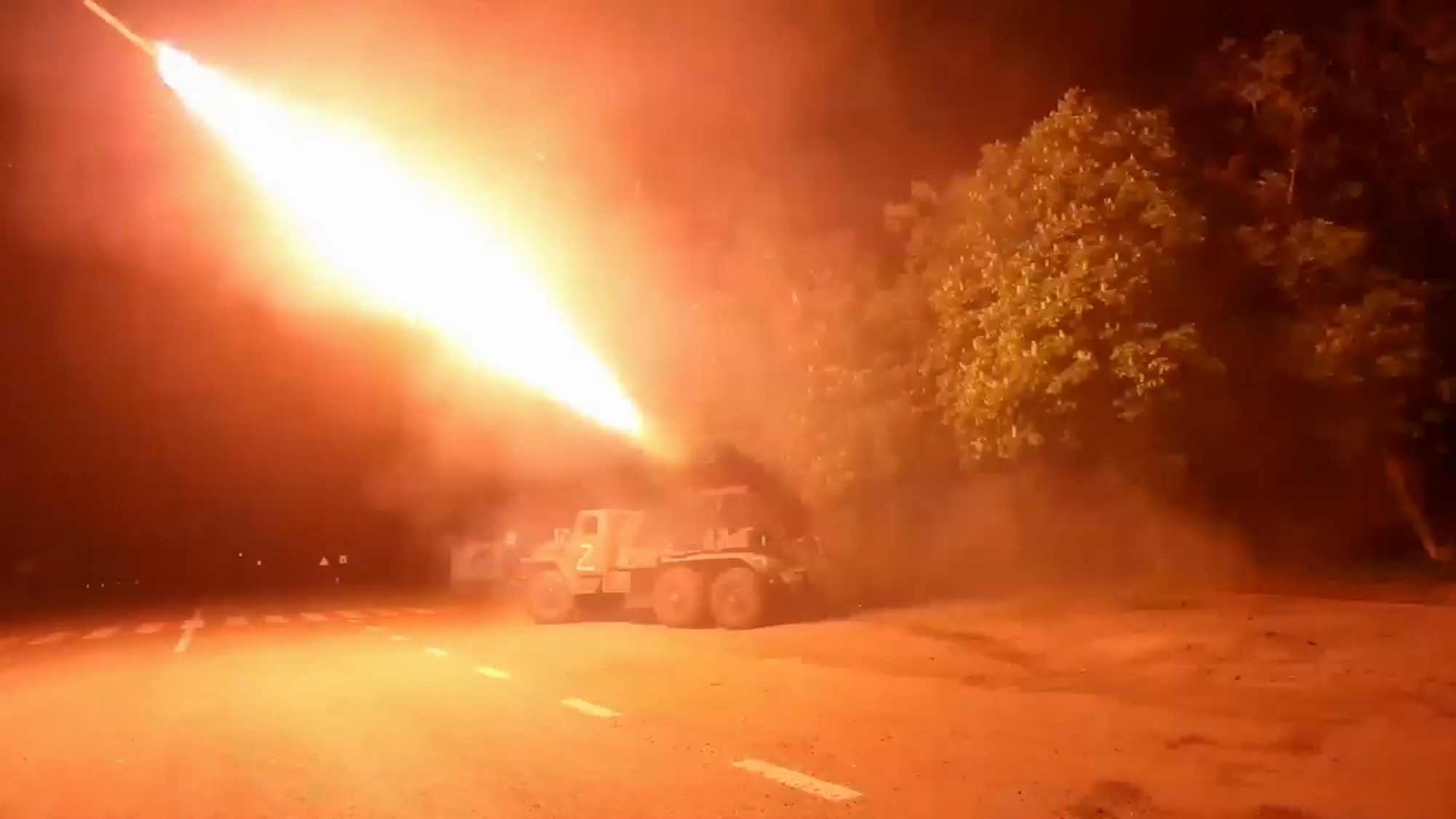 Missile troops and artillery firing on Ukraine's positions of artillery and mortar batteries. (Ministry of Defense of Russia/Zenger)

Russian troops use a BM-21 Grad mobile rocket launcher to wreak havoc on Ukrainian defenses, as seen in a released video.

The Russian Ministry of Defense (MoD) shared the video on May 31 with an update on their ‘special military operation’ in Ukraine.

The MoD said: “During an inspection of the Azovstal plant underground facilities in Mariupol, where the surrendered Nazis of the Ukrainian Azov Brigade were hiding, Russian servicemen found an isothermal van.

“152 bodies of dead fighters and servicemen of the AFU were stored in the van with a broken cooling system.

“Before surrendering, the Azov command publicly appealed to Zelenskyy to take the bodies of the dead so their families could bury them on Kiev-controlled territory.

“However, there were no requests from Kiev to receive the bodies of the dead at the Azovstal plant.

“Moreover, during an inspection of the van, Russian sappers [combat engineers] found four mines under the bodies of the dead Ukrainian soldiers.”

The statement continued: “Based on the results of interrogating the captured Azov fighters, it was established that the mining of the bodies was carried out on direct orders from Kiev.

“The purpose of the provocation is to accuse Russia of deliberately destroying the bodies and preventing their transfer to relatives in order to save the Kiev regime’s political ‘reputation’ and that of Zelenskyy personally.

“In the near future, the Russian side plans to hand over the bodies of Ukrainian fighters and servicemen found in the Azovstal plant to Ukrainian representatives.

“The attacks resulted in the elimination of over 290 nationalists and 23 weapons and military equipment. 1 Su-25 aircraft of the Ukrainian Air Force was shot down near Kobzatsy, Nikolaev region.