After firing a flurry of rockets at Ukrainian targets the Russian Ministry of Defense (MoD) said they destroyed the enemy targets.
By Lee Bullen June 2, 2022
Facebook
Twitter
Linkedin
Email 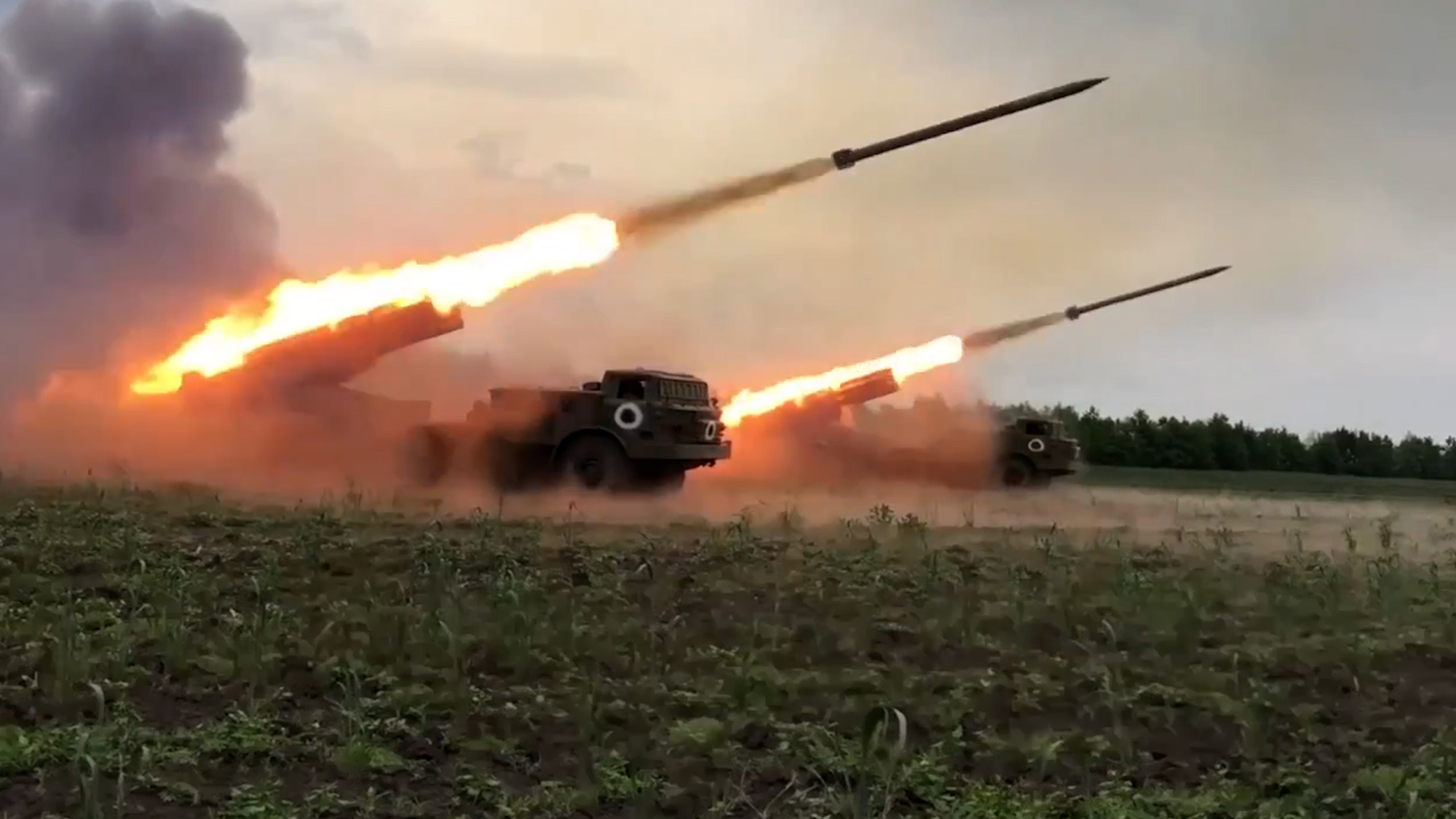 Russian soldiers send a reconnaissance drone into the sky before setting up their Hurricane multiple-launch rocket system and sending over a volley of missiles at Ukrainian targets, as revealed in a released video.

The Russian military said troops used an Orlan-10 reconnaissance drone to gather information on the enemy’s location before moving their battery of rocket systems into firing position.

After firing a flurry of rockets at Ukrainian targets, the Russian Ministry of Defense (MoD) said they destroyed the enemy targets.

The Russian MoD said on May 31: “The Hurricane MLRS battery received the coordinates of discovered fortified positions of the Armed Forces of Ukraine from operators of the Orlan-10 UAV [unmanned aerial vehicles].

“After receiving the targets, the battery moved into firing position and struck at the camouflaged armored vehicles and enemy stronghold.

“As a result of the strike, armored vehicles, manpower and artillery means of units of the Armed Forces of Ukraine were destroyed.”

And European Union leaders reached an agreement to ban 90 percent of oil imports from Russia, but they remain undecided on gas imports.