Residents of Sievierodonetsk have been warned to remain in bomb shelters and to prepare masks to protect against toxic fumes.
By Joseph Golder June 2, 2022
Facebook
Twitter
Linkedin
Email 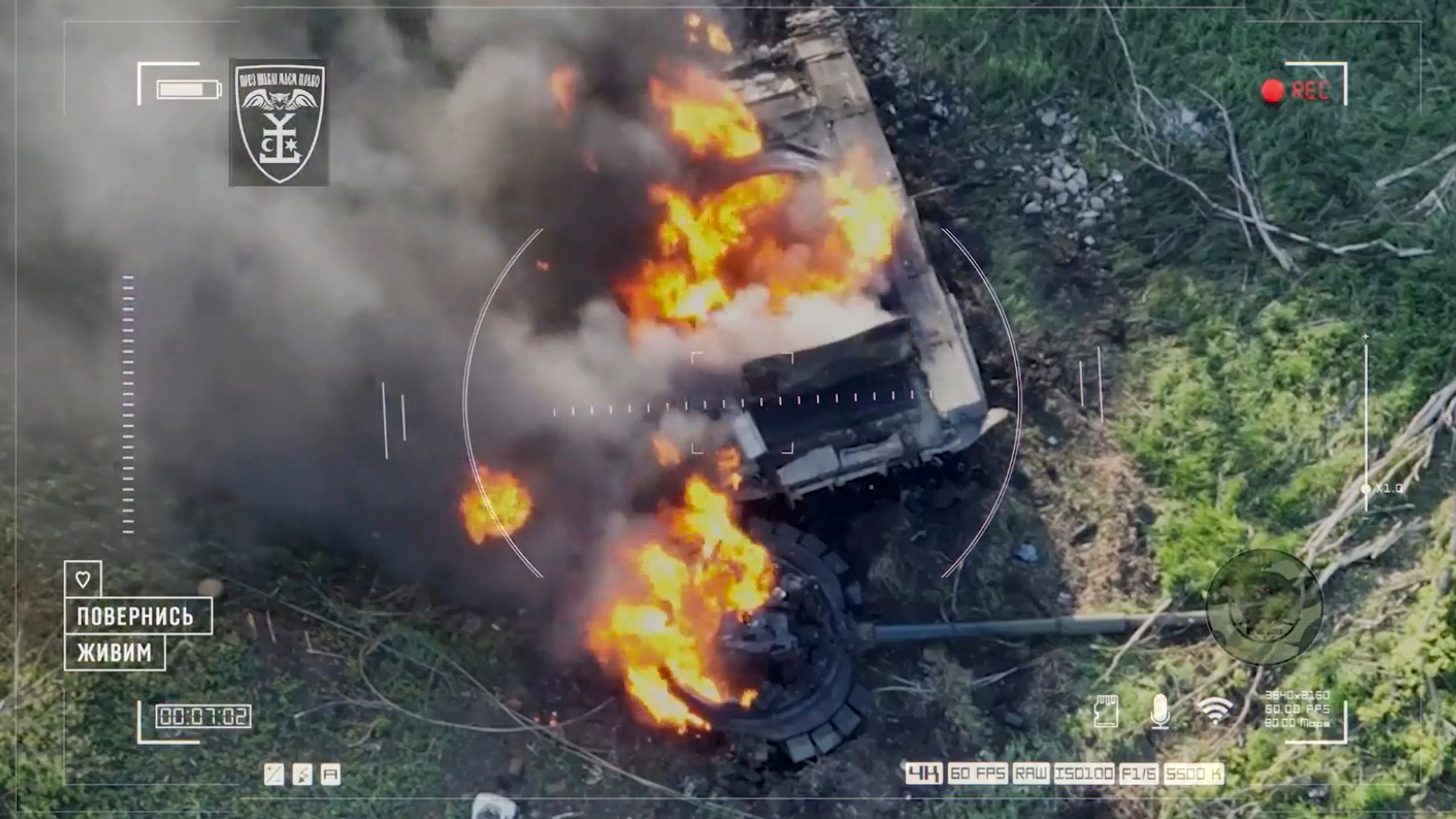 Russian T-72B3 explodes on an anti-tank mine. (@UkrainianLandForces/Zenger)

These images show a Russian tank apparently rolling over a mine before being hit by Ukrainian ordnance that causes it to explode in what is known as a Jack-in-the-box effect.

The Jack-in-the-box effect happens when a tank’s ammunition compartment explodes, causing its turret to be violently torn off the rest of the vehicle.

In the video, which was obtained from the Land Forces of the Armed Forces of Ukraine, it can be seen lying next to the tank, which appears to be a T-72B3, as the footage ends, after reportedly rolling over a mine before it is hit by Ukrainian ordnance.

The T-72B3 is a recent Russian upgrade to their aging T-72B tanks, but they do not appear to have fixed the vehicle’s known vulnerability to the Jack-in-the-box effect, caused by the tank’s ammunition sometimes detonating when the vehicle is hit.

It is currently unclear where exactly in Ukraine the footage was filmed, but Ukrainian media have reported that it was shot in the Donbas region in eastern Ukraine. This has not been independently verified.

The Land Forces of the Armed Forces of Ukraine said: “It is better to look under your feet, Russians, because there are many more such surprises waiting for you on our land.”

The General Staff of the Armed Forces of Ukraine has reported that from February 24 to June 1, Russia lost about 30,700 military personnel.