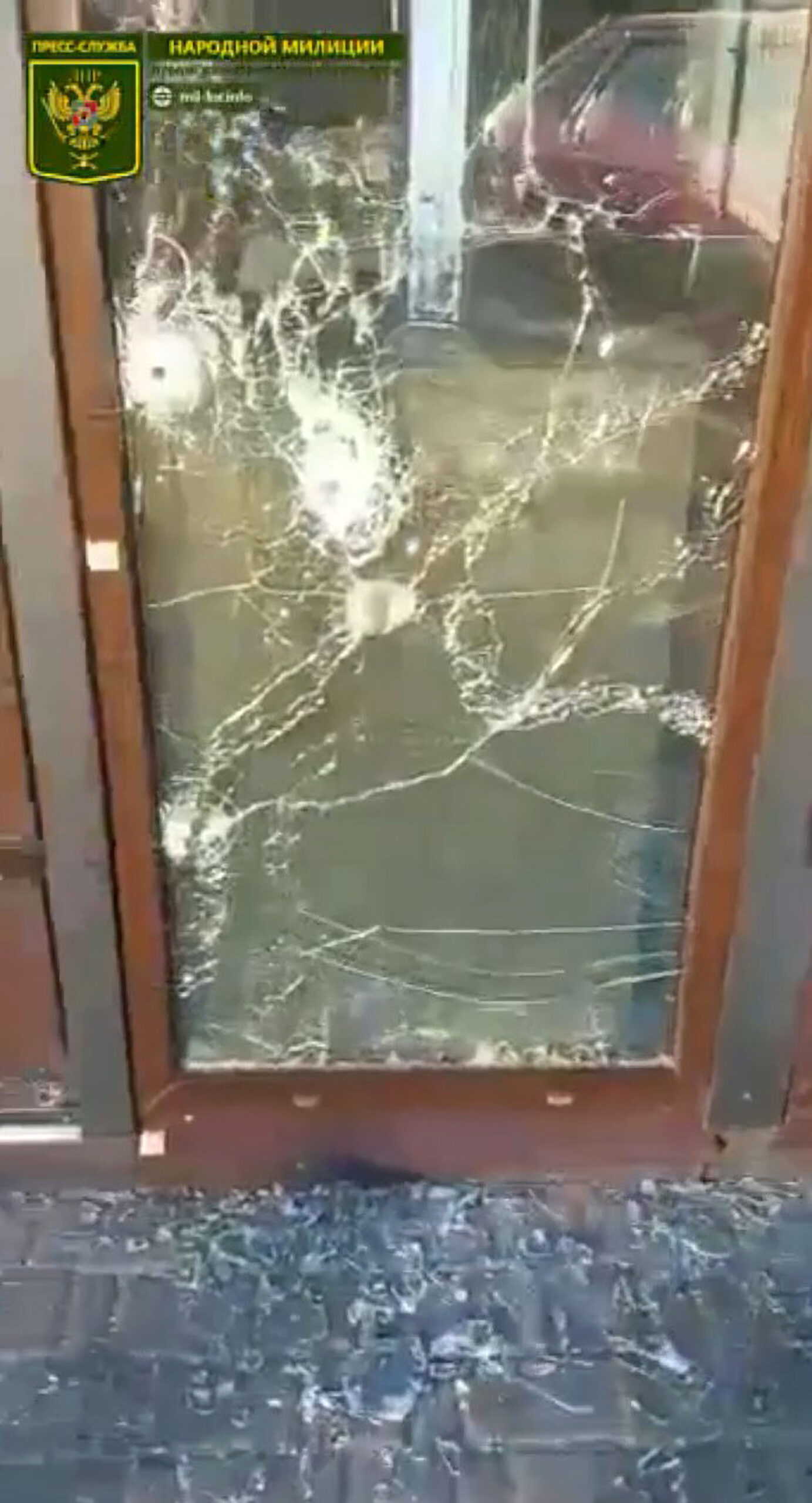 Ukrainian forces hit the Tochka-U rocket on the village of Svatovo in the LPR. (People's Militia of the LPR/Zenger).

The leader of the pro-Russian, self-proclaimed Luhansk People’s Republic in eastern Ukraine has claimed Kyiv is to blame over attacks that reportedly killed civilians.

The images appear to show the aftermath of an attack on a civilian area, with what appears to be blood seen on the pavement and a smashed shop window. Soldiers are in the scene where a car also appears to have been damaged.

Leonid Pasechnik shared the footage, saying on May 27: “Four children and 10 adults were injured, three people were killed, civilian infrastructure was damaged – this is the result of a cynical, vile shelling of Svatovo by Ukrainian fascists using the Tochka-U tactical missile system.

“The enemy was aiming at the center of the city, pursuing only one goal – to kill as many civilians as possible, to cause as much damage to the infrastructure as possible.

“The tragedy could have been many times larger if the air defense units of the People’s Militia of the LPR had not acted promptly.

“As many as three ‘Points-U’ flew across Svatovo, only the cluster warhead of one of them detonated.

“My sincerest condolences to all those who lost loved ones and relatives as a result of this monstrous shelling. I wish all the injured a speedy recovery.

“The denazification and demilitarization of Ukraine will continue until the complete defeat of the neo-Nazis. Kyiv will answer for all its crimes!”

The LPR’s leader’s claims have not been independently verified.

Russian troops have reportedly stepped up their attacks on the Ukrainian city of Sievierodonetsk after claiming to have captured a nearby rail hub in Lyman, with Kyiv repeatedly calling for longer-range weapons from the West to help it push back the Russians in the Donbas region.