Kremlin sources say that NATO and the US are thereby adding fuel to the fire in the conflict in Ukraine.
By Lee Bullen June 2, 2022
Facebook
Twitter
Linkedin
Email 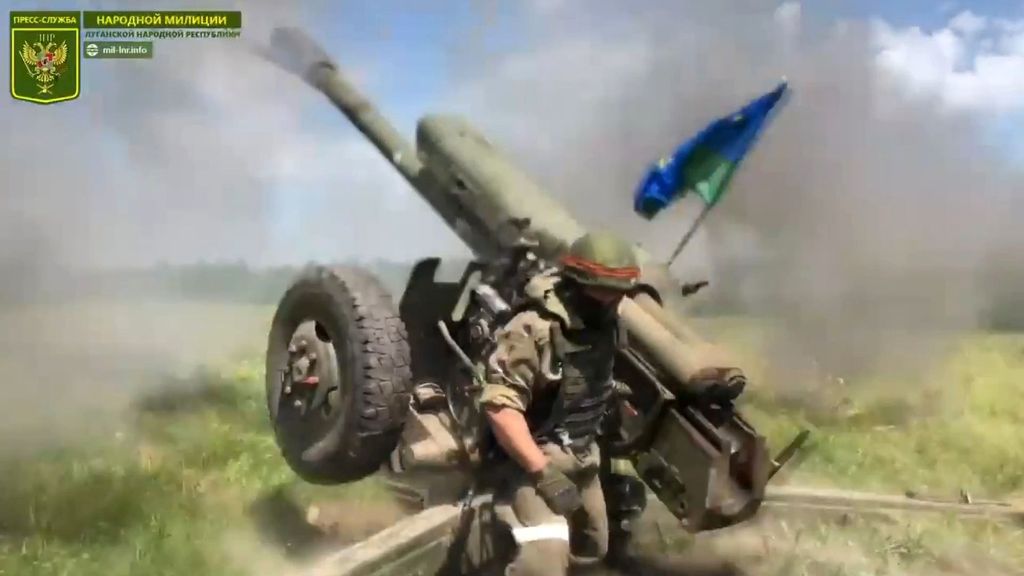 Artillery units of the Airborne Forces of the RF support the the military personnel of the People's Militia of the LPR. (Peoples Militia of LPR/Zenger)

This is the moment pro-Russian LPR fighters load up a battery of howitzers and fire missiles at a Ukrainian base.

The People’s Militia of the so-called Luhansk People’s Republic (LPR) took journalists to the front line outside the village of Borovsky to film the strike against Ukrainian resistance fighters.

The militia said they used mortars and tank fire to destroy the Ukrainian base after first giving the enemy the option to withdraw or surrender.

One LPR fighter told reporters: “The situation has changed a lot. The enemy is not so active anymore. Now, our artillery and tank units are working very well together.”

Residents of Sievierodonetsk have been warned to remain in bomb shelters and to prepare masks to protect themselves against toxic fumes.

Analysts say up to 70 percent of the embattled city is now controlled by Russian forces, with almost all critical infrastructure and housing destroyed.

President Joe Biden said he will send Kyiv more advanced US rocket systems that will help to strike enemy forces from a longer distance.

The armaments include the M142 High Mobility Artillery Rocket System (HIMARS), according to White House sources, which can launch multiple missiles precision-guided to strike as far away as 45 miles, which is much further than Ukraine’s current panoply. The system is believed to be more accurate than Russian equivalents.

Kremlin sources say that NATO and the US are thereby adding fuel to the fire in the conflict in Ukraine.

And European Union leaders reached an agreement to ban 90 percent of oil imports from Russia, but they remain undecided on natural gas imports.