Residents of Sievierodonetsk have been warned to remain in bomb shelters and to prepare masks to protect against toxic fumes.
By Lee Bullen June 2, 2022
Facebook
Twitter
Linkedin
Email 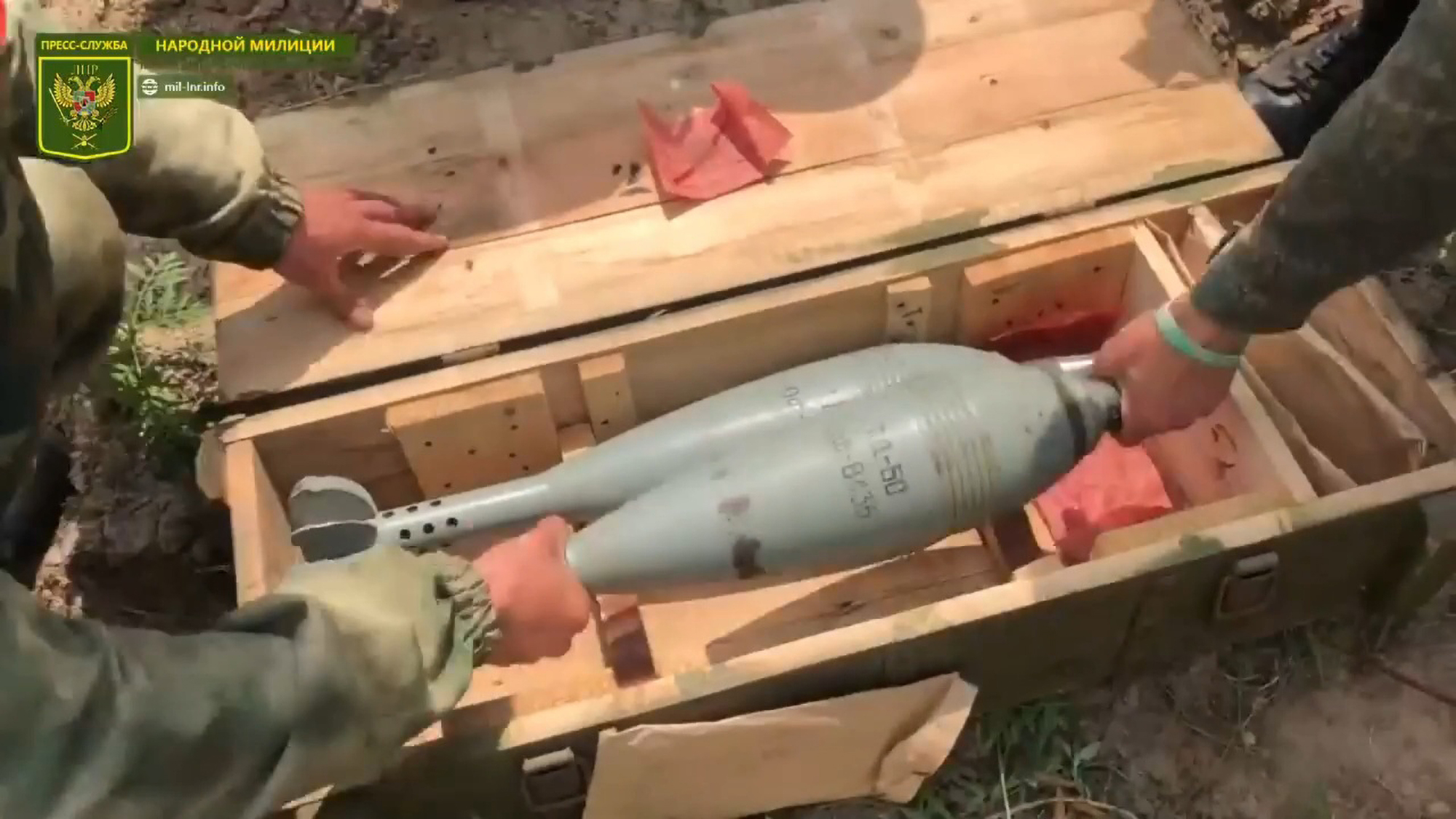 This is the moment pro-Russian troops load up their rocket launchers on a leafy lane and fire on enemy targets as the ‘special military operation’ enters its 98th day.

The People’s Militia (NM) of the so-called Luhansk People’s Republic (LPR) said in a statement on May 31: “During clashes with units of the defense department, over the past day, the enemy suffered losses in manpower and military equipment, namely: 23 personnel, 3 tanks, 4 vehicles.

“The enemy continues to terrorize the civilian population of the Republic, shelling civilian infrastructure of the front-line settlements of the LPR, which do not pose a danger to the enemy and are not military facilities.

“Over the past day, the Ukrainian armed formations fired 12 missiles from 120-mm mortars at the settlement of Pervomaisk.

“As a result of the shelling in Stakhanov, 2 people were killed, 24 people were injured, of which 8 were children. The attack also damaged 2 infrastructure facilities, a school and a hospital.

“In order to suppress the enemy’s fire activity on civilians of the Republic, the positions of the Ukrainian Armed Forces, from where the missiles were fired, were promptly detected and destroyed by the on-duty firepower of the NM LPR units.

“The forces of the NM of the LPR, together with public organizations, continue to deliver humanitarian aid to residents of the liberated territories, as well as to front-line settlements of the Republic.

“Yesterday, volunteers of the NGO ‘Food for Life, Donbass’, with the support of the NM of the LPR, delivered hot meals and food packages, including sweets and fruits, to residents of Rubizhne.