The BRDM-2 is an amphibious armored reconnaissance vehicle first developed and produced by the Soviet Union and its allies.
By Joseph Golder June 2, 2022
Facebook
Twitter
Linkedin
Email 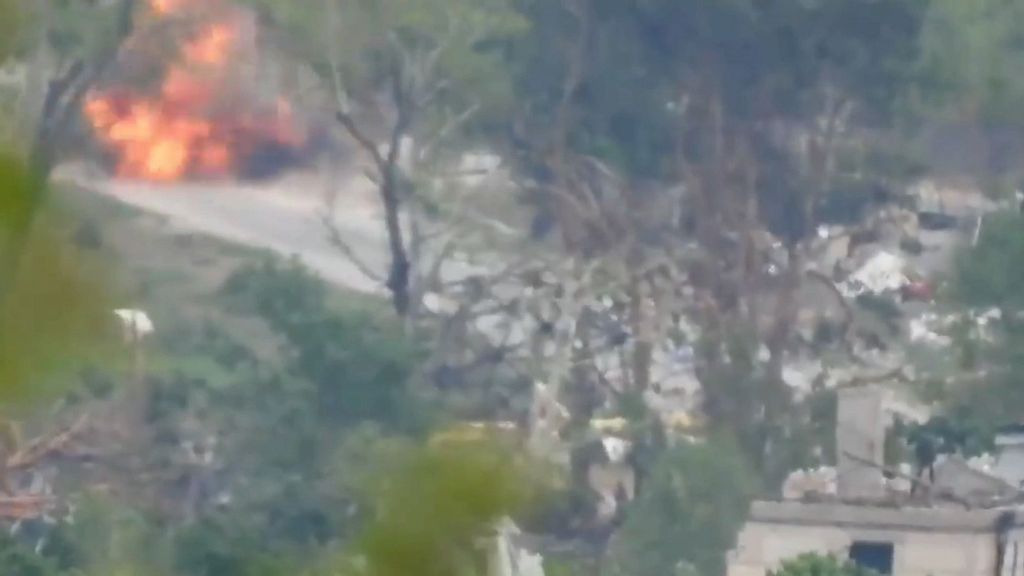 The Royal Brigade showed how it destroyed a Russian reconnaissance vehicle. (@24th.brigade/Zenger).

This is the moment Ukrainian soldiers fire a rocket at a Russian reconnaissance vehicle that blows up in a ball of flame.

The video footage was obtained from the 24th Mechanized Brigade of the Ukrainian Ground Forces, who said that it showed the moment a BRDM-2, a “combat reconnaissance patrol vehicle”, is destroyed by the “Royal Brigade” in the Luhansk region, in eastern Ukraine.

The 24th Mechanized Brigade is named after King Daniel of Galicia, earning it its “Royal Brigade” moniker.

The 24th Mechanized Brigade added “Glory to the Armed Forces!” before signing off with the now-famous slogan “Slava Ukraini!”, which means ‘Glory to Ukraine!’

The BRDM-2 is an amphibious armored reconnaissance vehicle first developed and produced by the Soviet Union and its allies.

The footage was also shared by the Ministry of Defense of Ukraine, which said: “‘Beautiful!’ – A serviceman of the Royal Brigade comments on the moment a BRDM-2 is destroyed.

“And it’s hard to disagree with him! Professionalism in action. We continue to work!”

European Union leaders have reached an agreement to ban 90 percent of oil imports from Russia, but remain undecided about natural gas imports.