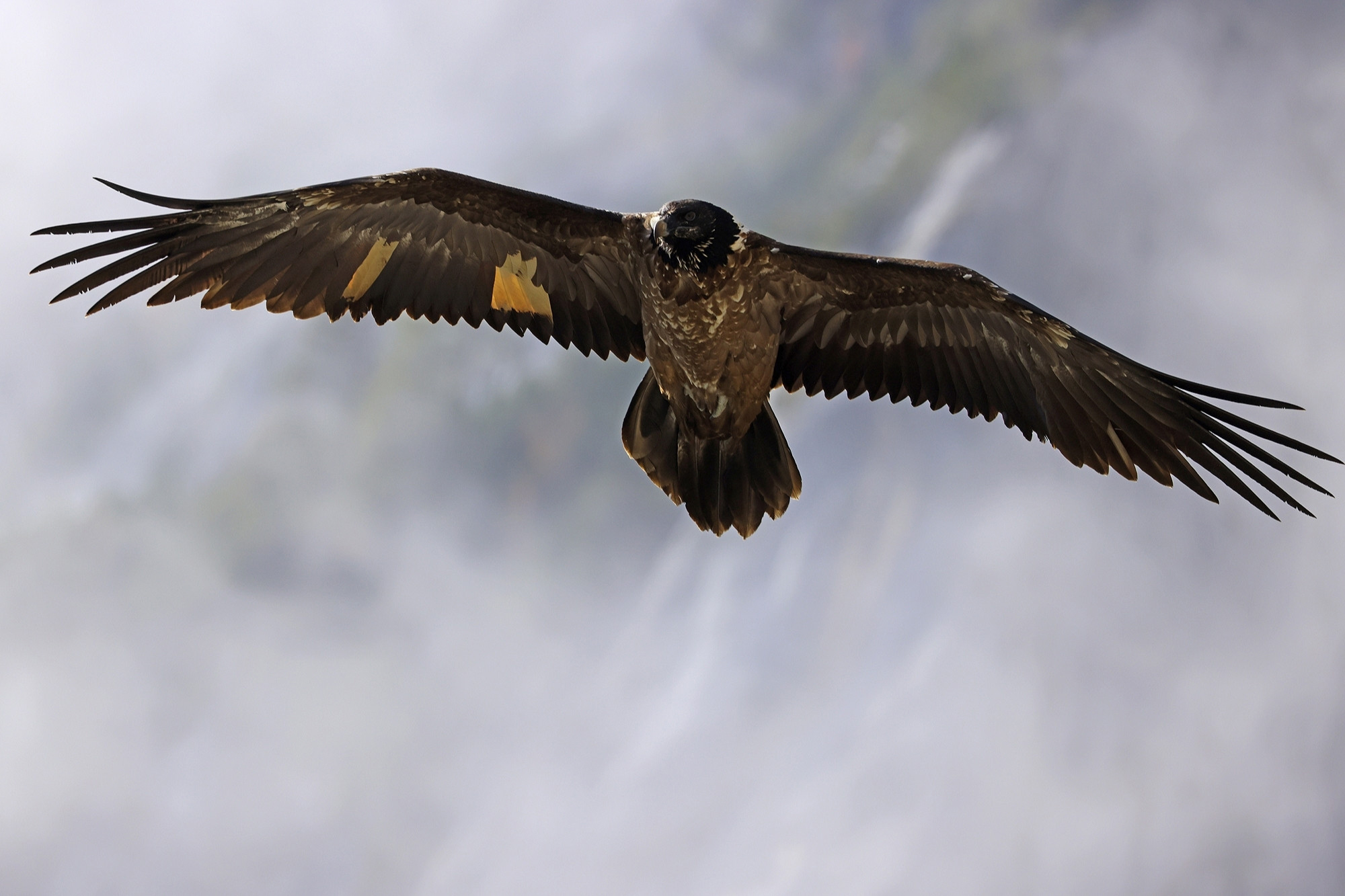 One of a pair of young bearded vultures, a species which disappeared from Germany but lately reintroduced, has been found dead.

Female bearded vulture pair Wally and Bavaria were released into the wild in the Berchtesgaden National Park in southern Germany last summer.

Also known by its scientific name – Gypaetus barbatus – had disappeared from the area more than 100 years earlier.

But Wally failed to return from her first major trip over several hundred miles to the Zugspitze – Germany’s highest mountain – in mid-April this year.

And now bones, feathers and a transmitter have been found in an inaccessible gully at an altitude of 1,500 meters (4,921 feet).

The find was made by a climbing team from the Bavarian Bird Protection Society (LBV) after the transmitter unexpectedly gave a brief signal.

LBV chairman Norbert Schaeffer said: “We always knew that setbacks like this could happen, but we are saddened by Wally’s passing.

“It is part of nature that a bird dies, but of course we would have wished her a long life as a bearded vulture.

“Even if there is now sad certainty, we are glad that we at least don’t have to grope in the dark about her whereabouts.”

The cause of Wally’s death is unknown but is under investigation.

Possible causes, according to LBV, include collision with cable car cables, poisoning by hunting ammunition containing lead, being shot illegally, an avalanche, or a fight with a golden eagle.

Wally was considered more domestic than Bavaria, who has flown as far as the Austrian capital Vienna and is doing well.

The pair are reported to have had a large following, with many following their trips and keeping up to date with the search for Wally in the wake of her disappearance.

The LBV will soon release two more young bearded vultures into the National Park to support the eastern Alpine population.

“We are therefore looking forward to the forthcoming release of two more young bearded vultures in the wild in the Berchtesgaden National Park.”

With a wingspan of up to 2.9 meters (9 ft 6 in), bearded vultures are the largest breeding birds in the Alps.

They are harmless to humans and other animals and only eat carrion.

The species is categorized as near-threatened by the International Union for Conservation of Nature.

«Previous Post
Stars In Their Fries – A Fast-Food Shop In England Has Become An Unlikely Tourist Destination»Next Post
The Jawsome Tooth: How Great White Sharks Helped Wipe Out Mighty Megalodons