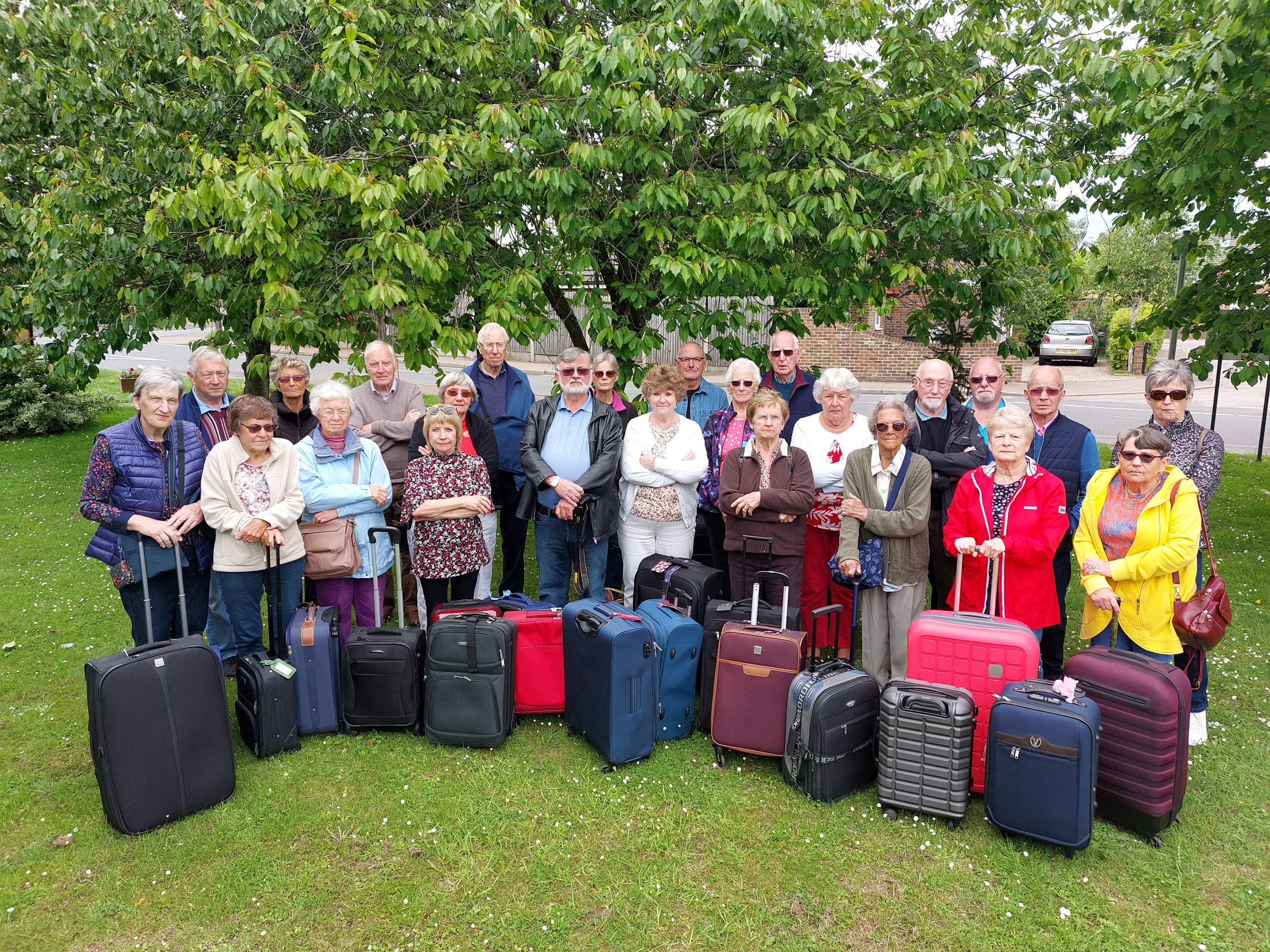 A group of more than 50 pensioners flew off on their first holiday since lockdown only to end up back where they started 12 hours later following a nightmare day on EasyJet. (KM Group/Zenger)

A group of more than 50 retirees flew off on their first vacation since lockdown only to end up back where they started 12 hours later following a nightmare day on EasyJet.

The group, aged 75 to 92, were supposed to be flying to the Isle of Man in the English Channel from Gatwick airport, London, after getting there from their homes in Kent in central England.

But their flight had to land in Manchester due to high winds and after a three and a half hour wait it was canceled and they were flown back to Gatwick.

Despite other flights making it to the Isle Of Man, after a 90-minute wait at Gatwick they were told there was no hotel accommodation for them and the next flight was in three days time.

So the whole group was forced to cancel their $850 a-head trip. To add insult to injury, EasyJet said they wouldn’t refund the flight cost as the wind was out of their control.

The retirees – from Canterbury, Herne Bay, Whitstable and Hythe – say they are disgusted with their treatment and will never use the airline again.

Eileen Booker, who organizes trips for over-70s through her Booker Trip agency, said in the end they decided to cancel the whole thing and return home.

Since lockdown, this was their first holiday away. We were all hungry, tired, it was such a long day for nothing.

“It was absolutely disgusting the way were treated. Other planes were landing on the Isle of Man, other people had on-board apps showing that. Why they chose to abandon us I don’t know.”

But instead of visiting the Lexi Wheel, Manx Electric Railway, and the House of Keys, they spent 12 hours being shuttled up and down the mainland and found themselves back at Gatwick.

Booker, 77, said the captain on the return flight had told them that on arrival at Gatwick, there would be a coach to take them to a hotel for overnight accommodation and there would be a new flight in the morning.

She said: “We thought we’d salvage some of our five-day holiday.

“But when we got back to Gatwick, nobody at EasyJet knew anything about us and they said there wasn’t any availability for a group of 53 on a flight until Wednesday.

“I had to make the decision to abandon the trip. We lost our holiday because of them.”

The party did not get home until the early hours of Monday, May 23.

Booker said the whole experience left her feeling “disgusted” and she has vowed never to use EasyJet again.

A spokesperson for the airline said: “We contacted customers to advise them of the cancelation and their options to rebook or receive a refund and with information on arranging hotel accommodation.

“Unfortunately, we are unable to provide rooms for all customers and we advise that anyone who sources their own hotel accommodation will be reimbursed.

“Our team are reaching out to Ms. Booker to apologize for her experience and to reimburse her and her group for their expenses.

“While this was outside of our control, we are very sorry for the inconvenience caused by the cancelation.

“The safety and well-being of our passengers and crew is our highest priority.”

Because the cause of the cancelation was considered as an extraordinary circumstance, EasyJet will not pay out any compensation.

The company will, however, reimburse customers for any reasonable expenses.

It is understood other planes may have been able to fly to the Isle of Man at the same time due to changes in the weather at the time of arrival.

«Previous Post
Sold: A Silk Panel Which Hung During The Queen’s Coronation Ceremony Went For $2,500 At Auction»Next Post
Travel Hacks: 22-Year-Old Entrepreneur Shares Tips On How To Travel In Style On A Budget