Breast Tips: Waitresses Show How Much They Make From Googly-Eyed Customers 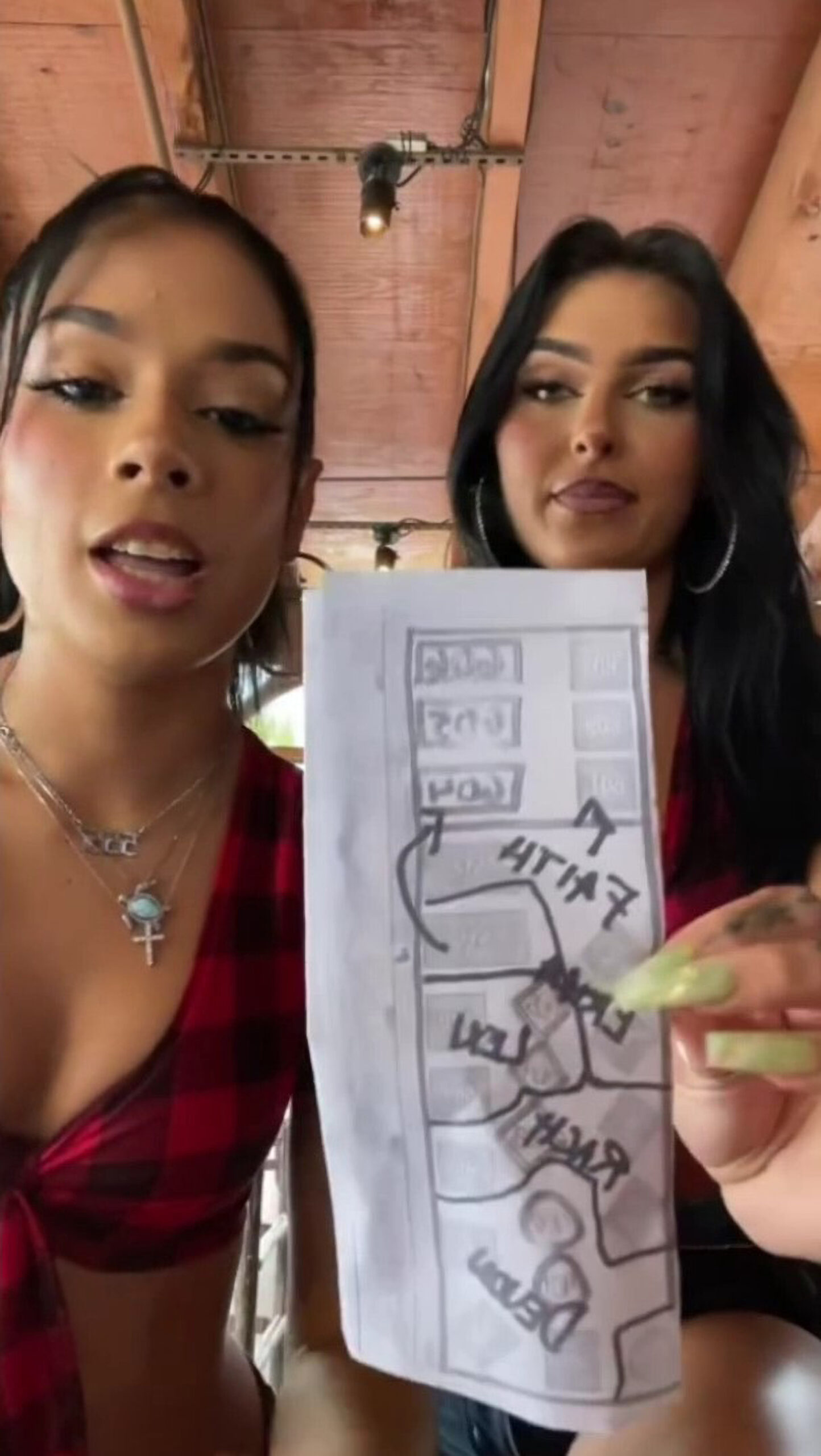 Two servers show how much tips they got in a shift at Twin Peaks bar in Florida. (@erikavfr123/Zenger)

This is the viral moment two sexy waitresses reveal how much they make in tips while serving at a popular ‘breastaurant’ eatery in Florida.

Stunning Erika Rodrigues and Faith Colyer – who wear skin-tight shorts and gingham bra tops when on duty – posted the footage on TikTok, where it has clocked up more than 2.3 million views.

The pair recorded their customer tips from a single Saturday night at a Hooters-style Twin Peaks sports bar and restaurant.

In the footage, the two beauties, who are also a couple, reveal they can rack up more than 400 dollars in tips in one shift alone.

The viral footage begins with the two waitresses speaking from a car and one of them says: “Come to work with us as a couple that works at Twin Peaks on a Saturday night. It is currently 4:28. We have to be in by 4:30.”

One of the women, wearing a skimpy, revealing outfit, says: “We might make money, we might not.”

But her fears appear to be unfounded as by the time they are ready to clock off after nine hours, Faith says she earned 423 dollars in tips while Erika – who admitted to having “a lot of mishaps” – got 275 dollars.

One netizen commented: “I make 400 dollars as a cashier every week after working 35 hours.”

The Twin Peaks website shows pictures and videos of their waitresses getting soaked with a bucket of beer.

It says: “Our Twin Peaks Girls are the essential ingredient to the perfect lodge experience.

“They are the beautiful faces that represent the brand and the reason our customers consistently come back for more.

Breastaurants are a largely US phenomenon where waitresses are required to wear skimpy clothing while they serve mostly male customers.

Under US law, tipped workers must receive a minimum cash salary from their boss under the expectation that they will make enough in tips to earn the federal minimum wage.

If the tips are not enough, the employer has to top up their salary to make sure they reach the minimum wage.

Although the amounts differ in every state, in Florida, where the girls work, the minimum cash salary is $6.98 per hour with a minimum-wage total of $10 per hour.

«Previous Post
The Jawsome Tooth: How Great White Sharks Helped Wipe Out Mighty Megalodons»Next Post
Sold: A Silk Panel Which Hung During The Queen’s Coronation Ceremony Went For $2,500 At Auction