Armored Vehicle Is Blown Up By Ukrainian Ordnance As Russians Scurry

A Russian armored vehicle is recorded as it blows up after an attack launched by Ukrainian ordnance.
By Joseph Golder June 2, 2022
Facebook
Twitter
Linkedin
Email 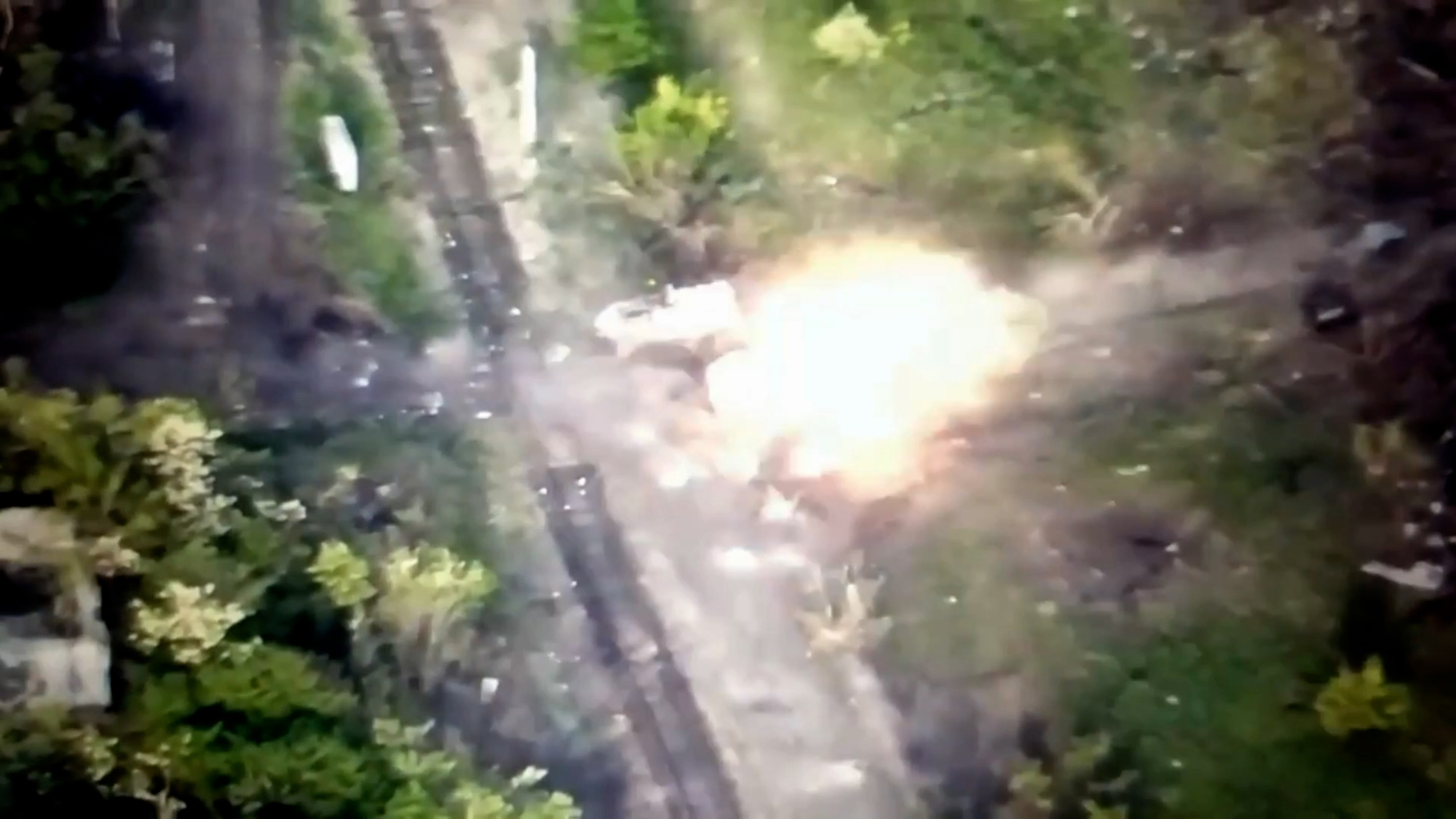 The Command of the Assault Troops of the Armed Forces of Ukraine shared the footage of how the combat vehicle of the Russian airborne troops was disposed of in the Ukrainian land.  (www.dshv.mil.gov.ua/Zenger).

These images show a Russian armored vehicle being blown up by Ukrainian ordnance as two other vehicles scurry away.

It is unclear where exactly the images were filmed in Ukraine, but they were obtained from the Command of the Assault Troops of the Armed Forces of Ukraine, which said that the operation was carried out by Lviv paratroopers against “the occupier’s airborne forces.”

A statement added: “You are watching how the landing combat vehicle of the enemy airborne troops is disposed of on the sacred Ukrainian land!”

Ukrainian forced said that “an engineering and sapper unit [combat engineer]”, a “separate assault brigade of the Armed Forces of the Ukrainian Armed Forces,” prepared various “surprises” for the Russian soldiers ahead of time, “in the form of mined areas.”

They signed off with “Death to the Russian occupiers!” and the now-famous slogan “Slava Ukraini!”, which means “Glory to Ukraine!”

Ukraine has called Russia’s offer to lift the blockade of its Black Sea ports in return for the lifting of some sanctions “blackmail.” The blockade has led to shortages in wheat and cooking oil across the world.

The OHCHR said that information is still lacking regarding, for example, Mariupol, in the Donetsk region, Izium, in the Kharkiv region, and Popasna, in the Luhansk region, where there are allegations of numerous civilian casualties.