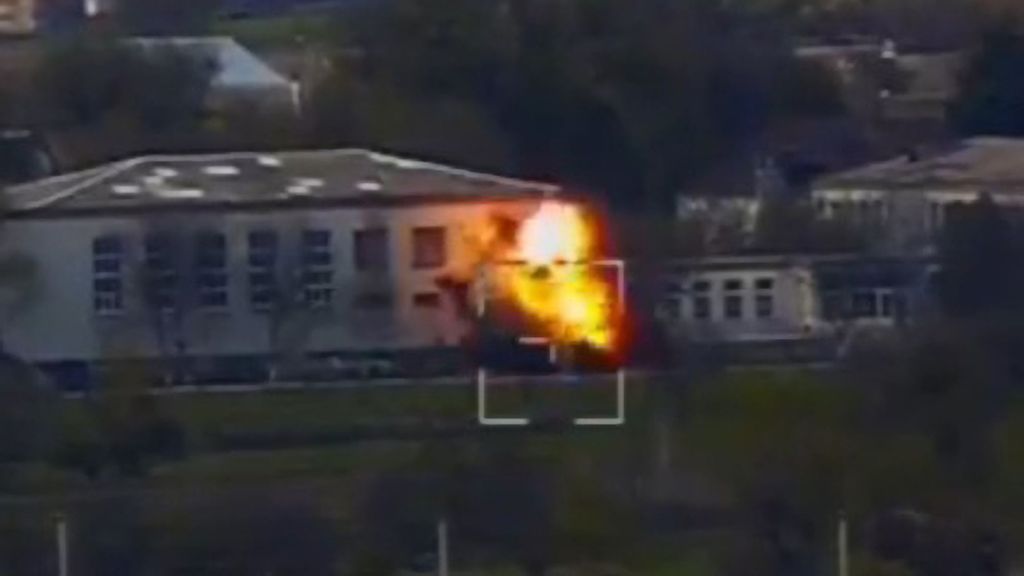 This video shows the moment when a Ukrainian-made missile turns a sitting-duck Russian tank into a fiery wreck.

Zenger News obtained the footage from the Operational Command South (OC South) of the Ukrainian Ground Forces on Tuesday, May 31.

The clip opens with a parked Russian tank next to a building in the crosshairs.

Suddenly, a projectile is seen hurtling towards it and, after a few seconds, it scores a direct hit on it.

The tank is seen bursting into flames and giving off a plume of thick, dark smoke as at least one person is seen running away from the burning wreckage.

OC South simply said (in Ukrainian): “Good evening, we are from Ukraine.”

The missile that blew up the tank was a Stugna-P – a Ukrainian anti-tank guided missile system developed by the Luch Design Bureau in Kyiv – in the 2010s.

OC South did not specify where in Ukraine the footage was filmed.

The General Staff of the Armed Forces of Ukraine reported that from February 24 to June 1, Russia had lost about 30,700 personnel.

President Joe Biden said that he will send Kyiv more advanced rocket systems that will help to strike enemy forces from a longer distance.

And European Union leaders have reached an agreement to ban 90 percent of oil imports from Russia, but they remain undecided on gas imports.