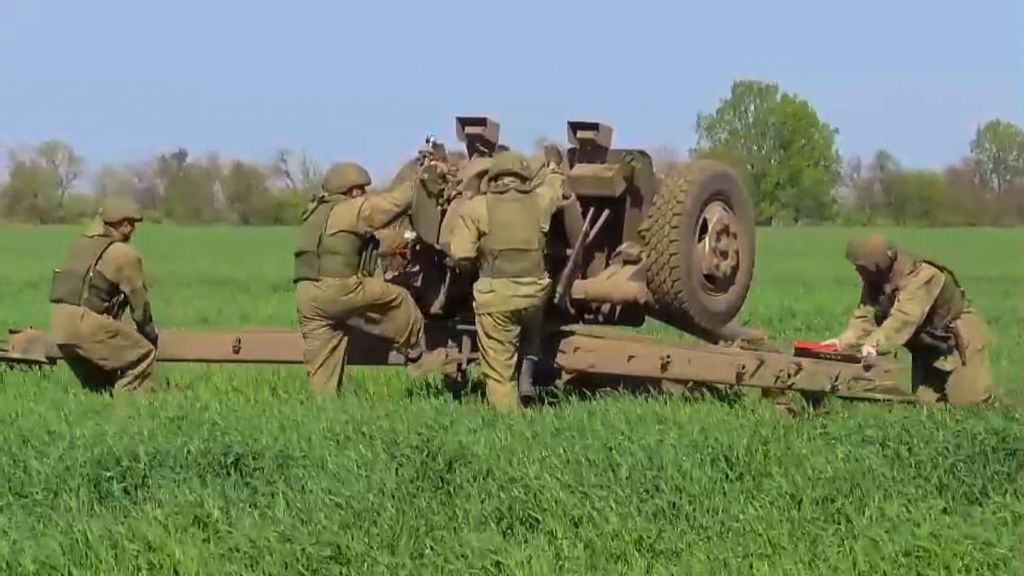 Combat crews of Artillery units destroyed enemy mortars and the defensive structures of the Armed Forces of Ukraine in May 2022. (Ministry of Defense of Russia/Zenger).

The images show military vehicles sporting the now infamous letter ‘Z’ driving across a field while towing pieces of artillery.

Soldiers can then be seen deploying the artillery equipment in the field before calibrating them and pointing them at their unseen targets.

They can then be seen opening fire and apparently shelling unseen Ukrainian positions.

The images were obtained from the Russian Ministry of Defense (MoD), which said that they show “the work of artillery units of the Airborne forces during the special military operation”.

From February 24 to May 30, the total combat losses of Russian troops stand at around 30,350 personnel, according to the General Staff of the Armed Forces of Ukraine. May 31 marks the 97th day of the invasion.

The OHCHR said that information is still lacking regarding, for example, Mariupol, in the Donetsk region, Izium, in the Kharkiv region, and Popasna, in the Luhansk region, where there are allegations of numerous civilian casualties.

Fighting in eastern Ukraine is said to be intense, with Russia making steady but costly gains. The United States is reportedly preparing to send heavy weaponry, including advanced, long-range rocket systems to Ukraine as it steps up its support for the country.