On The Rug: Bald Brit Murder Suspect Could Be Wearing A Wig, Say Spanish Police

Ferguson is part of a list of 10 of Spain's most wanted suspects issued by the Spanish National Police on May 30.
By Joseph Golder June 1, 2022
Facebook
Twitter
Linkedin
Email 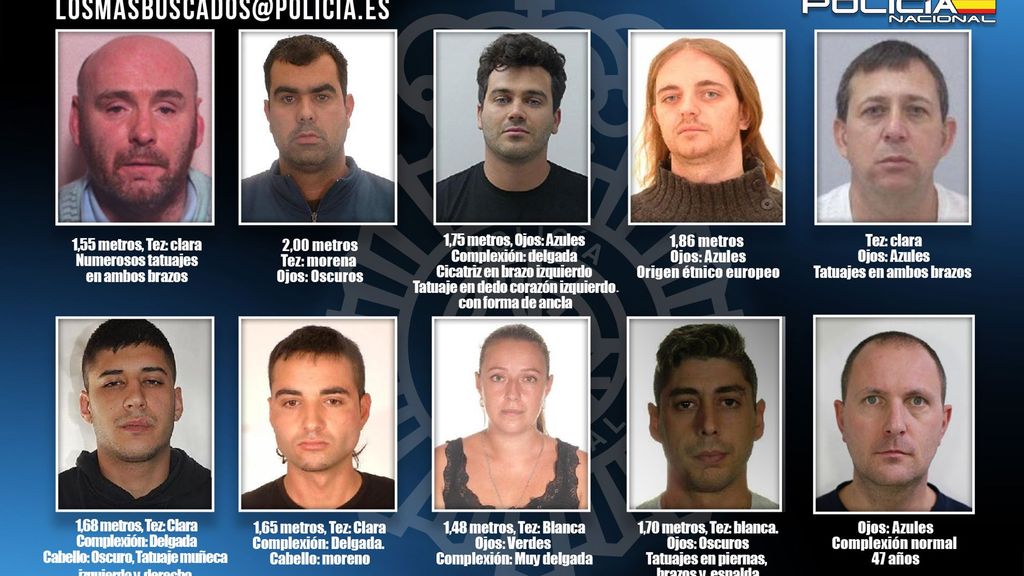 The ten fugitives wanted by different national and international courts, that the National Police has launched a campaign to locate in Spain, in May, 2022.  (Zenger)

A bald British fugitive wanted over the murder of a waiter could be hiding undercover in Spain by wearing a toupee, say police.

Suspect Derek McGraw Ferguson, 58, is alleged to have shot a waiter dead in a Glasgow pub car park.

A second suspect – also believed to have been killed by Ferguson – was later found dead in an oil drum.

Spanish police said of Ferguson: “He is the alleged murderer of a waiter who died in June 2007 from a shot to the chest in the parking lot of the tavern where he worked, in the British town of Glasgow.

“The patrons of the bar raised the alarm, but he died on arrival at the hospital.

“Investigators believe the two people waiting for the waiter in the parking lot were Derek McGraw.

“Ferguson and another man whose body was found weeks later in an oil drum in the River Clyde. The agents are also investigating Derek for this matter.”

They added: “The fugitive is 1.55 meters tall [5 ft. 1 in.], has fair skin and marked alopecia, although he could have received a hair implant or wear a wig.

“In addition, part of his left ear is missing, which could have been touched up by plastic surgery.

“In his day he wore several tattoos on his left arm: a heart, an arrow and a dagger. He is dangerous and may be armed. He is 58 years old.”

Ferguson is part of a list of 10 of Spain’s most wanted suspects issued by the Spanish National Police on May 30.

They said: “Fugitives with different criminal profiles have been included in the most wanted list, some of them wanted and captured for more than 15 years, and who could be hiding in our country.”

They appealed to citizens to help locate the wanted criminals, saying: “Citizen collaboration can be decisive for their location, which is why a specific email address, [email protected], has been set up so that citizens who believe they have any information that could lead to their location can communicate it to the investigators in a confidential manner.”

They explained: “International collaboration has been key to locating many of them, collaboration materialized through tools such as the European Network of Active Fugitive Search Teams -ENFAST-, available 24 hours a day, seven days a week, to undertake immediate action aimed at locating and arresting fugitives.

“During the year 2022, the National Police chairs the ENFAST network, made up of police officers from the 27 countries of the European Union and other associated countries such as the United States, Switzerland or Norway. The evolution of this unit and the excellent results have made it possible to position the National Police and Spain as leaders in arrests in Europe, which has led to the Fugitive Location Section assuming the presidency of ENFAST.”

The police are also looking for Diego Darío Gonzalez Ghersi, 40, who is wanted for “alleged sexual abuse committed against his own minor daughter.”

Others on the list include Viviana Andrea Vallejo Gutierrez, accused of human trafficking and prostitution.

Another suspect is Manuel Herrero Munoz, who allegedly hacked a man to death.

Police added: “Later, he hid his body in a warehouse located in the same building, inside a drum that they filled with cement.”

Norbert Kohler is 44 years old and is alleged to have been found to be in “possession of 212 kilograms of cocaine in the Madrid town of Majadahonda,” on August 30, 2017.

Police said: “He is also being investigated for money laundering related to drug trafficking. In addition, during the years 2000 and 2001 he was involved in nine robbery cases in the Czech Republic as a member of a gang.”

Luis Martinez Calleja is a wanted robber who escaped from a prison in Madrid while being transferred to a hospital in 2014.

Nicholas Shterev Kurkuchev, 53, is the “alleged leader of an international organization dedicated to the traffic of large quantities of narcotic substances through containers from South America to Europe.”

Ramon Saavedra Lopez is wanted for “intentional homicide”, while Manuel Bellido Moreno was “sentenced in a final judgment to a sentence of nine years in prison for the crime of issuing and distributing counterfeit currency.”

The last person on the most wanted list is Tom Michielson, also known as “Vermeiren or Heinrich Schmidt”, a 46-year-old of Belgian.

Police said: “He is allegedly involved in crimes related to drug trafficking, money laundering and arms trafficking. He is considered a dangerous fugitive as he could be in possession of firearms.”