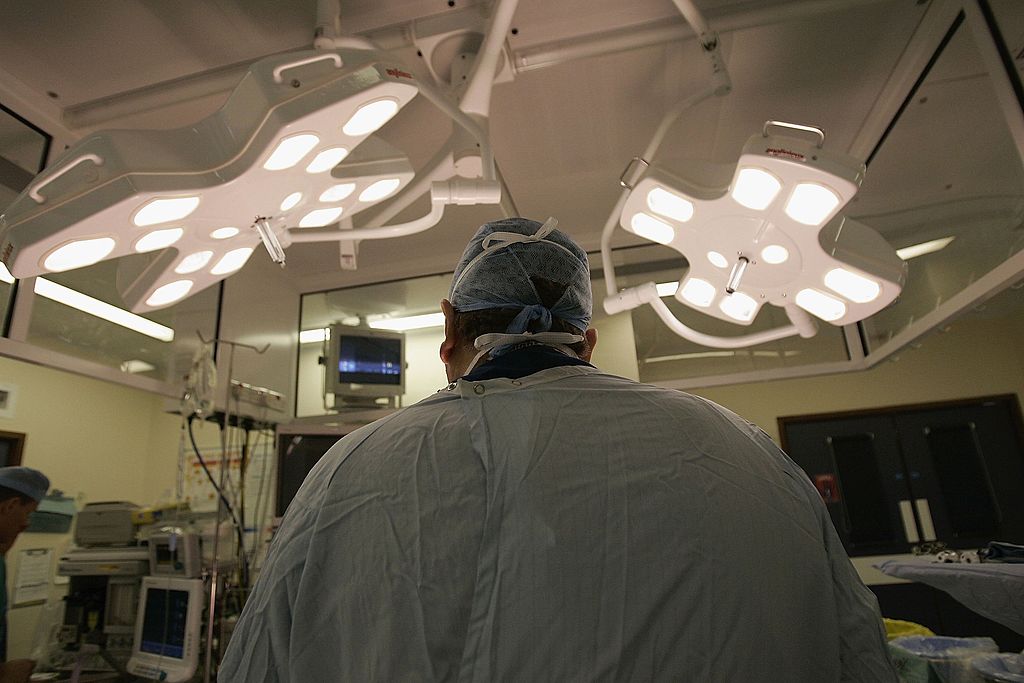 A human liver has been ‘kept alive’ for nearly three days at body temperature before being transplanted into a cancer patient in a world-first, doctors have revealed.

The 62-year-old man, who also had advanced cirrhosis, is now fit and well – more than a year later.

This break-through could combat the donor shortage crisis by increasing the number of organs available – while allowing for elective rather than emergency surgery.

Currently, they have to be stored on ice for no more than 12 hours. Those that can be matched to recipients is limited.

Corresponding author Professor Pierre-Alain Clavien of University Hospital Zurich said: “The patient rapidly recovered quality of life without any signs of liver damage, such as rejection or injury to the bile ducts. He remains healthy a year after surgery.”

The unnamed Swiss man also had severe portal hypertension, high pressure in the vein which carries blood to the liver. It can lead to hemorrhage – and organ failure.

Added Prof. Clavien: “The transplanted liver functioned normally, with minimal injury as blood flow from internal blood vessels returned.
“Only a basic immunosuppressant regime during the first six weeks after transplantation was needed.”

The organ was taken in May 2021 from a 29-year-old woman who died following severe sepsis due to multi-resistant bacteria.

It was placed in a machine and connected to tubes that supplied it with a blood substitute at normal body temperature.

Nutrients and drugs were also pumped through. The organ continued to function and produce bile.

The initial two liver tumors could be controlled by chemotherapy and radiation and radiofrequency ablation. Two more appeared subsequently, which were harder to stop.

Prof. Clavien said: “Taking into account the rapid development of new HCC lesions, we listed the patient for transplantation with the knowledge he had a near-zero chance to receive a graft in time and had no available living donation.”

At the moment, the waiting time for liver cancer patients in Switzerland exceeds more than 12 months.

Around 1,000 liver transplants take place in the UK each year. There are currently 11,000 Britons living with a liver transplant. The average waiting time is four months.

It is the only hope for the long-term survival of a person with liver failure.

Unlike the kidney, heart or lungs there is no device, such as a dialysis machine, that can permanently replicate the functions of the liver.

At the beginning of the fourth day, after organ recovery and a total of 68 hours machine perfusion, the liver was transported to the operating room.

Professor Clavien said: “It was implanted within 60 minutes after disconnection from the machine.”

The liver showed no major anomalies and weighed nearly 3lbs – about a quarter less than before its placement in the machine.

Prof. Clavien said: “This inaugural clinical success opens new horizons in clinical research and promises an extended time window of up to 10 days for assessment of viability of donor organs as well as converting an urgent and highly demanding surgery into an elective procedure.”

Liver transplants are among the greatest innovations in modern medicine – restoring normal quality of life to patients otherwise doomed to premature death.

But their success over the past 30 years has led to a worldwide shortage of organs, said Clavien.

Liver grafts are routinely preserved in a static cold solution at 2 to 5 °C (35 to 41 Fahrenheit) – and implanted within a few hours.

The breakthrough described in the journal Nature Biotechnology is the culmination of an ambitious long-term project that began in 2015, supported by the Wyss Zurich Translational Center.

Clavien said: “The scientific background of this research was developed through many years of research in understanding liver injury and regeneration.

“In this framework engineers, biochemists and physicians developed a complex machine that integrates multiple core physiological features, including automated remote control of all key parameters, to secure organ viability.”

Preclinical studies were first carried out on pig, that share physiological similarities with us, and discarded human livers. They indicated normal function and organ architecture for up to 10 days outside of the body.

“The insights arising from this procedure can expand understanding of liver physiology as well as open unexplored horizons for transplant medicine.”

It opens the door to a range of therapies for liver conditions and metabolic disorders.

Clavien said, finally: “However, these results suggest that such technology may not only increase the number of potential donor organs that are available, but also enhance the prospect of treating donor organs with drugs before transplantation.”

The concept of keeping donor organs at body temperature and preserving their function is also being tested in heart and lung transplants.

«Previous Post
Stress Is More: Acute Stress May Increase Chances Of Dying From COVID, Say Scientists»Next Post
Rare Condition – A Toddler With A Genetic Condition So Rare That Even Doctors Had To Google It