Elite Kenyan Runners Are Propelled By Their Faith

Many of the country's long-distance runners credit their spiritual lives as essential to their success.
By Dr. Robert Carle June 1, 2022
Facebook
Twitter
Linkedin
Email 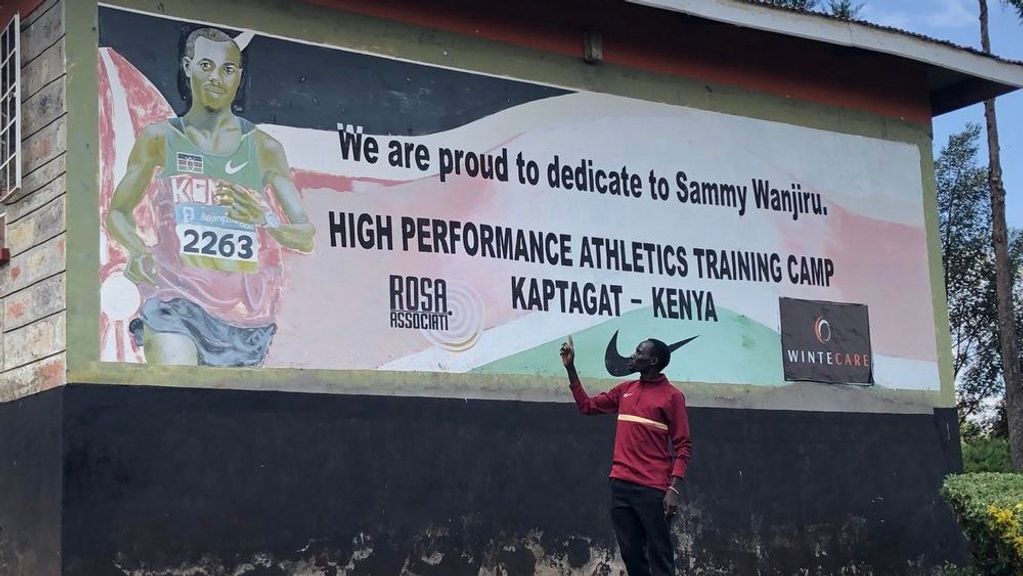 There are many factors that create successful runners. In Kenya, one factor may be religion.

Three-quarters of Kenyan champions belong to the Kalenjin ethnic minority, which has only 6 million people, or 0.06% of the global population.

American journalists have been fascinated by Kalenjin runners for decades, and their explanations for Kenyan dominance in running has included training, culture, biology and diet. However, one factor remains little explored or understood in media coverage: The spiritual lives of the Kalenjin runners.

Lawrence Cherono, winner of the 2019 Boston and Chicago marathons, told ReligionUnplugged.com that journalists never ask him about his Christian faith. And when he brings it up in interviews, journalists quickly change the subject. The vast majority of these runners were raised in either Protestant Christian or Roman Catholic households. They frequently attribute their success to the discipline and support their religious faith gives them.

That Kenyan runners dominate the sport is also noteworthy.

Of the top 25 male record holders for the 3,000-meter steeplechase, 18 are Kenyan. Eight of the 10 fastest marathon runners in history are Kenyan, and the two outliers are Ethiopian.

Many of these winners are Kalenjin.

The Kalenjin live in Kenya’s Rift Valley. Iten, a town that sits on the edge of the valley at 7,000 feet above sea level, is nicknamed the City of Champions.

“If you look at it statistically, it sort of becomes laughable,” said David Epstein, a former senior writer at Sports Illustrated. “There are 17 American men in history who have run under 2:10 in marathons. There were 32 Kalenjin who did it in October 2011.”

“Kenya is not like Europe or America,” said John Njoroge Miaka, who won the Madrid Marathon in 2000 and the Valencia Marathon in 2001. “Christianity holds us up. We expect miracles. Even runners who don’t go to church carry small Bibles around with them and read their Bibles for inspiration. They trust in the God of the Bible.”

Eliud Kipchoge, the only person in history to run a marathon in less than two hours, told Swiss journalist Jürg Wirz: “Religion plays a very important role in my life. It keeps me from doing things that could keep me from my goals. On Sundays, I go to church with my family, and I pray regularly, even in the mornings before a race.”

In October 2019, Tom Osanjo published an article in ReligionUnplugged.com about how churches throughout Kenya met on the day of the race to pray for Kipchoge’s success. “We are going to be Eliud’s pacemakers in prayer,” a parishioner told Osanjo.

Marathon runners are national heroes in Kenya, and their religious beliefs commit them to using their fame and wealth to serve their communities.

Cherono said from an early age, he attended the Africa Inland Church. He was spiritually formed in a church that taught him to give back to society. Now that he has achieved fame, he is in the process of setting up the Lawrence Cherono Foundation to fund the digging of wells in his hometown, which lacks clean and abundant water.

Mary Keitany won the 2014, 2015, 2016 and 2018 New York City marathons. She and her husband, Charles Koech, have helped fund and build the Mary Keitany Shoe4Africa school in Mary’s hometown, Torokwonin, Baringo County. Keitany had to drop out of school to become a housekeeper when she was a teenager. She wants to help other children in her hometown avoid a similar fate.

Wesley Korir won the 2012 Boston Marathon. He used his earnings to start a foundation that supports 2,000 farmers and pays for 300 children to go to school. Korir told the Guardian: “If I win a race, those kids go to school next year. If I don’t, they don’t. It is a very big motivation. When you reach the pain, you have a reason.” Korir is currently running for the country’s Parliament representing Rift Valley.

The Rev. David Nganga is the lead pastor of the Africa Inland Church Fellowship in Eldoret, Kenya. He has had several elite runners in his congregation. He recognizes them in worship services, and during races, his congregation prays for the runners.

His church produced Benjamin Limo, the only Kenyan athlete to win a gold medal in the 10th World Championships in Athletics in Helsinki. Nganga prayed for the entire Kenyan team at their training camp before they left for the Olympic Games in Rio de Janeiro.

Nganga said that Kenyan churches must become as deliberate about pastoral care after the games as they are before the games. Kenyan athletes who come home as winners face a myriad of immense challenges. In rural parts of Kenya, a rich person is expected to help not only his or her family and friends, but also anyone lacking money for food, medicine or rent.

Successful runners are flooded by requests from needy people. They are expected to appear at political rallies, events held by business owners to inaugurate shops and at church fundraisers. Such pressures can drive Kenyan runners to hide themselves in training camps or to move to Nairobi, where they can live anonymously.

In the worst cases, athletes squander their money in irresponsible investments and wild living. Nganga asks them: “How do you handle huge sums of money made in a very short time? How do you handle the temptations of sudden fame and wealth?

“Some athletes have not responded well to these challenges,” he said. “There have been suicides, divorce, separations, polygamy.”

Nganga said churches are in a position to intervene to provide pastoral care, spiritual counseling, marital support and financial advice for returning athletes. The church has the moral authority among athletes to be of great service to them.

Robert Carle is a professor at The King’s College in Manhattan. Dr. Carle has contributed to The Wall Street Journal, The American Interest, Religion Unplugged, Newsday, Society, Human Rights Review, The Public Discourse, Academic Questions, and Reason. Carle is reporting from Eldoret, Kenya.