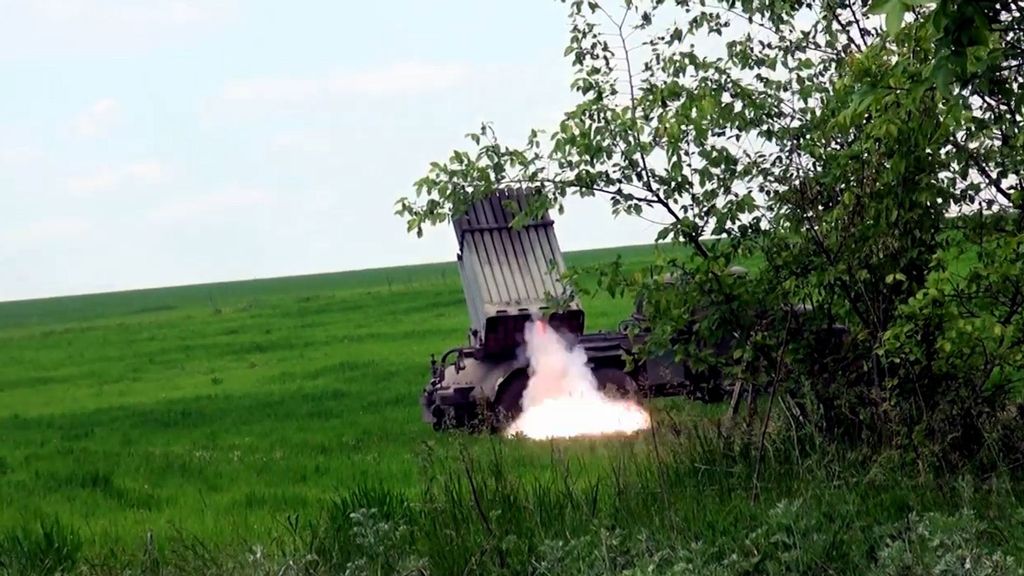 Soldiers of the jet artillery unit of the 81st separate airmobile brigade of the Command of the Assault Troops of the Armed Forces of Ukraine continue to inflict damage on the Russians and destroy their equipment in the Donetsk region. (www.dshv.mil.gov.ua/Zenger).

Ukrainian soldiers fire a flurry of rockets at Russian targets from a Grad 122-mm rocket launcher, as seen in a released video.

The Ukrainian military said the attack was carried out by members of the 81st Airmobile Brigade of the Ukrainian Air Assault Forces (DShV) in the eastern region of Donetsk Oblast.

The Command of the Assault Troops of the Armed Forces of Ukraine said on May 30: “Artillery of the 81st brigade of the DShV destroyed Russian occupiers in the Ukrainian Donetsk region.

“Soldiers of the 81st Airmobile Brigade of the DShV of the Armed Forces of Ukraine continue to inflict daily losses on the Russian occupiers and destroy their equipment.

Russian troops invaded Ukraine on February 24 in what the Kremlin is still calling a “special military operation.” May 31 marks the 97th day of the campaign.

Meanwhile, Russian troops entered the outskirts of Sievierodonetsk on the morning of May 30 and are advancing on the city center.