The strikes took place near the city of Zaporizhzhia in the south-eastern Ukrainian region of Zaporizhzhia Oblast.
By Lee Bullen June 1, 2022
Facebook
Twitter
Linkedin
Email 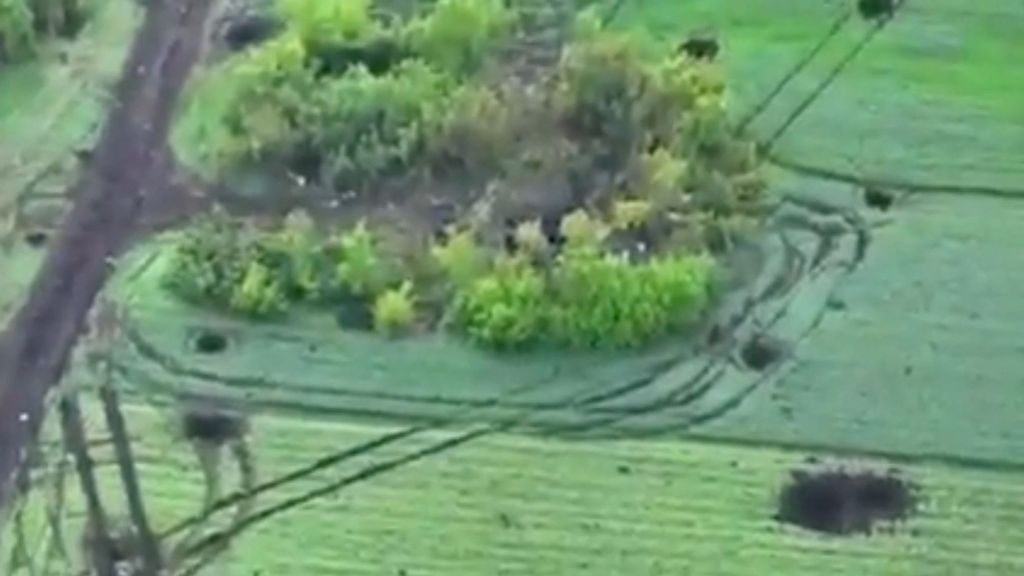 The Ukrainian military with the help of drones destroyed two combat vehicles of the Russian Army. (AFU StratCom/Zenger).

This is the moment as a release video shows Ukrainian soldiers bomb two Russian infantry fighting vehicles that had been wreaking havoc on their operations near Zaporizhzhia.

The Center for Strategic Communications (StratCom) said on May 30: “The Armed Forces of Ukraine continue to destroy Russian occupiers. Two BMD-4Ms, which the orcs had been using to disturb our infantry positions in Zaporizhzhia for several nights in a row, were destroyed. Death to the enemy!

“Believe in the Armed Forces of Ukraine! Ukraine will win!”

Russian troops invaded Ukraine on February 24 in what the Kremlin is still calling a “special military operation.” May 31 marks the 97th day of the campaign.

The OHCHR said that information is still lacking regarding, for example, Mariupol in the Donetsk region, Izium in the Kharkiv region, and Popasna in the Luhansk region, where there are allegations of numerous civilian casualties.