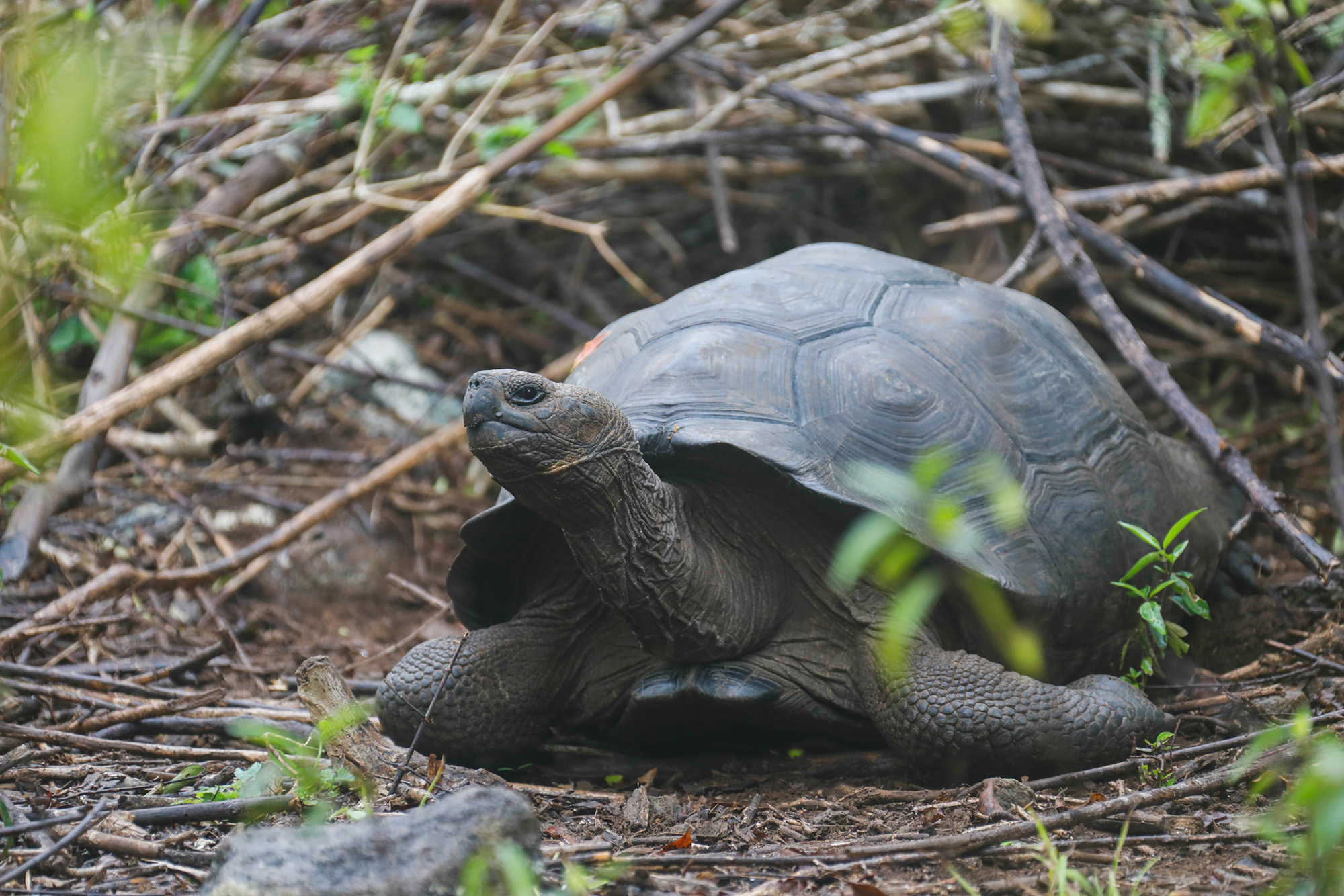 The species of giant tortoise that inhabits San Cristobal Island, beloved to be Chelonoidis chathamensis, was found to genetically corresponds to a different species, not yet described, which was believed to be extinct since the beginning of the 20th century. (Parque Nacional Galapagos/Zenger)

A plan to build a luxury tourist resort on the first Galapagos Island seen by Charles Darwin has infuriated conservationists and residents.

Officials in San Cristobal Island have given the green light to the project for the 35-room resort with a spa, pool, gym and convention center.

The site, though, is in a coastal area, and it is protected because of its unique wildlife.

The Galapagos Governing Council initially rejected the project in 2015 amid concerns it would threaten some of the island’s unique species.

However, earlier this year, a decision was taken to develop the Hogalapagos complex in the area of Punta Carola where 7,475 residents live.

SOS Galapagos, a conservationist group, said the area “must remain protected,” explaining that several species come to the beach for nesting and breeding.

The organization also said that the community does not accept the plans to redevelop the area, also considered a popular surfing point.

Marine biologist Isabel Silva told local media that Punta Carola is a breeding area for sea lions and a nesting site for iguanas, and there are also numerous colonies of seabirds in the area.

According to reports, residents have been holding protests to make sure the proposed Hogalapagos tourist site does not go ahead.

San Cristobal was the first sight of the Galapagos islands for Darwin and the crew of his exploration ship HMS Beagle.

One local history source explained: “Darwin was eager to start collecting specimens and writing down his observations.

“He was intrigued by the rocky terrain, and amazed by how tame the wildlife was in the islands because they had never had to fear humans before.”

The Galapagos Islands are one of the most important natural sanctuaries in the world and Ecuador’s best-known tourist destination.