Turtle Freedom: Zoo Sends Marine Life Back Into The Wild

Released by police on May 27, the footage was shot earlier this year in New South Wales State in southeastern Australia.
By Pol Fernandez May 31, 2022
Facebook
Twitter
Linkedin
Email 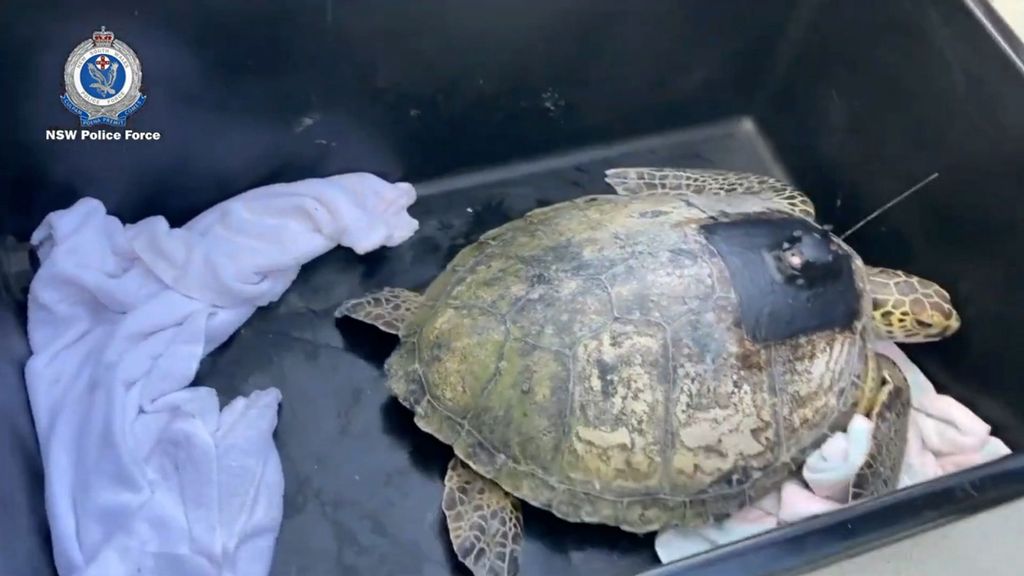 Marine Area Command joined their friends at Taronga Zoo about to release turtle back into the wild, in Sydney, Australia. (TheNSWPolice/Zenger).

In an emotional moment, two turtles and a penguin from a zoo are released into the wild as shown in a video.

Released by police on May 27, the footage was shot earlier this year in New South Wales State in southeastern Australia.

The video footage shows two turtles and a penguin being loaded into a police boat in large plastic buckets, to be released a mile or two away from the coast.

One of the turtles can be seen wearing a tracking device affixed to its shell, so that the experts can monitor its migratory patterns.

The New South Wales police said: “Earlier this year, our Marine Area Command joined our friends at Taronga Zoo to release some slippery sea life back into the wild. Some flippin’ good team work if you ask us!”

Travis Butler, from Marine Area Command, explained: “So today we are meeting with some staff from Taronga Zoo and we are going to pick up two sea turtles and a penguin.”

He also said: “Conditions are a bit rough at the moment but we’ve got enough people on hand that should be able to complete this operation successfully.”

Admitting that “it feels really rewarding” and that it is “one of the better parts of the job,” he added: “Taronga Zoo is putting in all the hard work and we get to be there for the fun part to see these animals getting released back into the wild.”

He said: “Taronga Zoo’s put in all the hard work and they get to be there for the fun part to see these animals get released back into the wild.”

Butler said that the police work with Taronga Zoo every couple of months to release animals, including birds, seals, turtles and penguins, back into the wild.

The video ends by showing underwater footage of the animals released into the wild far from shore. The turtles can be seen swimming and then zooming away moments after being put into the water.

The exact species of the penguin and sea turtles were not revealed.