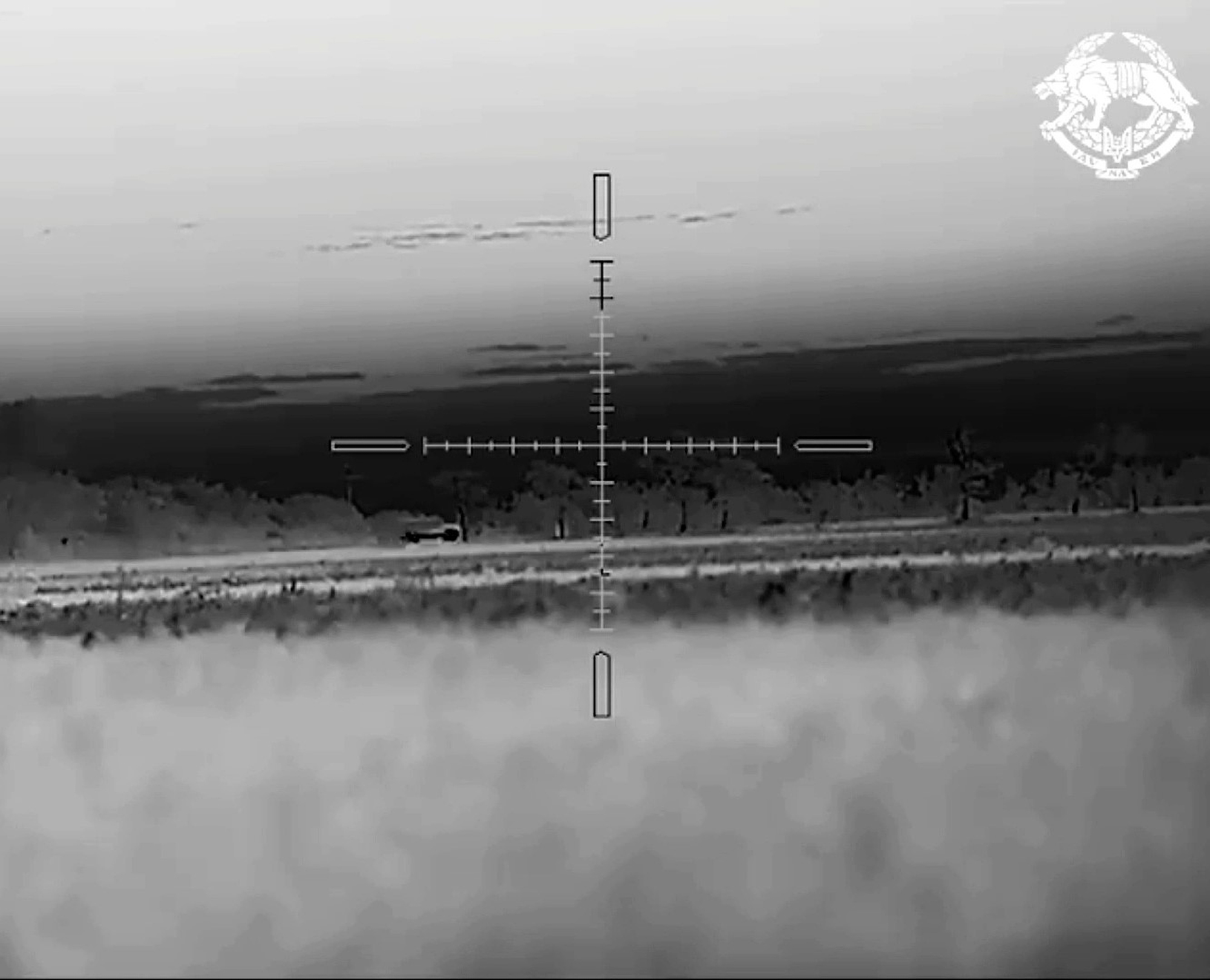 Command of the Special Operations Forces of the Armed Forces of Ukraine shared a video that shows how Ukraine destroyed an armoured Kamaz Typhoon full of Russians. (@usofcom/Zenger).

This is the moment Ukrainian special ops soldiers destroy a Russian ‘Typhoon’ armored vehicle with an improvised explosive device set up on a stretch of road.

The Command of the Special Operations Forces (SSO) of the Armed Forces of Ukraine said they destroyed a Russian ‘Typhoon’: a family of multi-functional armored MRAP [Mine-Resistant Ambush Protected] vehicles manufactured by the Russian truck manufacturer Kamaz.

The Ukrainian military said the strike took place in the southern Ukrainian region of Kherson Oblast.

The SSO said: “Kherson region: we turned the enemy into torches.

“The enemy’s Kamaz ‘Typhoon’, destroyed by our personnel, burned along with its contents in an instant.

“Here is another example of a successful ambush carried out by members of the SSO of Ukraine. In the enemy’s rear in the Kherson region, our soldiers set out on the routes of the Russian military equipment.

“After mining a section of the road, Ukrainian SSO operators waited for a truck with the occupiers to drive past and remotely detonated an improvised explosive device. The result of the work – completely destroyed enemy equipment and personnel.”

Russian President Vladimir Putin signed a decree that makes it easier for Ukrainians in occupied areas to become citizens of Russia. He also scrapped the upper age limit for contractual service in the military.