Russian Ministry of Defense said the unit used a 2S7 Malka to carry out the attack, a Soviet self-propelled 203mm heavy artillery.
By Lee Bullen May 31, 2022
Facebook
Twitter
Linkedin
Email 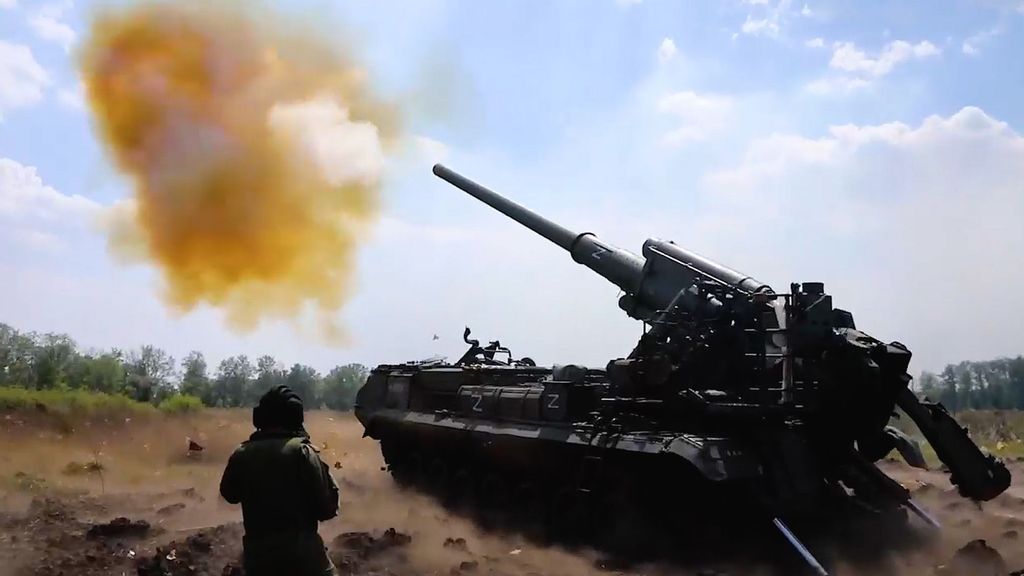 The Russian Ministry of Defense showed the work of self-propelled 203-millimeter heavy artillery Malka hitting firing positions, command posts and areas of concentration of military equipment of the Armed Forces of Ukraine, in May, 2022. (Ministry of Defence of the Russian Federation/Zenger).

The Russian Ministry of Defense (MoD) said the unit used a 2S7 Malka to carry out the attack, a Soviet self-propelled 203mm heavy artillery.

The Russian military said the self-propelled howitzer are effective at firing at enemy artillery, anti-aircraft missile systems, command posts, and areas of concentrated personnel and military equipment of the Ukrainian Armed Forces.

The MoD said reconnaissance work was carried out during the day and night with Russian Orlan-10 drones, able to detect enemy military targets and communicate the coordinates for carrying out a strike.

The Russian authorities claimed the Malka system destroyed Ukrainian positions at long range, adding that the enemy base was set up in a forest and was heavily fortified.

The coordinates were relayed to the Malka crew and missiles were launched with deadly precision.

The Russian MoD said the Malka self-propelled artillery, developed in the Soviet Union in the second half of the 20th century, is still one of the most powerful long-range guns in the world, reaching targets up to 47 kilometers (29 miles) away.