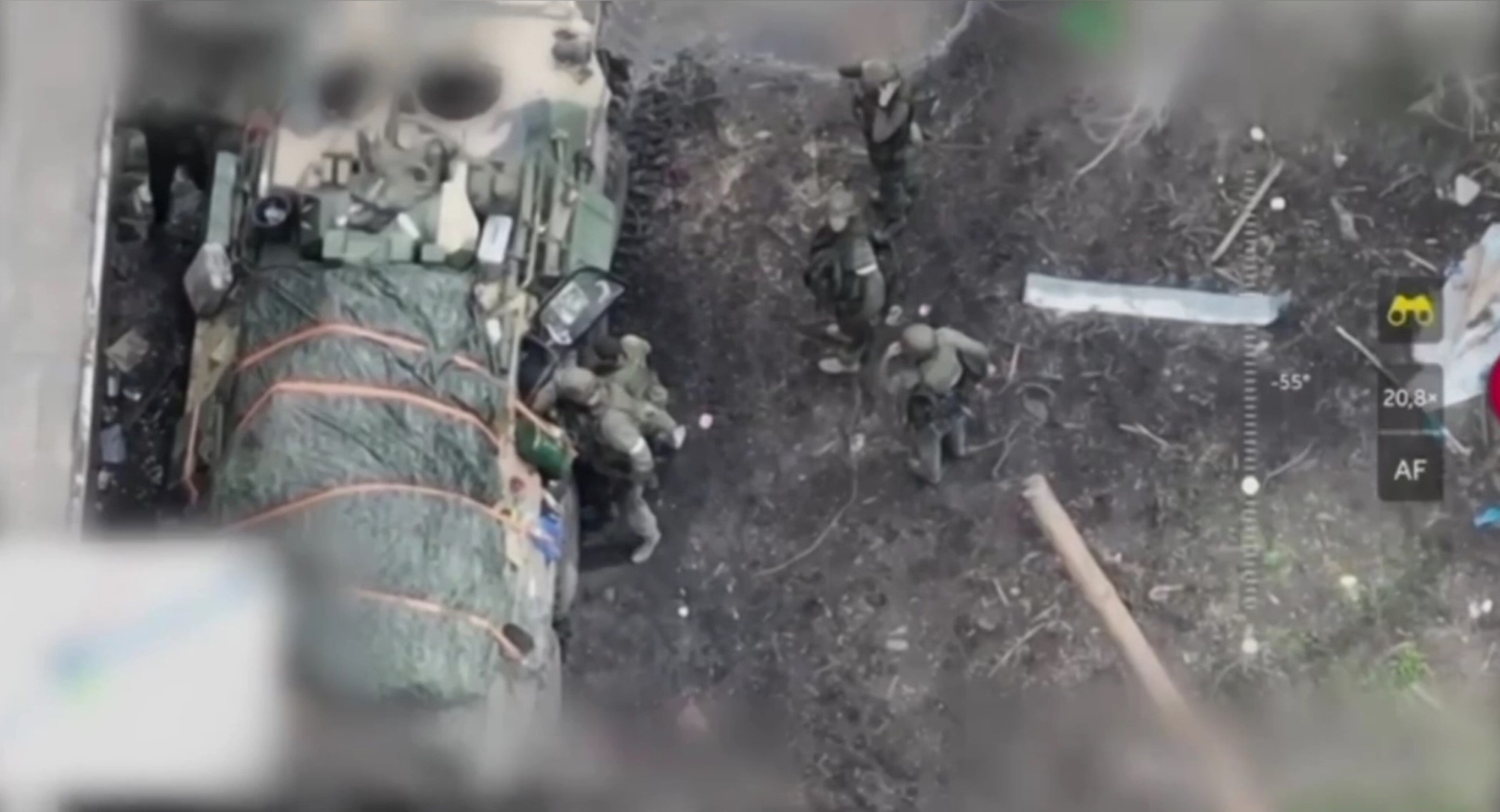 Filigree precise work of special forces of the 15th Main Directorate who destroyed dozen occupiers from a drone Near Zaporozhye. (Pravda Gerashchenko/Zenger)

These released images appear to show a Russian soldier giving a Ukrainian drone the finger moments before the area is blown to hell in massive explosions.

The footage, apparently shot from a drone, shows what appeared to be Russian soldiers on the ground at a farmhouse, standing next to a military vehicle. The drone zooms in, at which point one of the soldiers appears to look up and spot it, raising his hand and giving it the finger.

The footage then shows the area being blown up.

The images were shared online by Anton Gerashchenko, an adviser to the Minister of Internal Affairs of Ukraine, along with the caption: “Zaporizhzhia region. The filigree work of the special forces of the 15th Main Directorate of the DVKR SBU [Security Service of Ukraine].”

Ukrainian media have reported that the operation killed 82 Russian soldiers, although this figure has not been independently verified.

The adviser reportedly said: “The cost of such an attack copter – a drone made by the Aerorazvedka association – is only 35-40 thousand dollars. And the effect in terms of destroyed Russian equipment would be measured in billions of dollars a month.”

He added: “This is an inexpensive and effective method of fighting the occupiers.”