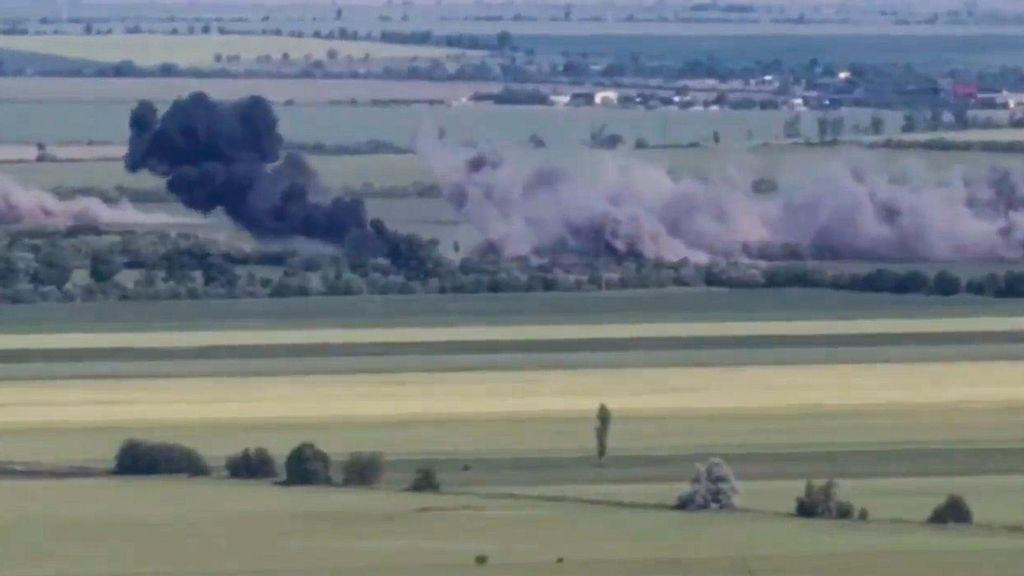 The 28th separate mechanized brigade destroy equipment of Russian Army, in the Mykolayiv and Kherson regions, in Ukraine, in May, 2022. (@28brigade/Zenger).

These images reportedly show Russian military equipment being destroyed by Ukrainian forces near the southern cities of Mykolaiv and Kherson.

The footage apparently shows Russian military forces being destroyed by Ukrainian firepower, with large plumes of dark grey smoke rising into the air as they are hit in open fields.

The images were obtained from the Ukrainian Armed Forces’ 28th Separate Mechanized Brigade, who said: “The artillery war continues, the 28th brigade chases and burns the occupiers’ equipment on the landings of Kherson and Mykolayiv regions. Escaping conquerors flee our land.”

The 28th Separate Mechanized Brigade is named after the Knights of the Winter Campaign, who were forces who fought against Bolshevik forces during the Ukrainian-Soviet War that lasted from 1919 to 1920.