Russian troops invaded Ukraine on February 24 in what the Kremlin is still calling a "special military operation".
By Joseph Golder May 31, 2022
Facebook
Twitter
Linkedin
Email 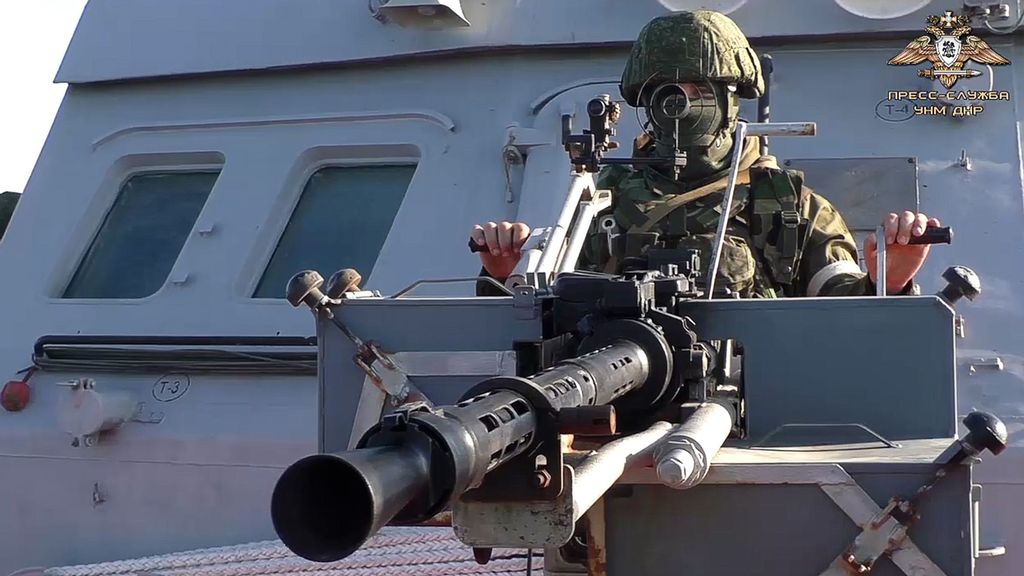 Dry cargo ship of the Slavutich type became first that completed loading at the port of Mariupol after the end of hostilities. (People's Militia of the DPR/Zenger)

This footage released by pro-Russian separatists reportedly shows the first freight vessel arriving in the port of Mariupol since the beginning of the war in Ukraine.

The images show a tugboat escorting the cargo ship into port under the watchful eye of a military vessel. The footage then reportedly shows scrap metal being loaded onto the vessel as the footage ends.

“The resumption of the work of the port became possible thanks to the specialists of the Black Sea Fleet.

“The entrance to the harbor was unlocked from sunken floating cranes, the mine danger was eliminated. The port is free and has started its work from today.”

Russian state media also carried the report, stating that the Slavutich-type ship was the first to enter the port of Mariupol since the “liberation” of the strategic port city and since the beginning of the war, which they are still calling a “special military operation”.

They added that scrap metal is destined for the port of Rostov-on-Don, in southern Russia, and that their seizure is lawful under agreements established before the “special military operation”.

Ukrainian officials believe that approximately 20,000 civilians have died in Mariupol. The last Ukrainian forces, which were holding out at the Azovstal steelworks, in a complex system of underground bunkers and passageways, recently surrendered Russian forces.

The Ukrainian government is attempting to get them back in a prisoner exchange with Russia.