The massive fire took place in the city of Sadieville, in Scott County, Kentucky.
By William McGee May 31, 2022
Facebook
Twitter
Linkedin
Email 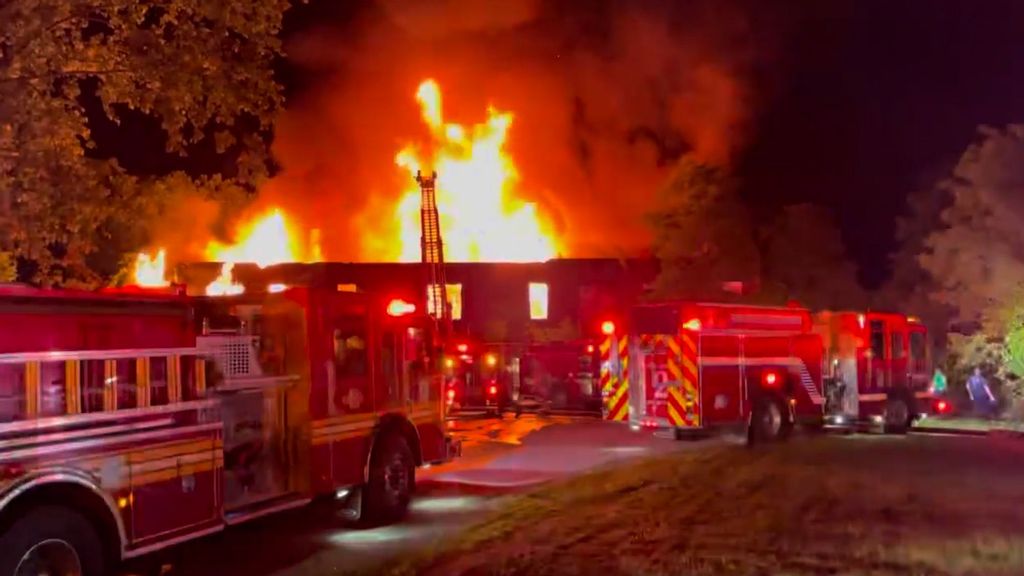 Fire Crews at old Sadieville School on May 30, 2022, in Scott County, Minnesota. (@ScottCoKySheriffsOffice/Zenger).

Four people have been charged over a huge blaze at a school building that was almost 100 years old, as seen in video footage.

The massive fire took place in the city of Sadieville, in Scott County, Kentucky.

The Scott County Sheriff’s Department has charged two suspects it named as Cody Kirk and Cameron Speigle with burglary in the third degree and arson in the second degree.

The two are said to have admitted during questioning to entering the building illegally and then setting fire to it intentionally.

The massive blaze started at around 2 a.m. on Monday, May 30. The footage shows at least three fire engines tackling the blaze as large flames can be seen rising out of the building towards the sky.

Two minors have also been charged over the incident and are being held in the Fayette County Regional Juvenile Detention Center, which is located in Lexington, also in Kentucky.

The two adult suspects are being held in the Scott County Detention Center and were due to appear in court on Tuesday, May 31.

The police said that they were arrested after local residents tipped off the police.

“Cody Kirk and Cameron Speigle were interviewed and confessed to burglarizing the school and then setting fire to it,” said the sheriff’s office.

The sheriff’s department added: “There are also two juveniles who are being charged and held at the Fayette County Regional Juvenile Detention Center.”

According to the statement, deputies continue with their investigation and further details will be provided when available. The investigation into the incident is ongoing.

The City of Sadieville said that the building would have turned 100 years old in 2024.