Deputies arrived at the residence around 1:30 p.m. to find Francioni barricaded in his home.
By Pol Fernandez May 31, 2022
Facebook
Twitter
Linkedin
Email 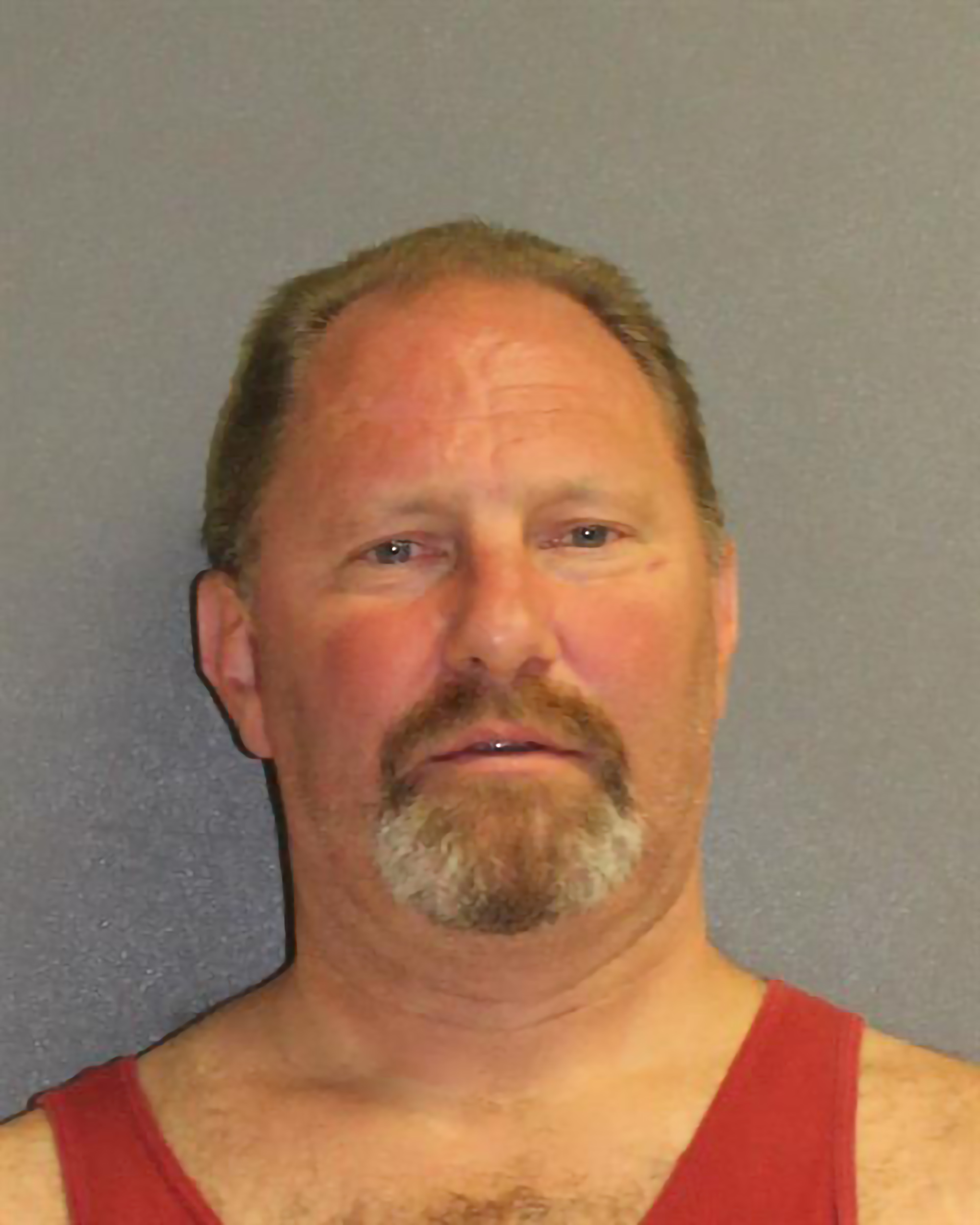 Mark Francioni, 51, was arrested after for armed domestic situation after a seven-hour standoff, on May 26, 2022 in Palm Coast, Florida. (volusiamug/Zenger)

Footage released by police in Florida shows drunken gunman brought down by an agonizing police rubber bullet in his crotch.

Suspect Mark Francioni, 51, had surrendered after a terrifying seven-hour standoff holding his partner at gunpoint in Palm Coast City, Florida, on May 26.

But when he finally emerged after his front door was battered down by a police robot unit, Francioni refused to obey orders to keep his hands above his head.

And as his left hand wandered towards his jeans pocket, Flagler County Sheriff officers opened fire with rubber baton rounds.

One caught Francioni directly in his groin, doubling him up in pain as he staggered forward and groaned “Oh f*** it!”

Earlier Francioni is said to have kept his partner at gunpoint after threatening to kill her and then shoot himself.

He reportedly told her he “could kill her right now” and that he “was going to put a bullet in her head.”

The victim then heard a gunshot, ran to the room and saw Francioni standing near the bed, saying: “Now I know it works, and you’re next.”

The next morning, Francioni continued his aggressive behavior and took the victim’s mobile phone, throwing it at her leg, as she attempted to leave the home.

She then made her way to the front door, opened it and was grabbed and pulled back in by Francioni, The victim then screamed for help.

Eventually, she was able to escape to a neighbor’s house and called the police.

Deputies arrived at the residence around 1:30 p.m. to find Francioni barricaded in his home.

The Special Weapons and Tactics Team (SWAT) and Crisis Negotiations Team (CNT) of the Flagler County sheriff’s office responded after learning there were multiple firearms in the home, which Francioni refused to exit.

Throughout the afternoon and into the evening, he made multiple threats to harm himself and others while drinking heavily.

After seven hours of negotiations which had deteriorated as he became more intoxicated and irrational, Sheriff Rick Staly authorized the SWAT team to use the battering ram on the armored Bearcat to force open the barricaded door.

The video shows how the door was destroyed by the battering ram on the Bearcat armored personnel carrier and Francioni stepped out.

Since he failed to follow orders, he was struck with two less-lethal 40mm rubber rounds and was then secured without further incident.

Sheriff Staly said: “This drunken dirtbag had multiple firearms in his possession and disturbed the neighborhood for hours.”

Francioni had previously been charged in Volusia County in 2010 for Domestic Battery, Driving Under the Influence and was charged in 2005 in Pennsylvania with Aggravated Assault.

This time, Francioni is facing charges for Felony Domestic Battery and Aggravated Assault.