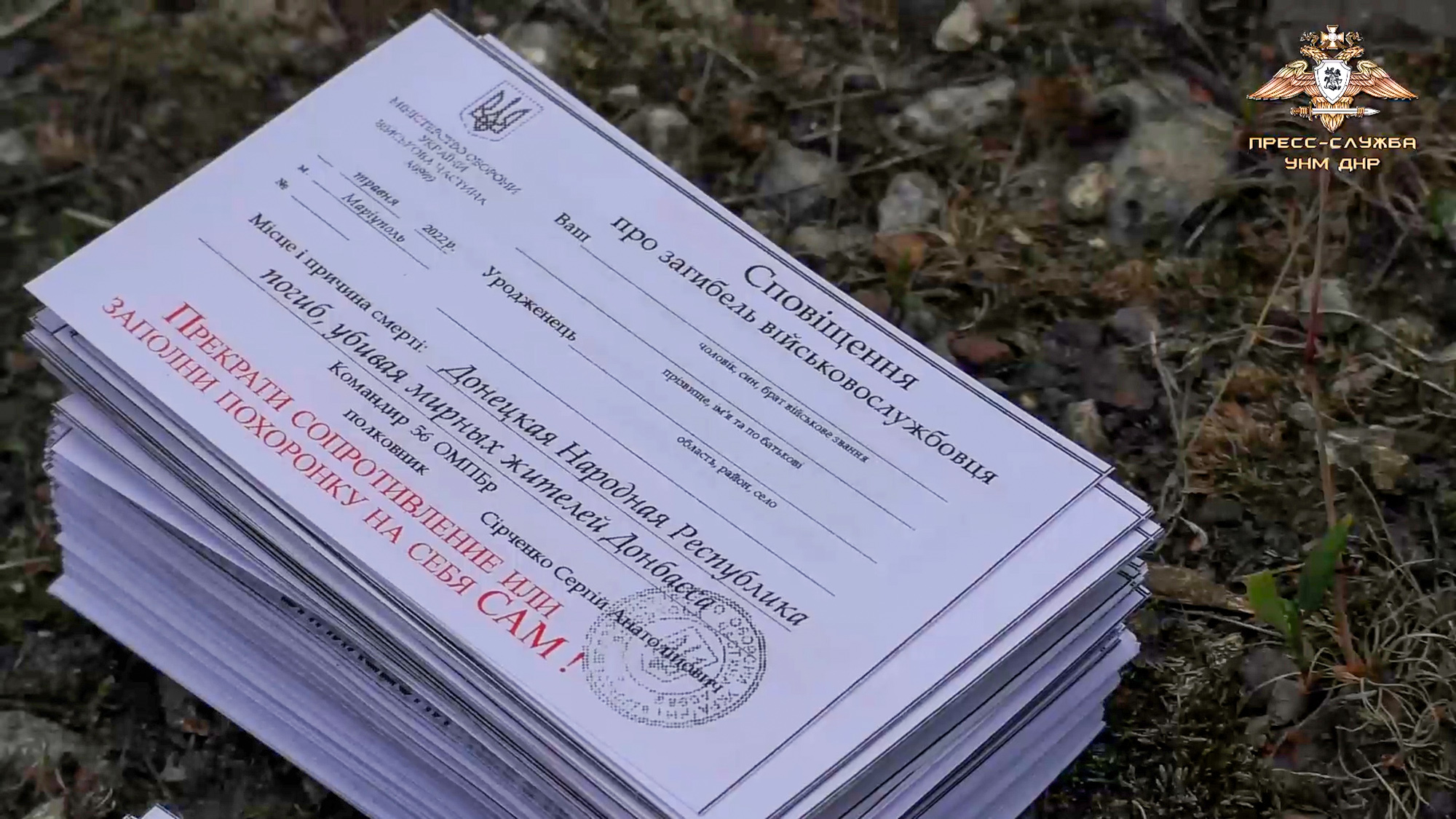 The Peoples Militia of DPR is using methods like sending leaflets of the appropriate content with help of drone. Words on paper: Death Certificate. Stop resisting or fill out your death note. (People's Militia of DPR/Zenger)

Based in the contested Donbas region, the People’s Militia of the so-called Donetsk People’s Republic (DPR) said they are using “death notes” to ‘nudge’ Ukrainians into giving up the fight.

In the footage, a DPR soldier explains: “The Peoples Militia of DPR is using methods like sending out leaflets.

“Death Certificates. ‘Stop resisting or fill out your death note’. Sent from our drones.

“Right now we are near the contact line where we launch drones with leaflets of the appropriate content.”

The video shows the unit then attaching the propaganda to the drone and sending it off to its destination.

In the second video, DPR member Konstantin Kolybelskiy says: “Today we will be broadcasting directly to the enemy.

“[In Ukrainian] we have over 2,000 people. Nobody needs us except our families. We are thrown to the slaughter by the Ukrainian oligarchs.”

He adds: “We made the broadcast in two languages, Russian and Ukrainian.

Elsewhere, pro-Russia forces have gained control of the city of Lyman in Donetsk Oblast, according to Ukrainian officials, following what they called a well-organized attack.

The Kremlin is still calling it a “special military operation” but now says the goal is to “protect Donbass”. May 30 marks the 96th day of the invasion.