Russian troops invaded Ukraine on February 24 in what the Kremlin is still calling a "special military operation".
By Lee Bullen May 31, 2022
Facebook
Twitter
Linkedin
Email 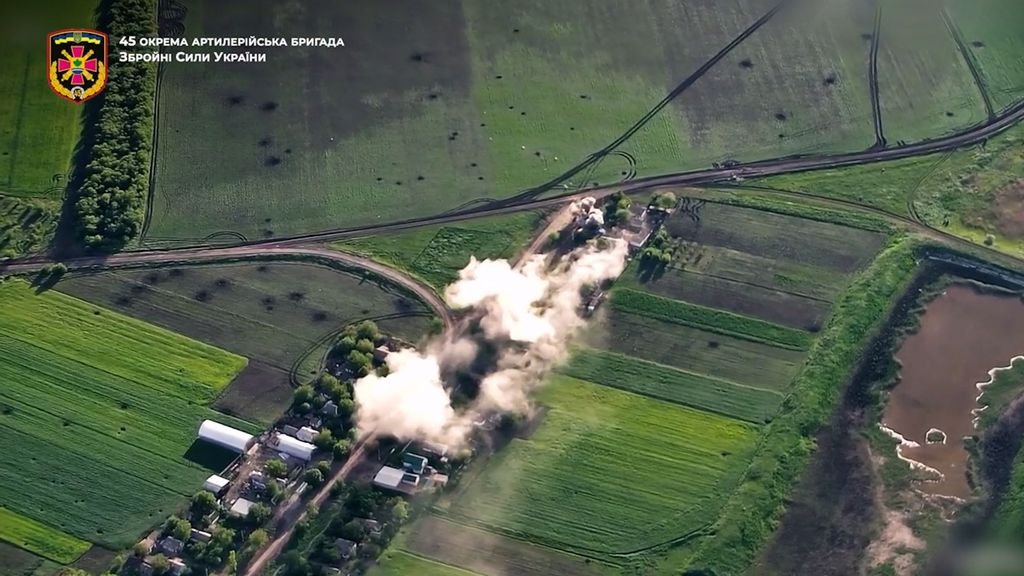 The 45th Separate Artillery Brigade of the Ukrainian Armed Forces shared a video of the destruction of Russian forces and equipment in Zaporizhzhia Oblast in Ukraine. (@45oabr/Zenger).

This is the moment in a released video when Ukrainian soldiers blitz a Russian unit in several village buildings.

The 45th Separate Artillery Brigade of the Armed Forces of Ukraine said the attack took place in a village near the city of Huliaipole in the southern Ukrainian region of Zaporizhzhia Oblast.

The brigade joked that they organized a “hellish party” for the invading unit after noticing them traveling to the Ukrainian village to “look for a DJ and musical instruments”.

The Ukrainian brigade said on May 27: “In one of the hamlets in the Huliaipole region, orcs organised a mass movement. They were very busy – they were probably looking for a DJ and musical instruments. With the help of cannons of 45 rounds and cooperation with air reconnaissance units of 15 GU DVKR and Azov, we organized a hellish party.”

In the footage, the defending forces identify several buildings in the village and rain down bombs on the Russian positions, apparently destroying military gear and killing enemy soldiers.

While the Russian MoD claimed in a statement on Sunday, May 29 that “in total, 183 Ukrainian aircraft and 128 helicopters, 1,049 unmanned aerial vehicles, 325 anti-aircraft missile systems, 3,309 tanks and other armored combat vehicles, 447 multiple launch rocket systems, 1,722 field artillery and mortars, as well as 3,270 units of special military vehicles were destroyed during the operation.”

Russian President Vladimir Putin signed a decree that makes it easier for Ukrainians in occupied areas to become citizens of Russia. He also scrapped the upper age limit for contractual service in the military.