1 Dead, 2 Others Rescued After Avalanche In Colorado 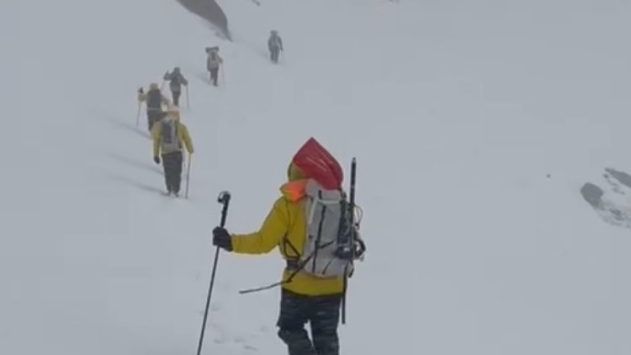 One man was killed and two others were injured after winter weather conditions caused a rock fall and avalanche on Mount Meeker at Rocky Mountain National Park in Colorado on Sunday, May 29.

About five hours after the initial report, a brief break in winter weather on the mountain allowed a rescue operation to take place for an injured male. Due to the severity of the injuries and location of the person, the park’s search and rescue team needed assistance from a Colorado National Guard helicopter to extricate the male, the park said in a press release. The man was then flown to Upper Beaver Meadows in nearby Estes Park, Colorado, before eventually being transported to a nearby medical center.

A couple of hours after the male was transported, a female climber who suffered minor injuries was flown to a medical facility for further evaluation.

For the next hour, a Rocky Mountain National Park search and rescue crew continued to search for a third climber that was reported missing. Searchers used a reconnaissance device and probed avalanche debris to find the man, eventually leading to the discovery of his body at about 5:15 p.m., about eight hours after the rock fall and avalanche were first reported.

The transponder the man was carrying on him is typically used by those in avalanche-prone areas. When worn, the device makes a person searchable to professional mountain rescue teams if an avalanche occurs, according to Snow Safe.

The man’s death was the 17th avalanche-related death in the United States so far this year, a much lower total than the 37 fatalities during the 2020-21 season.

Recovery operations were delayed due to winter weather conditions that were persistent in the area throughout the day on Sunday.

A weather observation site located in Dakota Hills, about 25 miles south of Mount Meeker and about 30 miles northwest of Denver, reported below-freezing temperatures for much of the day on Sunday. When the event was first reported, temperatures were in the upper 30s with wind gusts in the mid-teens at Dakota Hills. Earlier in the morning, visibility was as low as one-quarter of a mile and wind gusts topped 26 mph.

Winter weather hampered rescue operations as snow and strong wind gusts impacted where the rescue teams worked, which was above 11,500 feet.

Mount Meeker is the second-highest peak in Rocky Mountain National Park, behind Longs Peak, which stands at 14,259 feet. Mount Meeker is located about 20 miles northwest of Boulder, Colorado, and is a popular destination for hiking, climbing and mountaineering.