Zenger News obtained the footage from the Ministry of Defense (MoD) of the Russian Federation on Thursday, May 26.
By William McGee May 30, 2022
Facebook
Twitter
Linkedin
Email 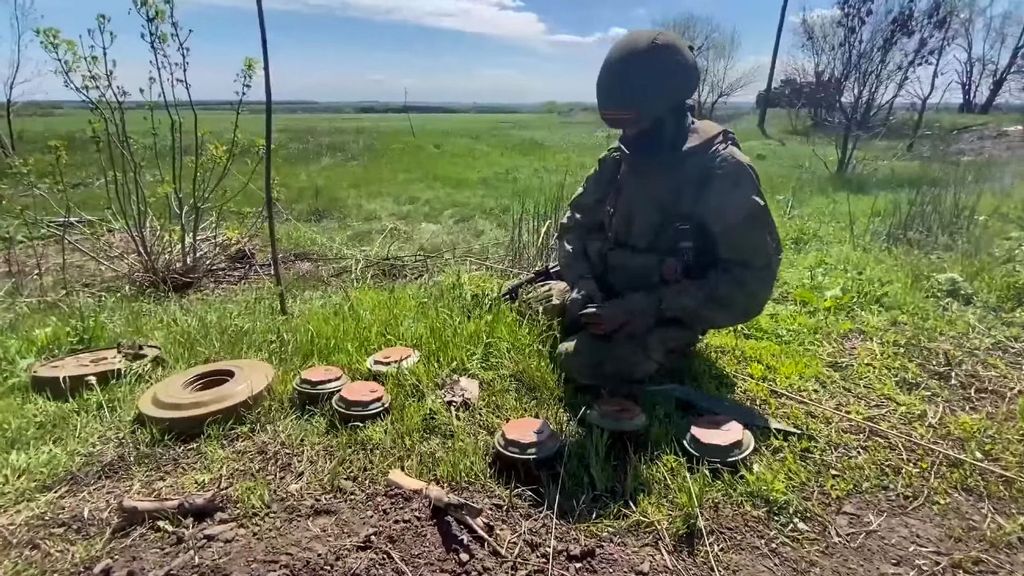 Russian soldiers demining of settlements in the Kharkiv region in May 2022. (Ministry of Defense of Russia/Zenger).

The official clip comes as Russian forces shell other areas of the country, resulting in fatalities.

Zenger News obtained the footage from the Ministry of Defense (MoD) of the Russian Federation on Thursday, May 26.

The Russian MoD said the clip showed “demining of settlements in Kharkov Oblast”.

The focus of Russia’s invasion of Ukraine is now firmly on the eastern Donbas region. However, Russian troops are also currently occupying swathes of northern and eastern Kharkiv Oblast, where the footage was allegedly filmed.