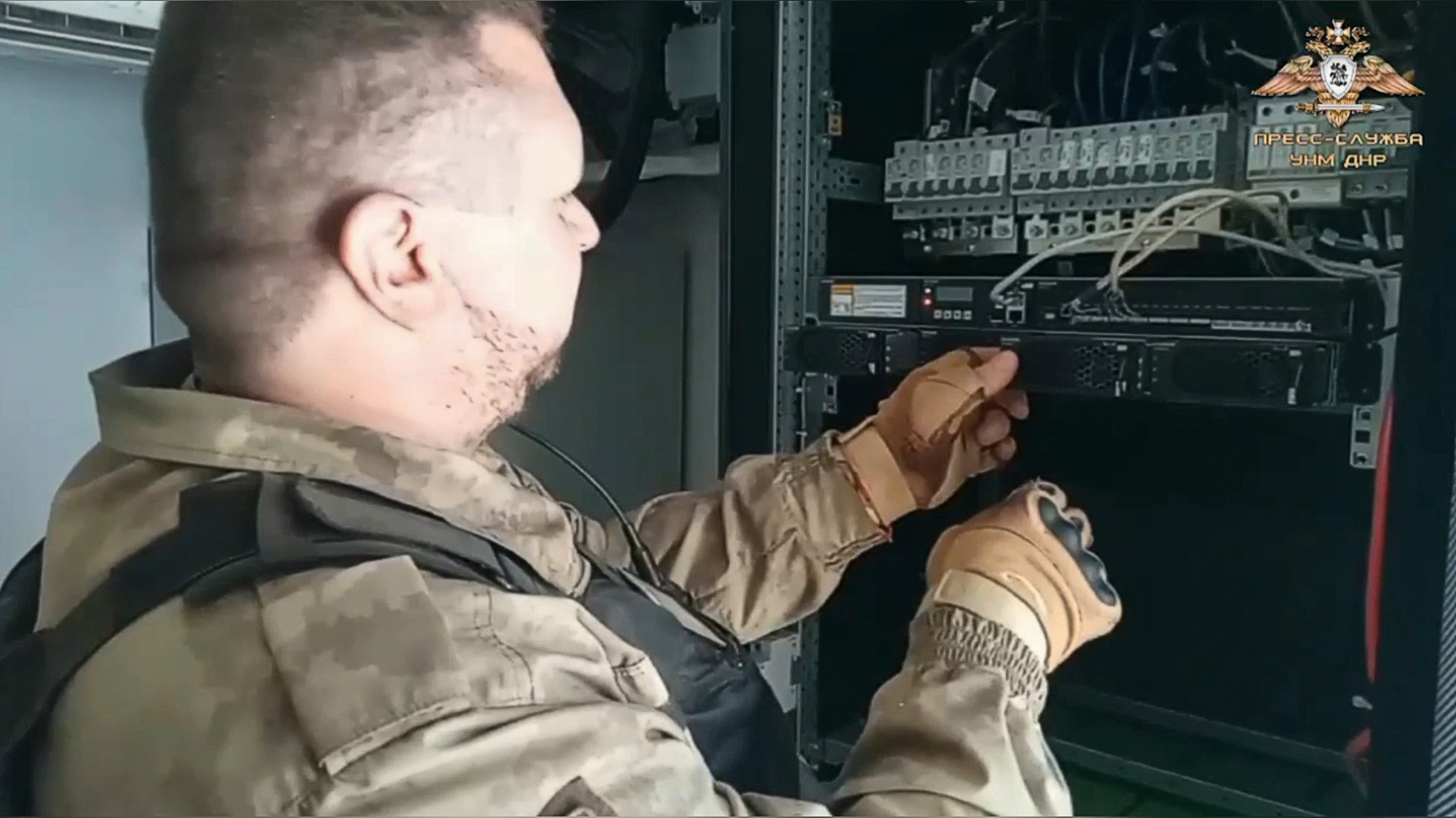 Pro-Russian DPR and LPR forces took Svetlodarsk and cut off Ukrainian radio, TV and mobile operators in May 2022. (Press Service of the UNM DPR/Zenger)

In a video, pro-Russian troops capture the telecommunications tower of the Ukrainian Army FM radio station, raise a DPR flag and close down its broadcasts.

The People’s Militia of the so-called Donetsk People’s Republic (DPR) said they seized the radio station after “liberating” the city of Svetlodarsk in the eastern Ukrainian region of Donetsk Oblast.

The pro-Russia militia said on May 26: “Infocenter of Svetlodarsk is under the control of the allied forces.

“After the liberation of Svetlodarsk, the soldiers of the joint forces, specialists of the Armed Forces of the Russian Federation, the People’s Militia of the DPR and the Donetsk RTPC stopped broadcasting the Ukrainian radio channel ‘Army FM’ and two analog TV channels.

“At the same time, the base stations of Ukrainian mobile operators in the area of hostilities were promptly disabled.”

The DPR unit added: “Svetlodarsk was liberated by the joint grouping of troops of the Russian Federation, LPR and DPR. The defense line of the Armed Forces of Ukraine was broken in the vicinity of Svetlodarsk. The city was liberated from Ukrainian occupation. Fighting continues in the Novoluhanske area.”

Russian troops invaded Ukraine on February 24 in what the Kremlin is still calling a “special military operation.” May 26 marks the 92nd day of the campaign.

In other developments, Ukrainian officials said Russian forces have attacked more than 40 towns in the eastern Donbas region.