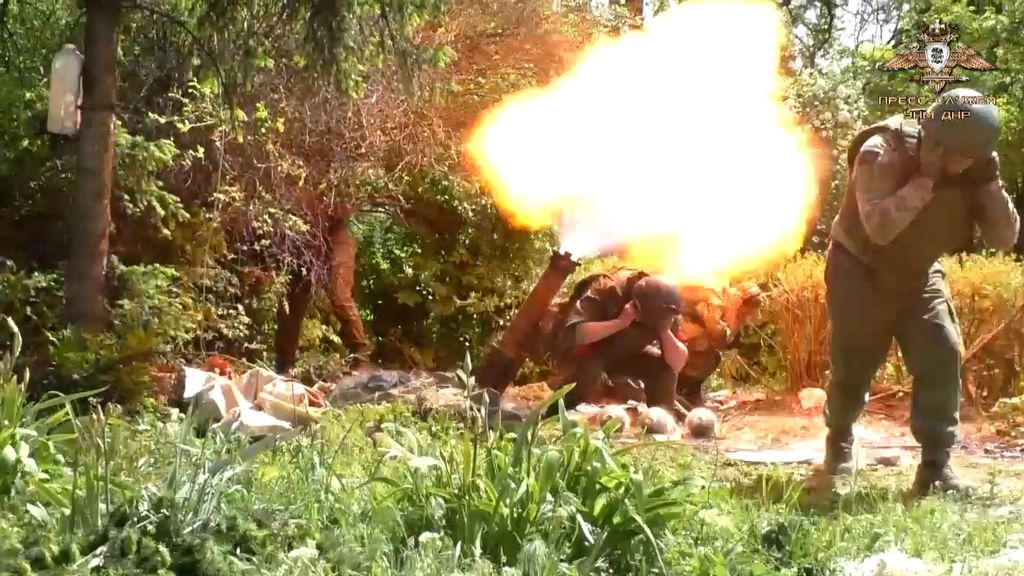 Ukrainian nationalists suffer heavy losses in the Novomikhailovsky direction in May 2022.  (Press Service of the UNM DPR/Zenger).

The People’s Militia of the the so-called Donetsk People’s Republic (DPR) claim they inflicted heavy losses on the Ukrainian forces with the support of high-tech drones.

The DPR militia said on May 26: “Ukrainian nationalists suffer losses in the area of Novomikhailovsky.

“Soldiers of the People’s Militia of the DPR, with the support of modern UAVs [unmanned aerial vehicles], conduct accurate mortar fire on Ukrainian nationalists. As a result, the enemy suffered heavy losses.”

The death toll from shelling in Ukraine’s second-largest city Kharkiv yesterday has now reached nine people, including a baby.

The Kremlin is still calling it a “special military operation” but now says the goal is to “protect Donbass”.