"Artillerymen of the NM LPR destroyed the stronghold of the Armed Forces of Ukraine in Severodonetsk" says the People's Militia.
By William McGee May 30, 2022
Facebook
Twitter
Linkedin
Email 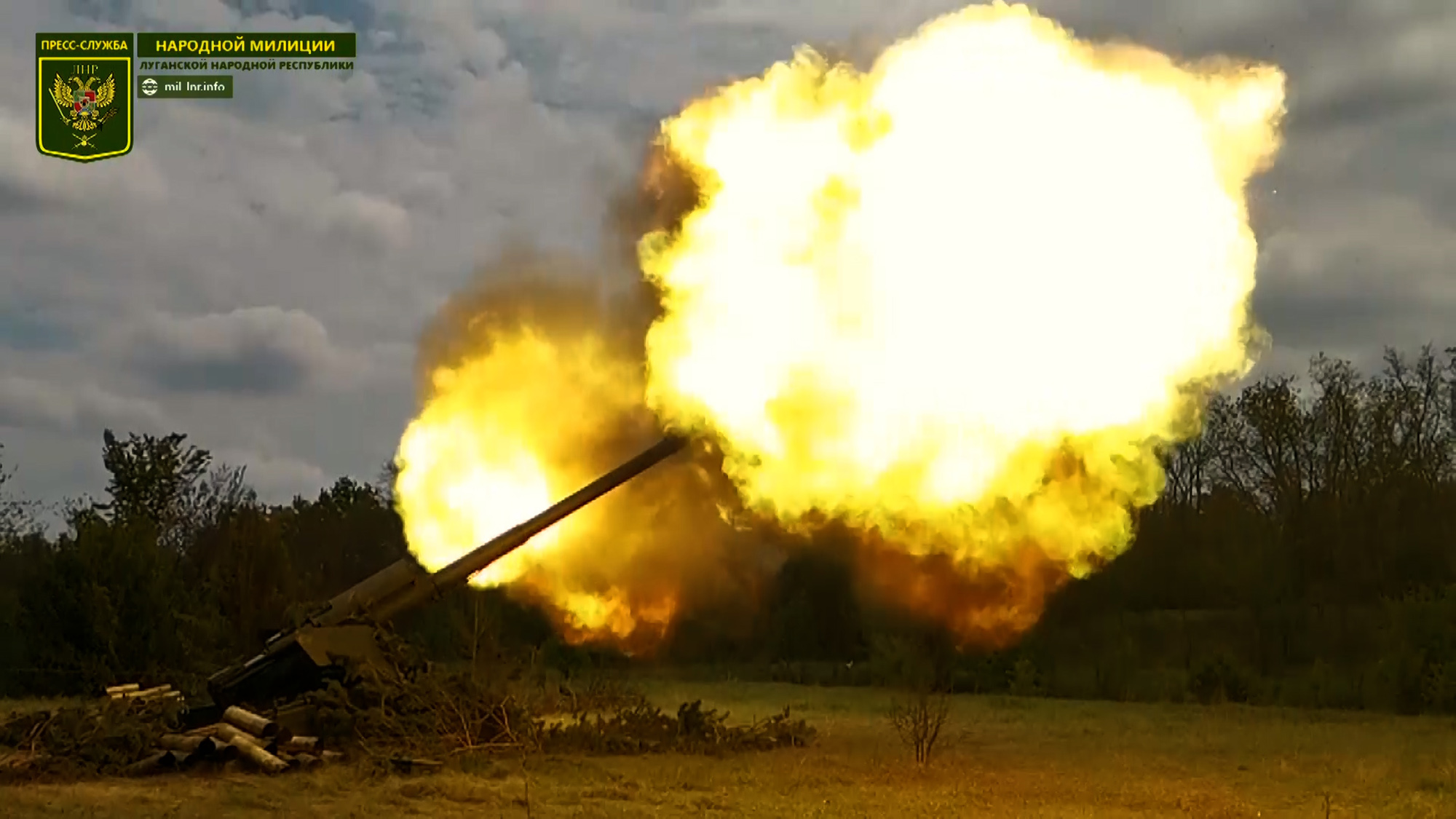 Artillerymen of the People's Liberation Army destroyed the APU base in Severodonetsk in Ukraine in May 2022. (People's Militia of LPR/Zenger)

Zenger News obtained the footage from the People’s Militia (NM) of the LPR (Luhansk People’s Republic) earlier today (Friday, May 27).

The video shows soldiers in a rural area loading shells into an artillery system, which they proceed to fire.

The clip intersperses these shots with images of already heavily-damaged buildings in an urban area being blasted.

The militia said (in Russian): “Artillerymen of the NM LPR destroyed the stronghold of the Armed Forces of Ukraine in Severodonetsk.”

Severodonetsk is the transliterated spelling of the Russian name for the embattled city of Sievierodonetsk, which LPR forces are fighting fiercely to gain control of.

Heavy fighting is currently going on on the outskirts of the city, which is under almost continuous shelling as pro-Russia troops try to capture it.

The mayor of Sievierodonetsk said 60 percent of housing in the city had been completely destroyed and up to 90 percent of buildings damaged.

Elsewhere, pro-Russia forces have gained control of city of Lyman in Donetsk Oblast, according to Ukrainian officials, following what they called a well-organized attack.

The Kremlin is still calling it a “special military operation” but now says the goal is to “protect Donbass”. Today marks the 93rd day of the invasion.