Pinning On A Nickname: Woman Dubbed ‘The Borg Queen’ By Friends For Unusual Brain Tumor Treatment

An MRI scan revealed a tumor and in February 2019 Elaine, from Brampton Bierlow, underwent surgery to remove it.
By Darko Manevski May 30, 2022
Facebook
Twitter
Linkedin
Email 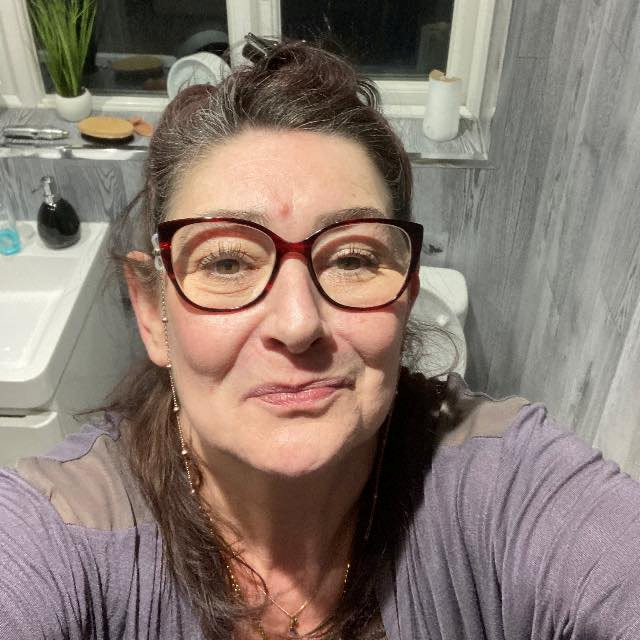 A woman with a brain tumor had treatment with pins in her head - which caused pals to compare her to 'The Borg Queen' from Star Trek. (Matthew Newby SWNS/Zenger)

A woman with a brain tumor had treatment with pins in her head – which caused pals to compare her to ‘The Borg Queen’ from Star Trek.

Elaine Godfrey, 58, started getting headaches in the spot which she had bumped years earlier, leaving her with a suspicious lump.

After Elaine went to see a physician, she was immediately referred to the Royal Hallamshire Hospital in Sheffield, England.

An MRI scan revealed a tumor and in February 2019 Elaine, from Brampton Bierlow, Rotherham, in northern England, underwent surgery to remove it.

But shortly after, another MRI revealed a second tumor which surgeons couldn’t operate on in the traditional way because of its position.

She was told it was too close to her pituitary gland – forcing the surgeons to find an alternative treatment.

Instead, the team at Royal Hallamshire Hospital performed gamma knife surgery, which stopped the tumor’s growth.

In December that year, she had the missing section of her skull replaced with titanium plates.

During that time, she had to wear an unusual-looking head device and pins inserted around her head – which made her look like something from Star Trek.

She said: “I got a big lump on my head, but it wouldn’t go away. It was seriously hard, and it felt like bone.

“My GP sent me for X-rays but I was told it was just a bump and I was fine.

“The neurologist then said he was going to have to remove part of my skull, about the size of a spread-out hand.

“My friends now call me the Borg Queen, after the character from Star Trek, which I think is hilarious!”

Her latest MRI scan has since shown the tumor is still stable.

This month she is in the process of jogging 26.2 miles to raise money for Brain Tumor Research.

She said: “I’m not a fitness fanatic and I find it hard to walk in a straight line because I have vertigo, but I joined a fitness camp to build up my strength and I’m loving the challenge.

“I’ve never done anything like this, but it’s so important that more research is carried out into brain tumors, because not enough is being done.”

Brain Tumor Research is the only national charity in the United Kingdom focused on finding a cure for brain tumors through campaigning for an increase in the national investment into research.

It also funds sustainable research at dedicated centers in Britain.

Matthew Price, community development manager at Brain Tumor Research said: “We’re really grateful to Elaine as it’s only with the support of people like her that we’re able to progress our research into brain tumors and improve the outcome for patients who are forced to fight this awful disease.

“Unlike many other cancers, brain tumors are indiscriminate.

“They can affect anyone at any time.

“Too little is known about the causes and that is why increased investment in research is vital.”