Footage from the arrest shows the confused suspect eventually giving himself up as he emerges from a stand of trees.
By Pol Fernandez May 30, 2022
Facebook
Twitter
Linkedin
Email 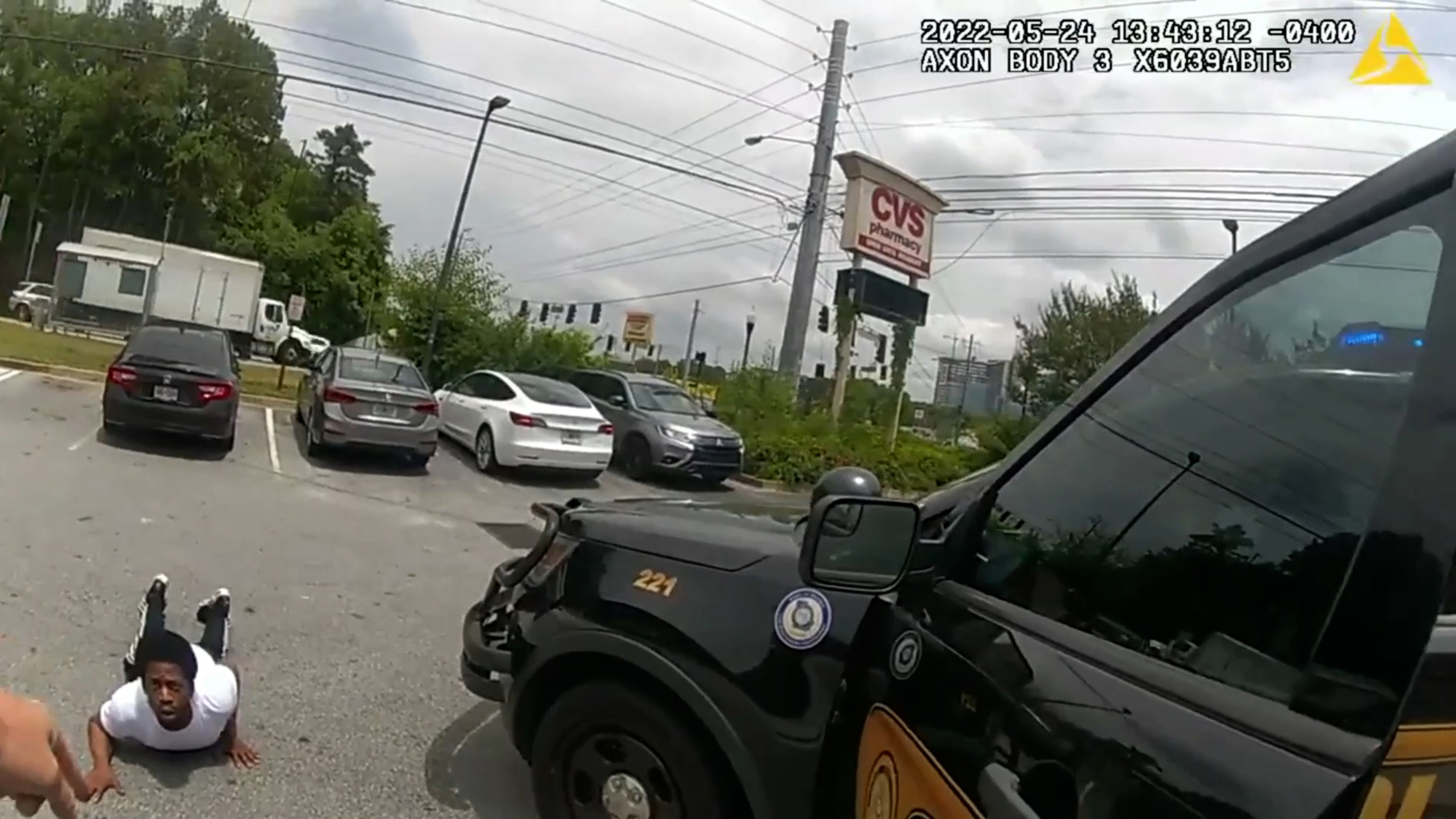 A baffled armed robbery suspect was seized by police when a drone tracked him down, hiding in dense undergrowth.

The suspect – believed to have taken part in a violent heist – clearly thought he had given officers in Brookhaven, Atlanta, Georgia, USA, the slip.

But he was followed by a police drone shadowing his every move as he tried to get away on May 24.

Footage from the arrest shows the confused suspect eventually giving himself up as he emerges from a stand of trees.

To add insult to injury, the police then point up to the drone in the sky that had pinned him down.

Earlier, the police had seized another heist suspect.

The pair – named as Alton Johnson, 27, and 30-year-old Shyquan Collins – were wanted for a violent armed robbery in Charlotte, North Carolina, earlier that day.

After the arrests, officers learned that the suspects were accused of shooting the victim in the Charlotte armed robbery before fleeing to Georgia.

Shyquan Collins was charged with obstruction, giving a false name and date of birth and driving while his license was suspended.

The Brookhaven Police Department successfully launched the Drone First Responder (DFR) program with the goal of providing aerial support and real-time intelligence to first responders within seconds of being notified of an incident on the ground, in April 2021.

Drones, or Unmanned aerial vehicles (UAVs) as they are also known, have been used by police services around the world since the turn-of-the-century, as they are much cheaper than helicopters and do not need a crew.

They can be used to search and rescue operations, or for patrols and other tasks that might otherwise have needed a fully-crewed helicopter.

The camera systems have become increasingly sophisticated, and can even identify license plate numbers, and use thermal imaging to search for missing people and catch wanted criminals in heavily forested areas or at night.

They also carry other sensors and radio equipment, and although they are typically unarmed, there has been some speculation of late that U.S. Customs and Border Protection officials have been thinking about arming their UAVs by attaching “non-lethal weapons designed to immobilize” their targets.